The Torch Festival of Chuxiong: The Legend of Atilaba 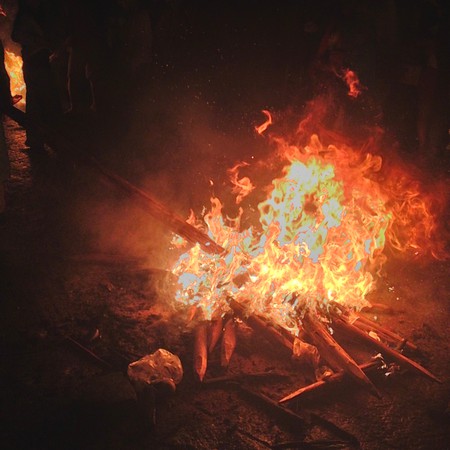 Every summer the Yi people and their northwestern Yunnanese neighbors participate in a ritual that is as old as human history itself: they celebrate fire. Behind the Yi minority torch festival is the epic story of Atilaba.

Who are the Yi?

The Yi ethnic minority people, also known as the Lolo, are native to the highlands of southwest China, mostly making their homes in Yunnan, Sichuan, Guizhou and Guangxi. The Yi have their own written language and their own shamanistic religion (known as Bimoism after their shamans, or Bimaws), but because they mostly live in relatively isolated mountain areas, they are often misunderstood and thought of as being backwards and “uncivilized.” The Yi have an extraordinary musical tradition, including several unique instruments they have invented, like the xianzi, a type of Yi lute, as well as their own dance forms such as their famous Left Foot Dance, a kind of line dance. 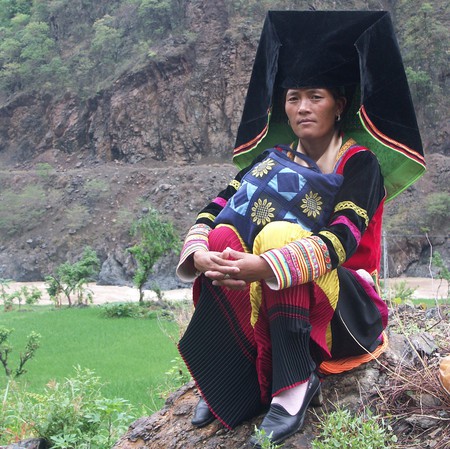 There are actually many branches of the Yi, including the Lolo Yi, the Hua Yao Yi, the Sani Yi, and others as well, based in Yunnan, Sichuan, and Guizhou, with the Yunnanese branch mainly living in around Chuxiong, and the largest population of Yi in China living in Liangshan, Sichuan province. Historically, the Yi practiced slavery, a practice which has been outlawed in modern times, although the stigma of being slavers still follows the Yi in China. The Yi are the seventh largest minority group in China, with over eight million members. 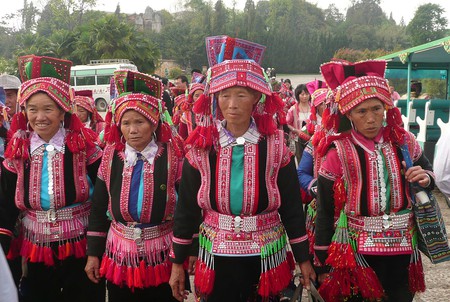 Variations upon the Yi Torch festival take place all over southwest China and are celebrated by not only the Yi, but also the Bai, the Naxi and other minority groups. The Gregorian calendar date varies each year, since Torch festival, like most Chinese festivals, follows the lunar calendar, falling on the 24 and 25 of the 6 month. On the night of the Torch festival, large branches will be assembled into bonfires, and in Chuxiong and the Stone Forest of Shilin, the local Yi people will sing and dance around the fire. 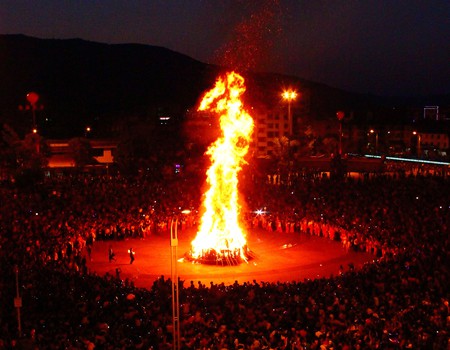 In the villages, where more traditional rituals are still practiced, the people will light torches in front of their homes. They will take a huge torch to the entrance of the village and then out into the farmers’ fields to ward off evil spirits and bad luck. Often Yi families will use this big festival as an opportunity for matchmaking, since all young people will be present in their full festival finery and looking their best. Young Yi women wear triangular pieces attached to the side their headdresses, and when they get married, they will move these triangles from the side of their headdresses to the top, showing their status as married women. 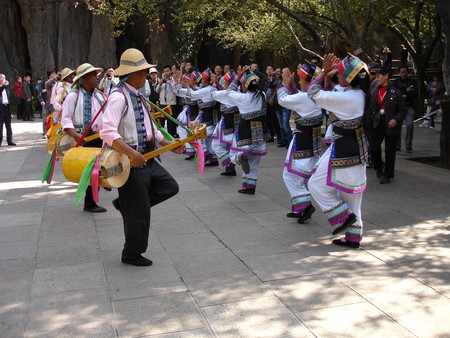 The legend of Atilaba: Defeating the Gods

The reason why the torch is said to ward off evil involves the legend of Atilaba. Atilaba was a legendary strongman, a wrestler with superhuman strength. One day, the great deity Sriabi decided to challenge Atilaba to a wrestling match. The story goes, when Sriabi arrived at Atilaba’s house, Atilaba had stepped out on an errand, giving his mother instructions to feed their guest cakes made of iron. When Atilaba’s mother offered Sriabi the iron cakes, Sriabi was so intimidated that he ran away, assuming that any man who fed upon a diet of iron cakes must be no ordinary strong man. 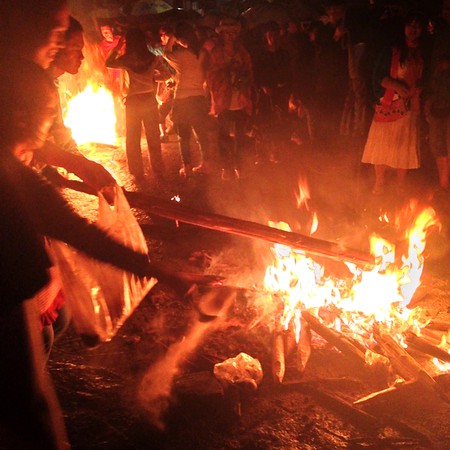 When Atilaba returned home and found Sriabi had run away, he chased him down and demanded the promised wrestling match, which resulted in Sriabi’s death. The death of Sriabi so angered the gods that they sent a plague of locusts down upon the Yi people as punishment. Atilaba knew this punishment was his fault and he was determined to save his people. He created giant torches out of pine trees and used these to fend off the pests, instructing his people to place the torches around the village, and ever since Torch Festival has been celebrated as an example of the Yi people’s triumph over adversity. 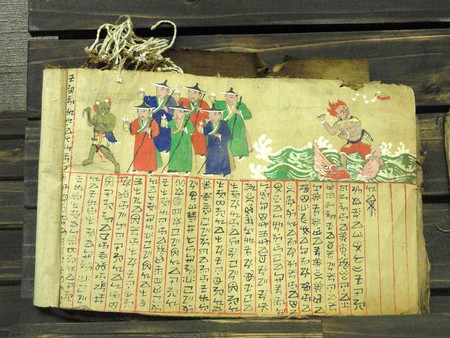