The Top 10 Things to See and Do in Shenzhen 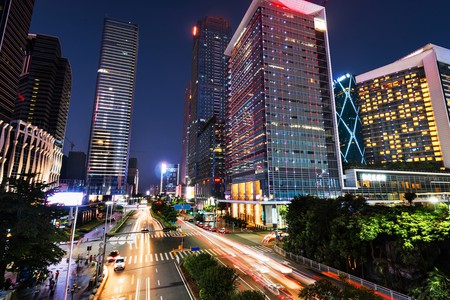 Just across the Hong Kong border lies UNESCO-awarded city of design Shenzhen, a southern Chinese metropolis that has exploded in size since it became a Special Economic Zone in 1979. Once a market town of 300,000, it is now the stomping ground of over 10 million citizens across ten districts. While it is home to mainland China’s first stock market and MacDonald’s, the city has a lot more to offer than the window it has provided into the world of capitalism. Read our guide below for tips on how to make the most of Shenzhen’s historical, design, shopping and culinary offerings.

Those wanting to gawp at the breathtaking views of the Shenzhen-Hong Kong border would be advised to head to Diwang Mansion, one of the city’s tallest buildings. Located on the 69th floor at a height of 384 meters, the Meridian View Centre supplies telescopes with which you can view the mega-city in all its sprawling glory. You’ll see strips of green entwined with the glimmering skyscrapers and modern architectural wonders. 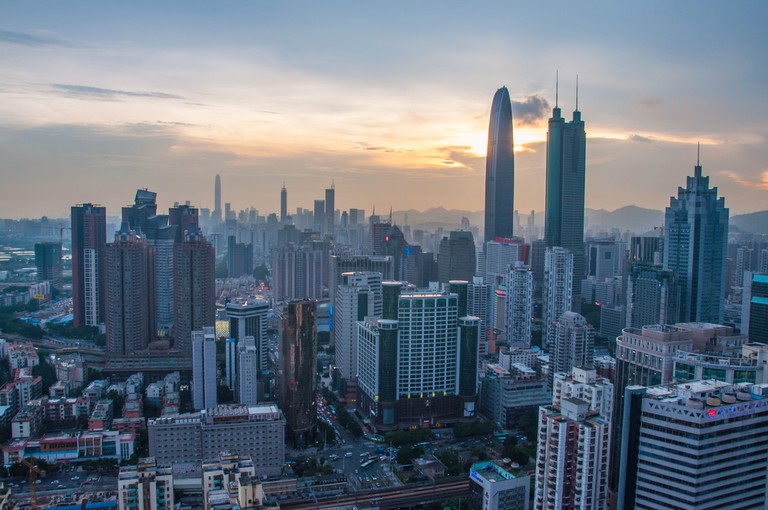 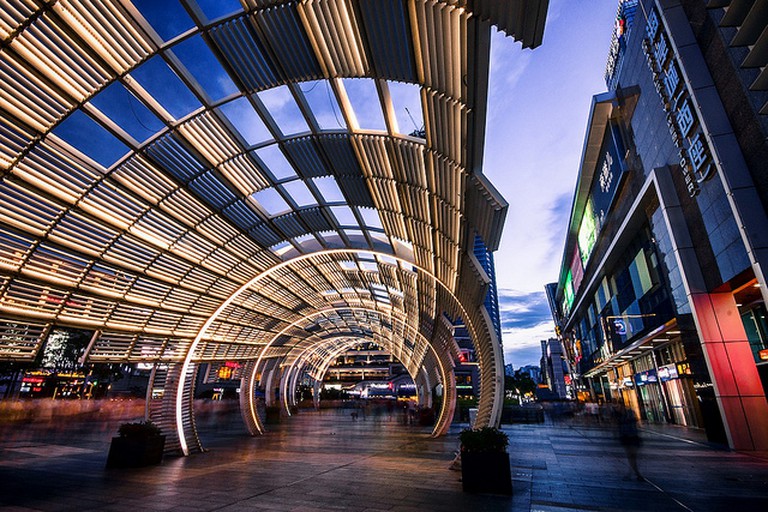 Like it’s hilly neighbor Hong Kong, Shenzhen is much more than cityscapes and shopping malls. Escaping into the countryside is a must. The Nanshan mountains in Shekou prove to be a particularly pleasurable getaway. With beautiful views of the ocean and moderate climbs, its tranquillity and remoteness provide a wonderful contrast to the hustle and bustle of the city. 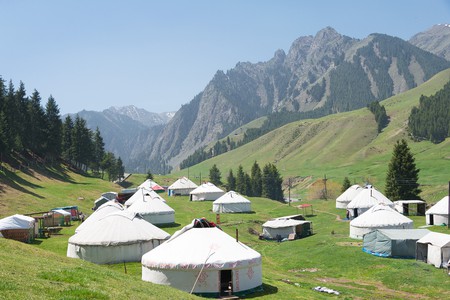 This western-style entertainment zone got a total revamp in 2003 when the government chose to capitalize on the reputation it had garnered as a spot popular for its international scene. With chilled out beer gardens and more raucous clubs, it’s just as good a place to spend a boozy afternoon as it is for going on a heady night out. Sea World is not to be confused with Shenzhen’s marine park in Xiaomeisha. 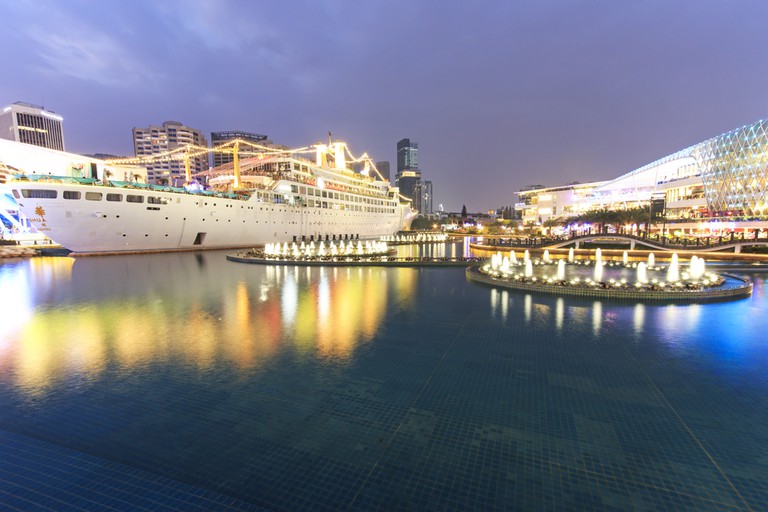 Dancing Fountains in New Sea World Plaza, one of the landmark of Shenzhen| © outcast85/Shutterstock

The economic heart of the city, Futian CBD is a must-see for those fascinated by modern architecture. Home to a gleaming new city government building alongside a vast library, concert hall and youth palace, the district is emblematic of the Shenzhen story—it’s bold, futuristic, impressive and only started to come into its own after the ’90s. Stretching into the sky is the (as yet) unfinished Ping An Finance Centre, which will be one of the world’s tallest buildings when completed. 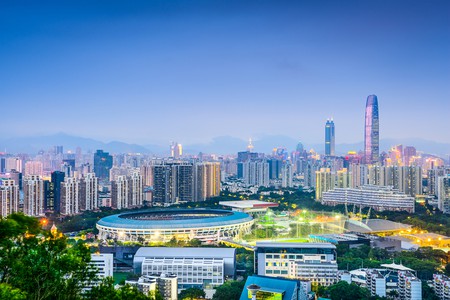 Shenzhen might be famous for its flashy modernity, but this doesn’t mean it’s devoid of history. In fact, records of human habitation in the region stretch back centuries. Shenzhen museum gives a good overview of the area’s history, ranging from prehistoric times to present day. Highlights of the displays found within include replica streets and extensive information on its boom following 1979’s dramatic policy reforms. 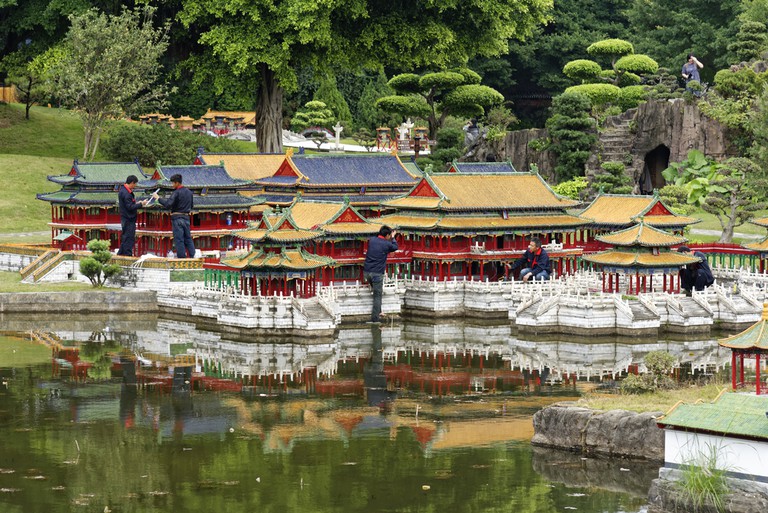 Window of the World

A visit to China would not be complete without a truly kitsch experience. This can be found at Window of the World, a ‘mini-globe’, where you can find replicas of the Eiffel tower, the Niagara falls and the leaning tower of Pisa—all in miniature. Around 130 tributes to global attractions are dotted around the park, which offers a curious glimpse at how entertainment developers portray the outside world in a country that opened up to the global market thirty years ago, after decades of insularity. 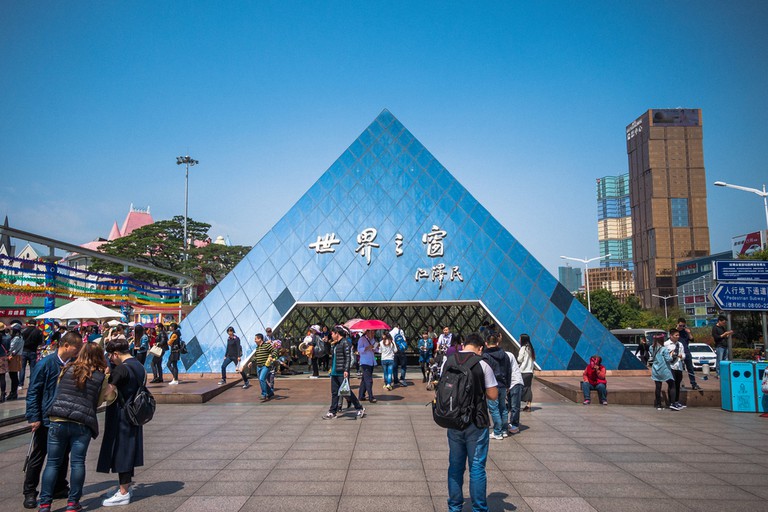 To the east of Shenzhen stretches a coastline that’s 19 kilometers in length. Asides from the beach, Dameisha is abundant in reefs, islands, caves and picturesque cliff sides. With its modern marina alongside traditional seafood restaurants serving live fish plucked from tanks, it’s well furnished, and free, but sometimes gets a bit busy—especially on public holidays. Beach revelers seeking a quieter spot might prefer Xiaomeisha beach, situated further along the coast. 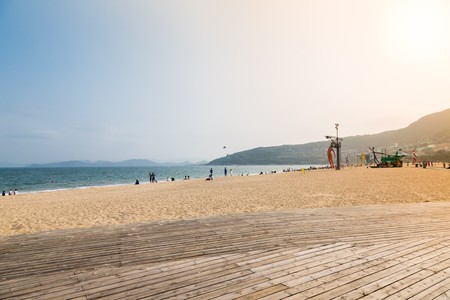 As the world’s largest producer of replica oil paintings, Dafen proves to be a unique experience, consisting of over 1,200 galleries containing masterpieces from Da Vinci’s Mona Lisa to Warhol’s Campbell’s Soup Cans and Klimt’s Embrace. Covering less than half a square kilometer, this fine arts workshop was set up as an artists’ colony in 1989, drawing in painters with its low rental prices. Nowadays, it also serves as a springboard for artists showcasing their original works. 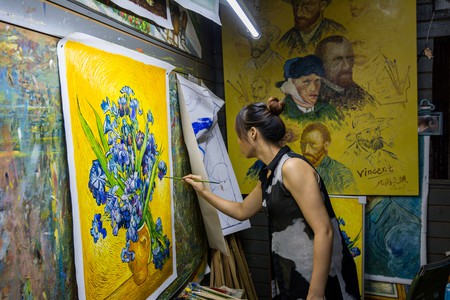 While we’d like to impress the diversity of experiences on offer beyond shopping in Shenzhen, no list of activities would be complete without mentioning its vast shopping malls. Of these, Luoho might well be its most popular and famous, boasting designer bags going for high street prices alongside businesses offering tailor-made suit services. While you’re there, you might want to go for a soothing and inexpensive massage, as is customary for travelers visiting Shenzhen. 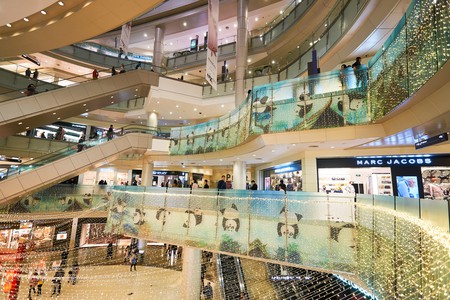