The Best Things To Do in Beijing’s 798 Art District 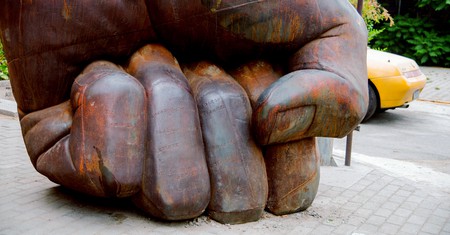 With its range of restaurants, bars and shops, there’s so much more to Beijing’s 798 Art District than just contemporary art galleries. Make sure you set aside some time to explore everything this area has to offer.

When the East Germans built this Bauhaus-style military complex in the 1950s, they never would have imagined they were laying the foundations for China’s most progressive artistic precinct, the 798 Art District. Yet when the Chinese troops moved out in the 1990s, contemporary artists moved in, transforming this decommissioned factory district into a hotspot of modern art, culture and design. From avant-garde galleries to cutting-edge food and drink, these are the best things to do in Beijing’s 798 Art District. 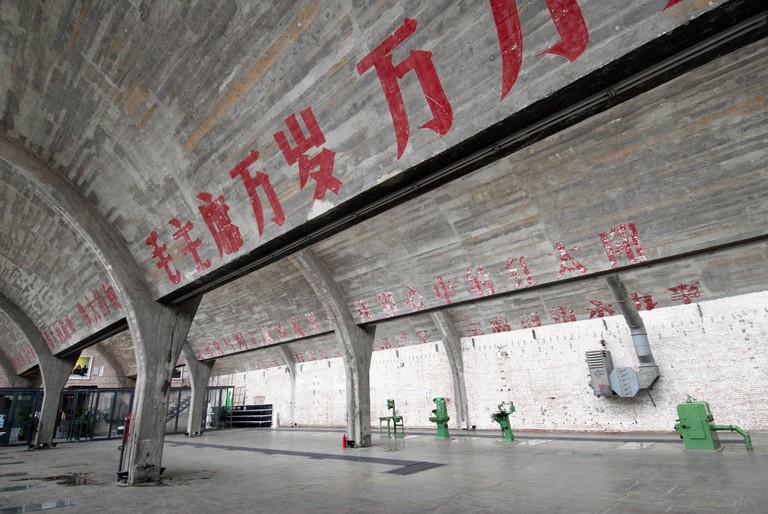 The red Communist slogans adorning the curved roofs of this hangar-like building are one of the most recognisable landmarks of the 798 Art District, and the modern masterpieces on display aren’t bad either. Founded by Huang Rui in 2003, 798 Space hosts contemporary exhibitions, a cinema, a restaurant and a bookstore.

UCCA, another of the 798 Art District’s must-visit galleries, was founded by private Belgian collectors Guy and Myriam Ullens in 2007 to exhibit an exciting collection of local and international artists in an atmospheric three-storey Bauhaus structure. Other avant-garde galleries to add to your to-do list include the Faurschou Foundation, Xin Dong Cheng Space for Contemporary Art, Whitebox Art Center, Springs Centre of the Arts, Hive Center for Contemporary Art, PACE, Gallery Yang, Zhu Bingren Art Museum, Mansudae Art Studio, BTAP… the list goes on and on and on.

Sip a local craft beer at the Ram Brewpub

Driven by US expats and enthusiastic locals, Beijing is home to one of Asia’s most exciting craft beer scenes, which well and truly stretches into this artistic enclave. Ram Brewpub is a friendly bilingual microbrewery offering nine taps of domestic and imported beers – try the house-brewed and Ram Silver Hand Weiss – as well as a crowd-pleasing pub-grub menu.

Keep an eye out for the street art

With Maoist mantras and Socialist sculptures sprinkled around the industrial alleyways, artworks aren’t confined to the four walls of the 798 Art District’s many galleries. Lace up your walking shoes and spend some time strolling around the area to appreciate the murals, statues and graffiti that cake the factory walls. Keep an eye out for Sui Jianguo’s stack of caged dinosaurs, the stencil pieces around the 798 Live House and the headless bust of Chairman Mao.

Retaining the old furniture, machinery and Socialist propaganda of the original Bauhaus warehouse, Old Factory provides the quintessential 798 Art District backdrop for dinner. The cuisine coming out of the kitchen, though, could hardly be further from these rugged surrounds – the industrial-chic eatery offers a sophisticated menu of Italian dishes that stands out from the area’s many tourist-friendly restaurants. 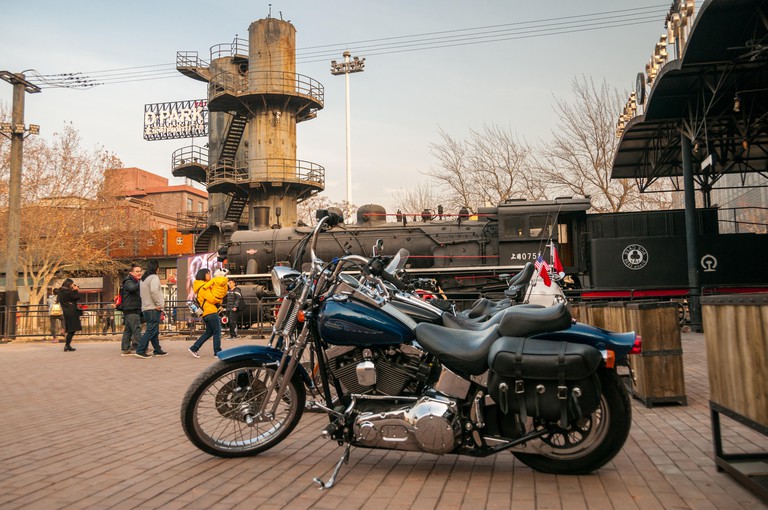 The Gracie Art Hotel 798 contains 24 beautiful boutique rooms, an upscale cocktail lounge bar and a Mediterranean bistro dishing up some of Beijing’s finest fare. But the highlight might well be breakfast at the hotel’s Yi House restaurant, which has been recognised as the best brunch in Beijing. Yum. 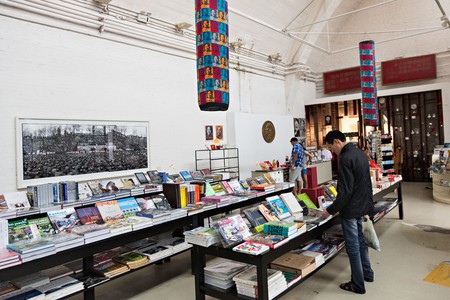 The district’s artistic energy also attracts some of China’s most inventive boutiques, selling everything from designer threads to quirky knick-knacks. There are plenty of places where you can fill your wardrobe – pop into the high-end Water Stone, the eclectic Fei Space and the pop-culture-inspired Plastered T-Shirts – as well as arty souvenirs at the UCCA gallery store, homeware at ZaoZuo and vintage vinyl at Li-Pi Records. 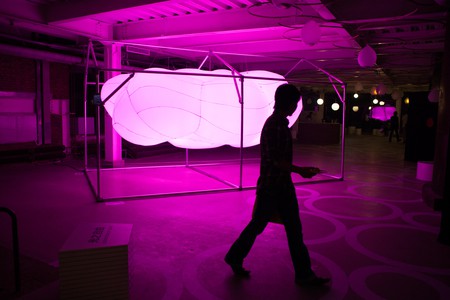 Each September, Beijing Design Week grips the 798 Art District, filling the decommissioned military buildings with cutting-edge designers from around China and across the globe. More than 2,000 designers and industry professionals converge on the Chinese capital for the annual extravaganza, sharing events, exhibitions, installations, seminars and lectures over seven eye-opening days.

Despite stringent censorship laws and harassment by the police, this Beijing Queer Film Festival has been held every year since 2001, using underground locations in the 798 Art District to screen films and hold events supporting city’s sizeable LGBT community. Movie buffs should also visit the China National Film Museum on nearby Nanying Road, a massive modern museum dedicated to the history of mainstream Chinese cinema.

This article is an updated version of a story created by Katherine Lee Yik Mei.