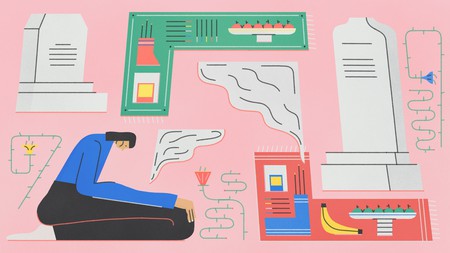 It’s one of the most important days on the Chinese calendar, yet it’s also the one that’s least talked about. It’s Tomb Sweeping Day, and while it may sound like a somber occasion, it’s a much anticipated holiday that sees the entire region taking the opportunity to visit with family.

As far as festivals go, Tomb Sweeping Day is quite special. It’s a chance for the living to honour the dead by burning incense, offering gifts of food and burning joss paper, also known as ghost money. This mark of respect for those who have passed on has been practised for generations. Yet, while the modern day festival is often one of celebration, the story behind it is quite sad.

The story behind the festival

As with many festivals of Chinese origin, this one can be traced back through the centuries. In fact, this particular festival goes back as far as 2,500 years ago when in the state of Jin in China, a prince was exiled to avoid becoming embroiled in politics as a child.

During his nineteen years in exile, Prince Wen of Jin (also known as Zhonger) had many attendants and followers to both protect and educate him, but the most loyal of his attendants was said to be Jie Zitui. When the prince returned to the state of Jin to become emperor, he rewarded all the attendants who had stayed loyal to him by giving them positions of power.

However, Jie Zitui refused any rewards. Instead, he moved to a remote mountain location and lived his life in silence. Zhonger, who was now emperor, failed to notice, and for a year he forgot about his loyal attendant. When he did take note, he felt a deep shame and tried to make things right by visiting Jie Zitui. However, the former minister refused to see the emperor. It’s unclear why Jie refused, but some believe it was because it had taken the emperor so long to remember him.

Zhonger was determined and decided that in order to force Jie Zitui from the mountain, he would set fire to it. Jie Zitui was, however, just as determined, and instead of facing the emperor, he hugged an old willow tree until he died in the flames.

The emperor was distraught and declared the day on which Jie died a day of mourning, which he then named ‘Hanshi Festival’. On this day, people were forbidden from lighting fires, forcing them to eat cold food.

A year later, the emperor returned to the mountain to visit the tomb of his former attendant and was amazed to see that the old willow tree had survived. He took this as a sign from the Gods and decided that the day after ‘Hanshi Festival’ should be named ‘Qingming Jie’, which translates as ‘Pure and Bright Day’.

The festival struck a chord with emperors during later dynasties, who were taken by the idea that Jie Zitui was so loyal and humble and that his emperor sought to respect him after his passing. They wanted to encourage the same feelings in their followers and therefore encouraged their own attendants to celebrate the festival. During this time, both Hanshi and Qingming Jie Festivals became one and were often celebrated on the same day, a tradition that continues to this day.

Tomb Sweeping Day is now seen as an occasion to celebrate the lives of those who have passed. Qingming Jie takes place on the 15th day after the Spring Equinox. This day usually falls on either the 4th or 5th of April. During this time, many people take the opportunity to reunite with family at their ancestral home. They will then visit the tombs of their relatives, tidying up the grave sites and making offerings to the spirits of their ancestors.