The Six Most Scenic Hiking Trails in Yunnan 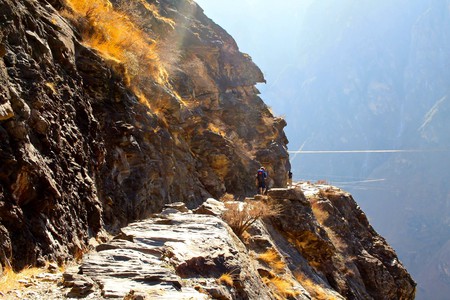 From the sweeping vistas and humble hamlets of Tiger Leaping Gorge to the Tibetan prayer flags and glacial lakes of the Meili Snow Mountains, the unique geography of China’s Yunnan province makes for astonishing hikes for every type of adventurer.

Prepare to see other laowai (foreigners) on this spectacular two- or three-day hike. Not only is the trail exceptionally well maintained, but it’s home to some of the most naturally stunning and diverse landscapes in the region. The trail carries you high on the northern side of the gorge, bringing you through hamlets, forests, terraced farmland, waterfalls and rocky cliff sides. Above are the snowcapped Jade Dragon and Haba Mountains, and, far below, the Yangtze River rages through the gorge.

This mountain range on the border of Yunnan and Tibet allows trekkers to get a taste of Tibet without leaving China. Hikers will see Tibetan villages festooned with prayer flags sandwiched between glacial lakes and the mountains blanketed in snow. While there are several trails, one of the most popular takes hikers from Upper Yubeng, up a steep mountain to Glacier Lake. Alternatively, trekkers could choose to go from Upper Yubeng to the Xidang Hot Spring and Xidang Village. 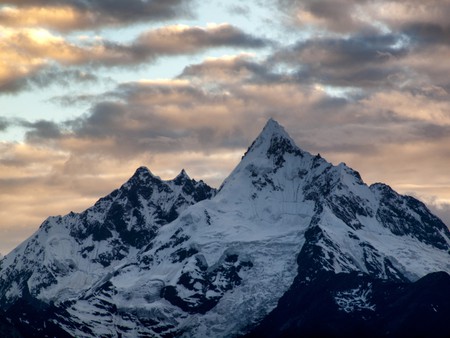 Sure, you could take the cable car up to the top of this mountain in Old Town Dali. Or you could leave the hordes of selfie-stick wielding tourists and get off the beaten path on any of the numerous trailheads starting at Zhonghe Temple, each offering a myriad of viewing options including lakes, peaks, boulder fields, temples and pools.

In the LaoJun Mountain National Park, these pools were said to have formed from a shattered mirror a Daoist Lord dropped from the heavens. In reality, the azure lakes are glacially fed, but once you see them, you’ll understand why the locals consider them otherworldly. Taking the trail from Qunlong Shanzhuang, hikers will see rhododendron flowers (10 percent of the world’s supply is found here) and, if you’re lucky, the Yunnan Golden Monkey, a primate listed on the endangered species list.

Near Shaxi, this remote 2,000 hectare area consists of Mount Baoding, Mount Shisan and Mount Shizhong, along with four temples that are home to 1,300-year-old Buddhist rock carvings, a nunnery, shrines and simple forest trails. 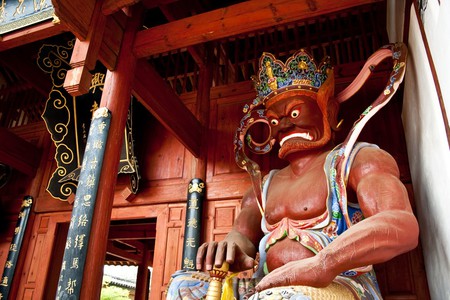 While officially known as Western Hill, colloquially the mountain chain is referred to as Sleeping Lady, because the peaks look like a lady resting on her side. Just minutes from Kunming, this forest reserve makes for an easy afternoon adventure. Near the top of the mountain (about a three-hour climb), is Dragon Gate, a collection of sculptures, pavilions and tunnels that were carved into the mountain in the late 1700s/early 1800s by a Taoist monk. It’s up there that you’ll see the best views of Lake Dianci.