The Rise of China’s Eco-Cities 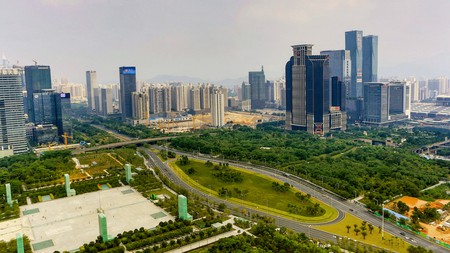 China may be an unlikely standard-bearer for sustainable city-building, but recent moves show how the country is directing its construction boom towards a more environmentally friendly future.

Edward Burtynsky’s 2005 photographic series China documented a country in rapid transition. The photographer’s portraits of dense cityscapes showed the effects of large-scale migration from countryside to town, while decaying heavy industries like mining and shipbuilding scarred the earth and left rusting hulks in the breaker yards. Burtynsky’s work was elegiac and, particularly when it comes to urbanity, anxiety-inducing.

China’s rush towards urbanisation is nothing short of astonishing, but it has brought with it fears over pollution, sustainability and quality of life. Placing speed above all else ensured the end product was too often artless, ugly and frail. But things are changing. Under the auspices of the general secretary of the Communist Party, Xi Jinping, the country has embarked on an “eco-city” building programme.

An eco-city is defined by a loose framework of ideas and measures that mean it uses less in the way of resources, reduces carbon emissions, harnesses renewable energy and has a high proportion of so-called ‘green’ buildings. Until recently, China paid little heed to much of the aforementioned – quantity was the only metric that mattered.

“China is emerging from 40 years of building an economic powerhouse, where all the efforts have gone into building fast,” says Austin Williams, author of China’s Urban Revolution: Understanding Chinese Eco-Cities. “It has reached a stage where it now seeks to build well. So, in a certain sense, if Chinese cities want to be seen as global players – and attract international companies – then China needs to provide decent conditions.”

But building well has not slowed things down. Williams says that in 2012, China had 11 eco-cities. Just four years later the country announced it had 284. On this evidence, China’s commitment appears bona fide, but there are geopolitical forces to consider. Some commentators see China’s moves in this direction as a soft-power initiative to reposition the country as an environmental leader on the world stage.

Tourism, too, has played a part in the growth of eco-cities. Winning one of the myriad sustainability awards can unlock funding from the central government to encourage more visitors. “Cities like Rizhao are citywide testing grounds for technologies, urban designs and policy initiatives that are setting the ground rules for China’s environmental cleanup,” says Williams. “These test sites not only improve the ecological standards of cities but also ensure that they benefit economically from an improved tourism offer, for example, by waving as many eco-certificates as possible on travel websites.”

Although eco-cities are making headlines now, the project is not new. Yichun was named the first trial eco-city in China way back in 1986. It has proved one of the most successful, at least according to Chinese officialdom, winning a number of accolades from the central government. 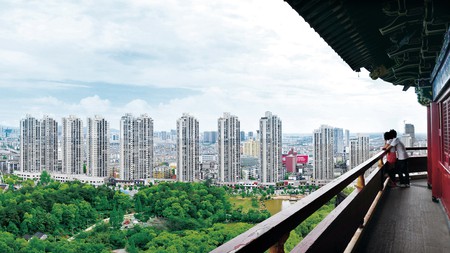 Tianjin eco-city is the highest-profile project in the eco-city programme. The scheme began in 2007 and is the first citywide testing ground for environmental standards relating to air quality and carbon emissions. However, slowing economic growth has meant that large parts of the city are still unoccupied. There are hopes that Tianjin Juilliard School of Music, scheduled to open in 2019, will attract more inhabitants. 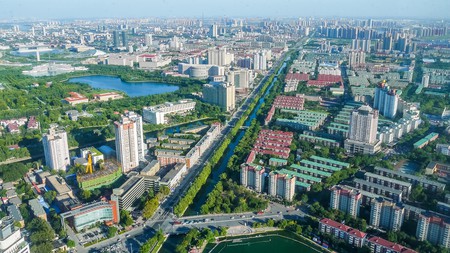 Shenzhen: city on the grow

Even by Chinese standards, Shenzhen’s growth has been spectacular. It evolved from a loose collection of villages in Guangdong province housing about 175,000 people in 1985 to a metropolis of 10.7 million 30 years later. In 2005, the city announced its intention to become an eco-city and was recognised as China’s most sustainable city in 2016. At the tail end of 2018, Rogers Stirk Harbour announced plans to build a 1.2-kilometre raised garden in the Qianhai district that will connect the waterfront with the town centre and public transit. 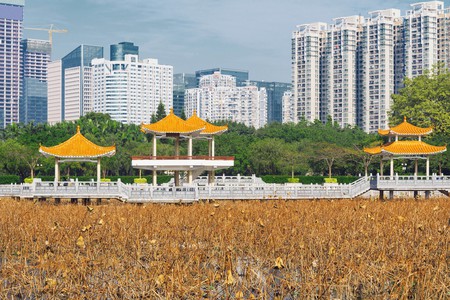 Located in the southwest of the country, Chengdu is regarded as one of China’s most liveable cities. In 2012, the city launched an ambitious plan to create a new urban hub featuring large swathes of green space, parks, plazas and pedestrianised streets – a jacked-up simulacrum of an English garden city. The architect behind the snappily named Tianfu New District Master Plan is AS + GG architects – the practice that designed the Burj Khalifa. 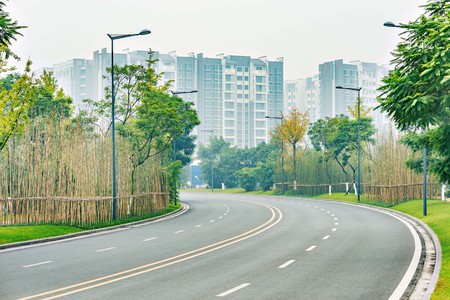 Changsha has generated headlines for its sinuous, Instagram-friendly Lucky Knot bridge. However, the bridge is dwarfed by the adjacent Meixi Lake development, which promises rather grandly ‘a new paradigm of living in balance with nature’, at least according to architects KPF. The development’s central point is an artificial 40-hectare lake supported by a radial network of canals, which serve a series of neighbourhoods. 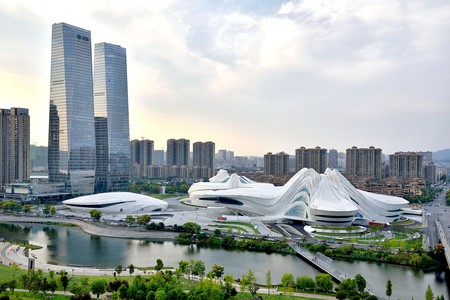