The New Normal Under Coronavirus: How Shanghai Strives To Get on With Life 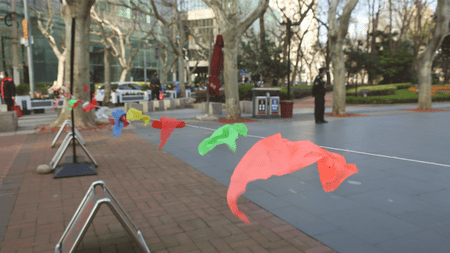 During the first weeks of the coronavirus outbreak, fear led to the most basic questions in my mind: What are the bare minimums I need in order to survive? What things can be given up? Who are the people I hold dear? 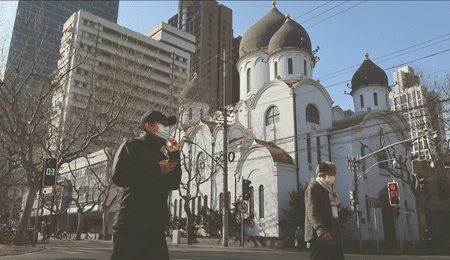 Once I was over that hurdle, other questions followed: are public healthcare and logistics working properly in this country? Do we have the infrastructure to sustain life and work through the quarantine period? 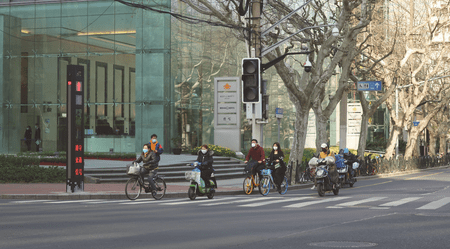 Shanghai’s Huaihai Road can be considered an equivalent of London’s Oxford Street. At 9am on a workday, traffic is sparse | © Mandy Tie / Culture Trip

I am fortunate enough to be writing these words, knowing that the unsettling silence after Lunar New Year caused by the slow return of migrant workers is behind us; that there has been an uninterrupted flow of goods coming to my neighbourhood each day; that I can carry on with life more or less as usual. This hasn’t been the case for everyone. 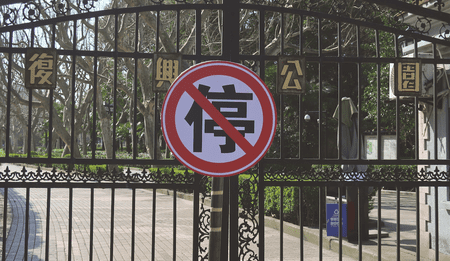 Public spaces such as Fuxing Park remain cordoned off, with signs with the character ‘停’ (‘Stop’) barring pedestrians and vehicles from entering the premise | © Mandy Tie / Culture Trip 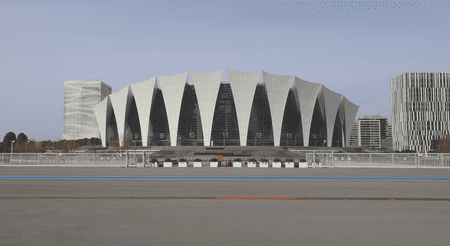 Frances Song, who hails from Shanghai and is a regular contributor at Culture Trip, described the past month as having ‘derailed’ from normality.

“I didn’t go outside for 23 days,” she says. “Yes, I counted it. Not going anywhere, not meeting anybody or attending any events was very challenging in a city like Shanghai.” She thought back to the last days of January, when, “overnight, the city was silenced. I was truly amazed by how quiet and empty Anfu Road was when I passed by last week”. 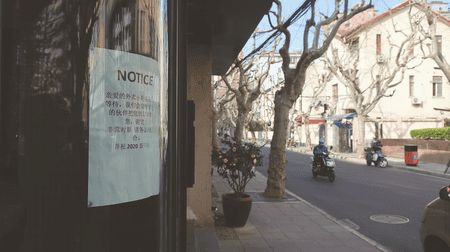 Known as Route Dupleix during the colonial period, Anfu Road is a lifestyle hub for millennials from around the world | © Mandy Tie / Culture Trip

From my apartment window, I can see the full stretch of the ’50s residential compound where I live. This is a typical ‘work unit’ community, consisting of employees of textile factories on the Huangpu riverside. Most of its residents are old-age pensioners now. When they enter the compound gate, now they obediently extend a wrist to the janitor, and have their temperature tested. When they leave, the janitor in turn hands each of them a palm-sized slip of paper – a ‘day pass’ which will grant them access to the compound when they return. 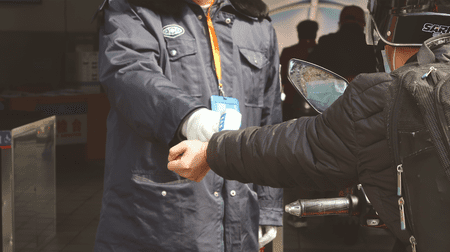 This is also where deliveries are dropped off. The more tech-savvy residents – young people, mostly – tend to have their daily essentials delivered to the gate instead of popping out to shops in the neighbourhood. By 10am, plastic bags bursting with vegetables, snacks and toiletries pile up by the gate, waiting to be claimed by drowsy-eyed youngsters wearing winter jackets over their pyjamas.

As life slows down, many are able to embrace their inner creativity. For some, cooking is the frontline. Maria, a Finnish teacher living in Shanghai, attested to this. “I have lived in Shanghai for almost two years now. For the first time ever, I steamed some food myself and made egg-fried rice.” That’s after she had revisited old favourites including a traditional Finnish pea soup with mustard and French chicken pâté on the stove. 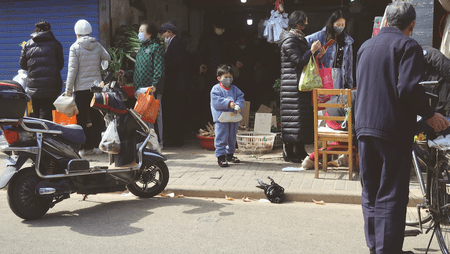 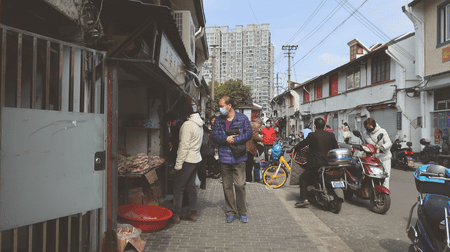 It is against the authority’s advice to visit markets as such, but old habits can’t be shaken off so easily | © Mandy Tie / Culture Trip

State and local authorities have strongly advised against any type of social interaction. In Shanghai’s Former French Concession and the West Bund, these words of warning are blasted out on repeat over public address systems:

Wash your hands, do not overlook personal hygiene.

When you go out, wear a mask.

Do not visit your neighbours or friends.

Register your name when you enter and exit the compound.

Seek medical help if you are self-diagnosed.

Adjust your mentality, do not fear.

Together we can win this battle. 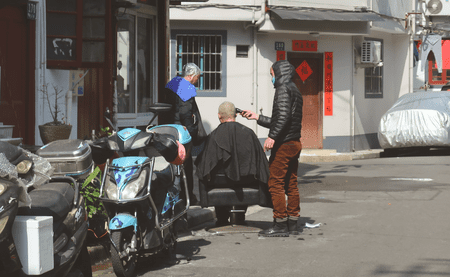 Even the practise of cheap haircuts continues, but with masks on | © Mandy Tie / Culture Trip 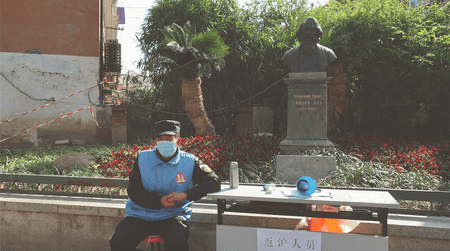 And yet, another part of the city tells a brighter story. On a sunny day, the Pudong riverside – a 21-kilometre (13-mile) urban development project – is alive with joggers, cyclists, dog-walkers and families picnicking on the lawns. 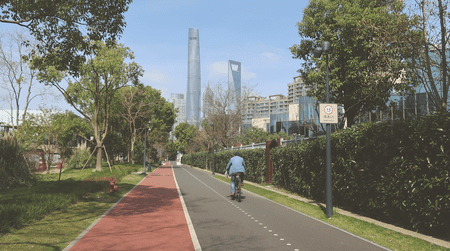 By now, ‘masked socials’ have become more commonplace around the city. Erica, an American student at the Shanghai Theatre Academy who also volunteers at ShanghaiPRiDE, remembered the effect of socialising on her wellbeing, “I have gone out exactly one time, to meet a few of my former co-workers at a taco place,” she said. “I know that eating out is not something people are making a habit of doing right now, and that there is risk involved in being around other people, but it did wonders for my mental health.” 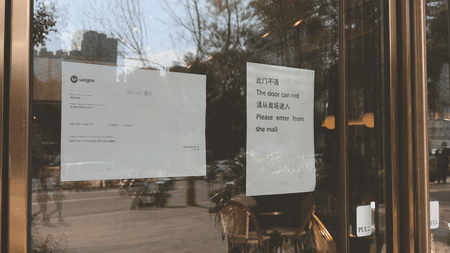 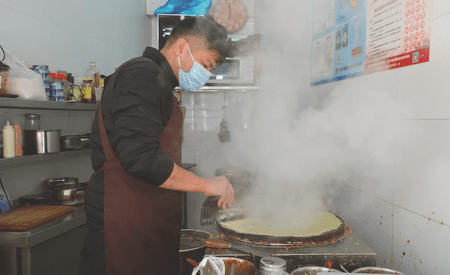 Certain aspects of life carry on as usual, including the local’s love for jianbing, a savoury crêpe filled with assorted condiments such as greens and fried crackers | © Mandy Tie / Culture Trip 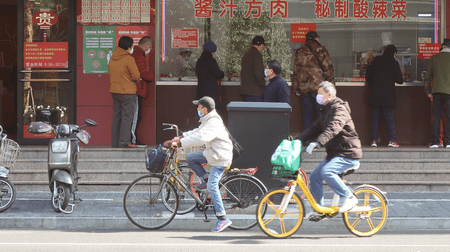 Self-isolation has in fact pressed on our need to connect with fellow humans. Where the means are available and the measures taken, we find ways to interact with people around us: whether that’s by sitting quietly together outside a café, exchanging a smile with our eyes above masked faces, or moving our social life online.

A blessing and a curse, the Chinese tend to do their social networking and following of news updates all in one virtual space – WeChat. The ‘news feed’ on the app can provide helpful tips on medical advice, as well as the latest on the outbreak’s spread – but this often comes alongside a plethora of misinformation. Time is needed for each individual to identify outlets and articles that are reliable and based in fact.

“People learned how to filter and spot the truth, and also to be open-minded so as to hear different voices,” says Frances. 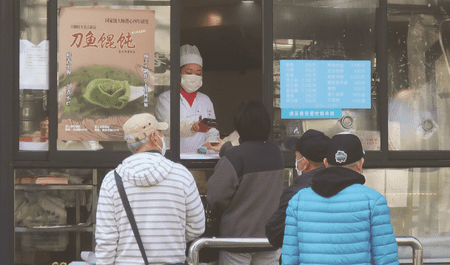 WeChat, an app that can be equated with a ’Swiss army knife’, is also widely used for contactless payment in China | © Mandy Tie / Culture Trip

In the same vein, the very digital conduits that widen the gulf between realities can also bring communities closer together. As millions of people in China are working from home, communication channels such as DingTalk and Slack have become indispensable tools for keeping businesses running. Those of us working for or doing business with international companies also count on VPNs to access Google and Zoom (among other apps), which have come under threat as the government attempts to curb the dissemination of misinformation on digital platforms blocked by the Chinese Firewall. 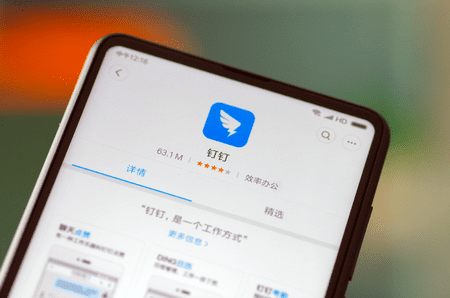 Censorship also gnaws at the video games industry. Plague Inc – the pandemic strategy game for mobile devices – has been banned from Chinese app stores. The strategy simulation game is designed on the premise of creating an epidemic that will eventually eradicate the human race, and had garnered considerable popularity in China until it was taken offline. Beyond this, the gaming industry is evidently thriving on an increased number of downloads, offering people a little escapism from the confines of their four walls. 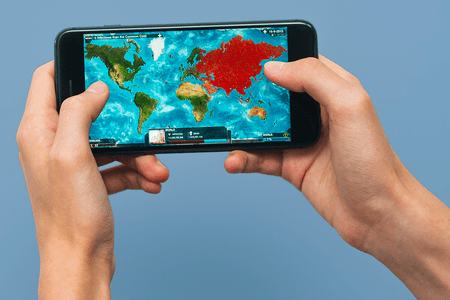 ‘Plague Inc’ had a short-lived surge in popularity in China, before it was taken offline by regulators | © Анастасия Короткова / Alamy Stock Photo

Nightlife venues are also making an effort to digitally deliver music and cheer. In Shanghai, venues such as Yuyintang, Elevator and Specters are live-streaming DJ shows into the early-morning hours online. To complement a full ‘night-in’ experience, apartments and terraces have been transformed into cocktail bars, karaoke booths and dancefloors.

With little hindsight to lean on, we can only look to records of previous epidemics to gain perspective. Technology evidently has played and will continue to play a significant role, and proves that an outbreak does not necessarily render us isolated.