The Most Spectacular Live Shows in Macau 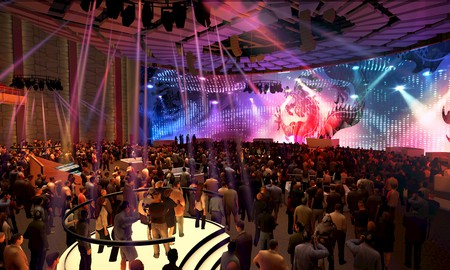 There’s more to Macau than just gambling and casinos. If you’re looking for family-style entertainment, the city is home to several resident live shows that are well worth attending. From the world’s largest water show to mind-blowing magic shows, dazzling stage spectacles and even the world’s biggest indoor LED screen – seeing one of Macau’s spectacular shows is among the best things to do in the city. Here are five of our favourites.

The Experience and Destiny

When it opens in the fourth quarter of 2017, the new MGM Theater at COTAI will boast the world’s largest permanent indoor LED screen – offering 28 million pixels of viewing pleasure on a giant 900-square-metre ultra HD screen – the size of three tennis courts combined.

The theatre will be home to three resident shows with two launching first, The Experience and Destiny. The Experience, inspired by the soul of Macau, is a ten-minute, mind-bending technological symphony that showcases the theatre’s engineering and architectural dexterity. Meanwhile, Destiny is an action-packed, immersive theatrical production that is inspired by the concept of TV game shows and adventure video games.

Through utilising a ultra-high-resolution video system, the theatre is able to capture the audience’s reaction and virtually reflect it at real-life size onto the giant LED wall, giving the public an impression of looking into a mirror. The overall aim is to take live entertainment a step closer to the world of mass virtual reality. 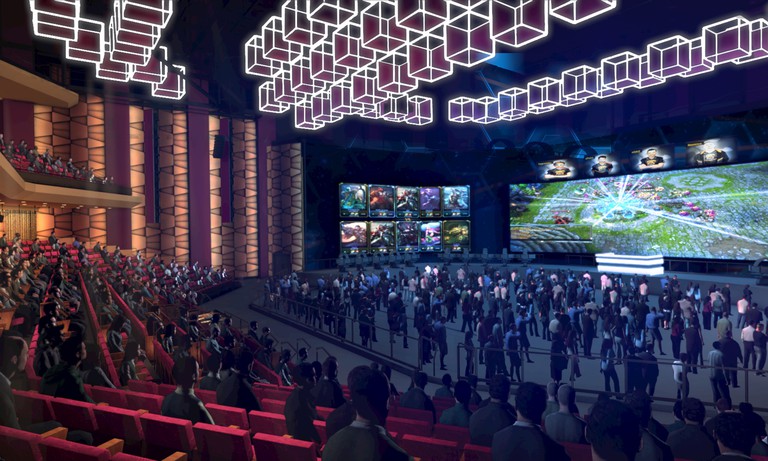 The House of Dancing Water

Water is undoubtedly the star of the show. The performance pool is capable of holding up to 3.7 million gallons – the equivalent of more than five Olympic-sized swimming pools. Remarkably, with the help of 11 hydraulic 10-tonne lifts, the stage can convert from an aquatic pool to a solid floor in less than a minute.

A cast of 90 international performing artists brings the show to life. Equally, the special effects and water wizardry are exceptional. Not only are the show’s many stunts mind-blowing to watch, but so too is the technical magic – at several points in the show, you wonder just how they pull it off. 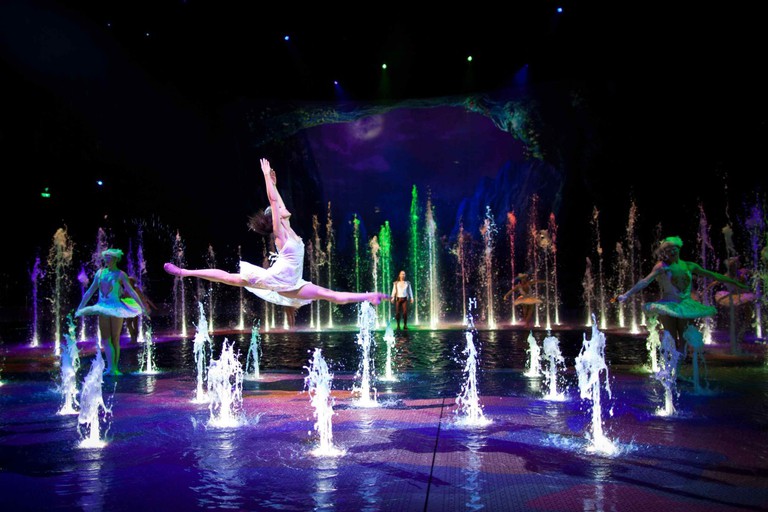 This large-scale fantasy stage play is a modern adaptation of the acclaimed 16th-century Chinese novel Journey to the West. It tells the story of the famous monk – Xuan Zang from the Tang Dynasty (602 – 664) – who embarks on an epic journey to the West in what is arguably one of the most famous and enduring stories told in Chinese folklore.

After eight years in the making, the spectacle is produced by the Beijing Huayan Group in a groundbreaking new resident stage spectacular at a purpose-built theatre in Sands Cotai Central.

The classic Chinese tale is brought to life by a team of talented artists, acrobats, ballet dancers, and martial arts masters from all around the world including stars from the National Peking Opera, as well as former cast members of Cirque du Soleil.

Among its highlights, guests can expect to be captivated by a giant 15-metre Buddha hand weighing seven tonnes, and two huge talons reaching out from the sides of the theatre. The show features the most advanced 3D effects, LED-screen projections, video-mapping and surround sound, together with creative lighting effects, choreography, and music, as well as hundreds of colourful costumes designed by Ah Kuan. 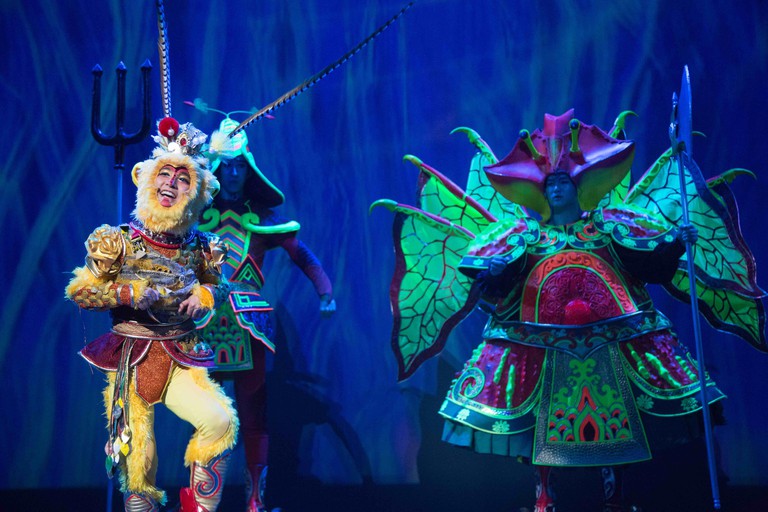 Created by magician to the stars, Franz Harary, this is the largest permanent magic show in the world. One ticket grants you access to three magic shows inside the the three-theatre arena. You are guided from one performance to the next on a magical mystery tour of sorts, enjoying performances from some of the world’s greatest magicians that showcase the art of magic close-up.

Every season, new magicians are brought in, so there’s a high chance that you’ll get to see some really promising up-and-coming talent as well as some of the best in the business.

The 90-minute tour culminates with the main attraction inside the 300-seat ‘Mega Magic Theater’. Here you will witness large-scale illusions specially created for the House of Magic. 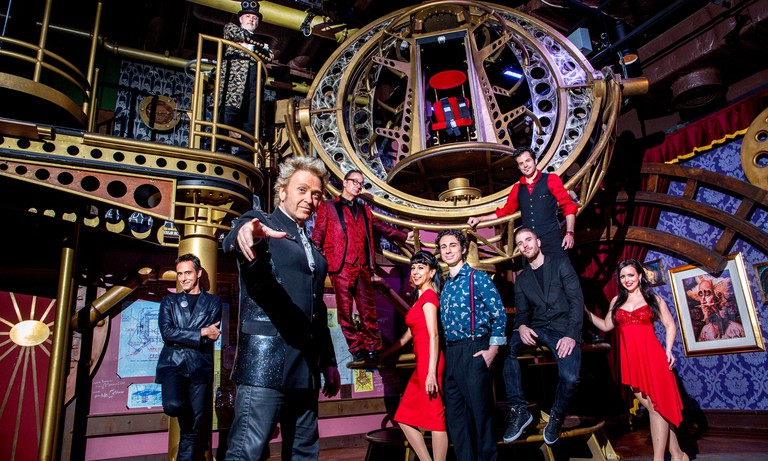 This cocktail of world-class performers offers a little something for everyone. Essentially a variety show, it features a line-up of three to four different accomplished performers who each perform a ten-minute set in this hour-long show.

It’s well worth going to see just for the laser show alone – it will certainly impress the kids. Performed by Donatella Colucci from Italy, using the latest technology, it’s a visual explosion of light and lasers. 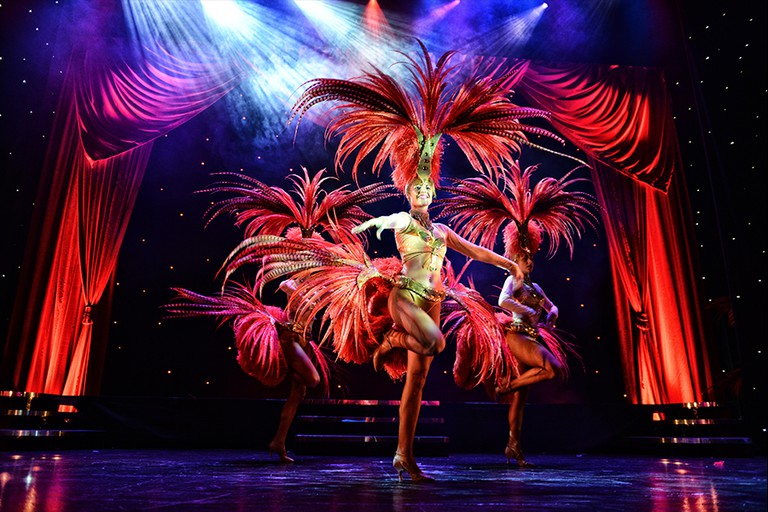