The Most Epic Sections of the Great Wall of China 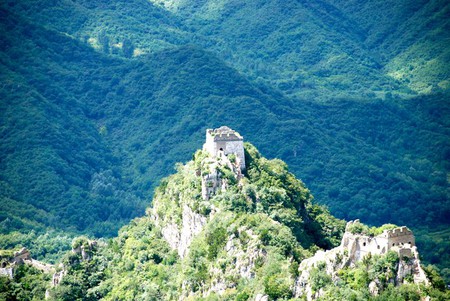 The Great Wall of China spans over 5,500 miles and is truly one of the great wonders of the world. The first composition of The Wall was erected in 771 BC and stretches from Hushan to Gansu and beyond. A stint in China is not complete without a trip to the Great Wall, and the majority of the sections are accessible from Beijing. Most of the “Wild” Wall’s rugged and arcane offbeat sections are only known and frequented by hiking enthusiasts and seasoned Great Wall-goers. Here are the Great Wall of China’s most epic sections. 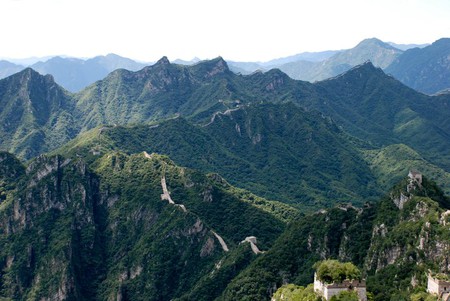 Hands-down the most inspiring section of the Great Wall that is close to Beijing is Jiankou. Today it remains untouched by tourism authorities, preserving its vastly rugged character, exuding centuries of mystery. Regarded as a semi-dangerous hike, Jiankou still boasts watchtowers that are known to house overnight hikers. There’s one large watchtower hub where individual local vendors gather daily to sell refreshments to hikers, like iced water and Tsingtao beers. But be sure to definitely pack a sleeping bag if you’re partaking on an overnight camping trip. Sleeping on the Great Wall of China feels like a once-in-a-lifetime opportunity. 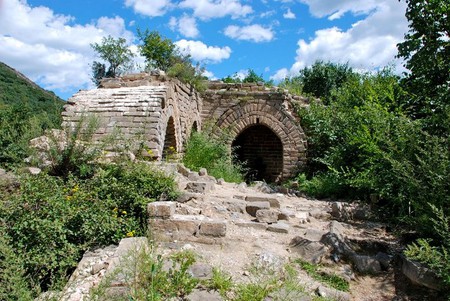 Dubbed the underwater section of The Great Wall, Huanghecheng actually means “Yellow Flower Fortress.” A misnomer, this “underwater wall” is not what you may visualize, so don’t be let down when you don’t see part of the Great Wall submerged in the lake. What you will actually see are the remains of the edges of the wall where the connected wall collapsed – the rubble of the wall is underwater but you won’t see it. Nevertheless, Huanghuacheng makes for a beautiful afternoon with its picnic areas and water parks, too.

Well… I tried to ride my ebike home and 5 minutes after I left it started POURING down rain. I spent 30 minutes driving though a crazy downpour, flooded roads, and cars that drove like it was all nbd. Oh… and my bike started running out of batteries. By the time I got home it was if I had jumped in a lake. I had to pour water out of my shoes and my dress was dripping. A towel and a hot cup of tea (and a pizza) was definitely necessary. Why can't the weather be blue skies and fluffy clouds like it was last month??!

Hinged upon the Yin Mountains lies another wild, non-rehabilitated section of the Great Wall. Gubeikou is said to have the been the epicenter of numerous battles (100+) with invading Mongols as it fortified a crucial passing area between Mongolia and Beijing. Look for the 24-Eye Tower, which in its prime boasted a rarity of a watchtower with 24 observatories. Though the north and east sides of the tower no longer remain, you can still venture to this tower as it connects to another section (Jinshanling) and sits at the highest altitude of a quarter mile, offering unparalleled views.

Those wanting to avoid the tourist-heavy parts of the Great Wall and the less hiker-friendly wild sections might find Jinshanling the best combination of both worlds. While most parts are restored, Jinshanling still features wild, untouched edifices as well. Some say this is actually overall the best part of The Wall given its hiker-friendly paths, and it offers a true view into what the Great Wall used to look like prior to restoration efforts. And if climbing one of these wild walls is not your forte, Jinshanling contains spots of un-preserved areas.

A favorite among many Beijingers and tourists alike, Mutianyu is a more challenging section that’s been restored and offers cable cars and even a slide in a bobsled-like cart down its mountainside. Generally regarded as the best section of the Great Wall to visit in Beijing, Mutianyu is full of fun, from intensely steep wall hikes to photo ops with the Chinese national flag that is stationed on a high-rise watchtower.

Possibly all the signature elements of the entire Great Wall of China are here at Huangyaguan, also known as Huangya Pass. Located in Ji County of Tianjin, Huangya Pass features fortresses, statues, waterways, towers, and a village in the foothills – making it one of the most majestic Great Wall experiences in the country. Hence Haugyaguan has hosted the largest Great Wall Marathon (of 8.5 km) every May since 1999.

Shanhaiguan marks one of the most nationally famous endpoints of The Great Wall. Shanhai Pass is among the only sections that leads onto the beach and touches the sea. Located a few hours north of Tianjin, the Mountain-Sea-Pass because it is a direct path from the Bohai Sea. This oceanfront tower makes for wondrous photo-ops. On its surrounding beach are camels and horses you can ride around on the sand facing the once heavily fortified pass that stood against Japanese and rebel forces.

Keen to see North Korea but without actually crossing the border into it? The Hushan Great Wall runs adjacently along the China-North Korea border in the northeastern city of Dandong. At its highest peak, you can see acres of North Korean territory, including a small air force base. Constructed to keep out Korean invaders during the Ming and Qing dynasties, the Wall that drapes over Hu Shan (Tiger Mountain) today serves as a revamped outdoor attraction for tourists. It’s also the easternmost section and the beginning point of the entire Great Wall of China.

The end (or beginning) of the #greatwallofchina the border with ancient Korea and china is still the same today, the #yaluriver beyond that is #northkorea where you see all the collective farms. #farmland #autumn #otoño #instatravel #dprk #hushangreatwall

Although for the daring, it is still safer to go on the Wild Wall expeditions with someone who’s been there before. Most hostels or hotels either organize or can recommend a seasoned hiker to host a tour. It’s highly recommended that you don’t go to these hidden gems alone, given the risk of danger from steep cliffs, jagged edges, disheveled stones, and up-heaved pathways – you don’t want to end up lost on The Wall. Bring a few liters of water, a packed lunch, sunscreen, and some band-aids, and prepare for the trip to take an entire day. Start early, no later than 10am (the earlier the better). Expect that a hike on any of these walls can span from three to six miles or more. 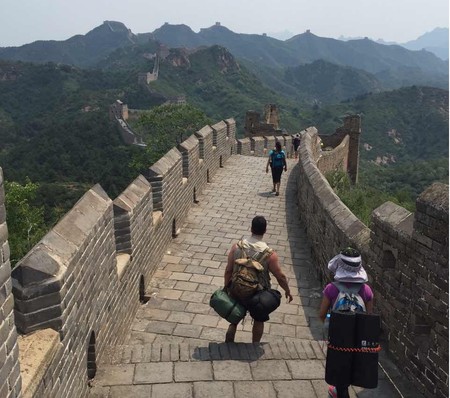 The last magnificent parts of The Great Wall that are worth mentioning: Jiayuguan Pass in Gansu Province; Juyongguan and Simatai in Beijing. The Great Wall at Badaling is generally regarded as the main hub of The Great Wall for tourists and is friendly to all levels, but depending on what time and season you go, it’s notoriously hailed as the most crowded, touristy part of the Wall.