The World's Most Beautiful Airports 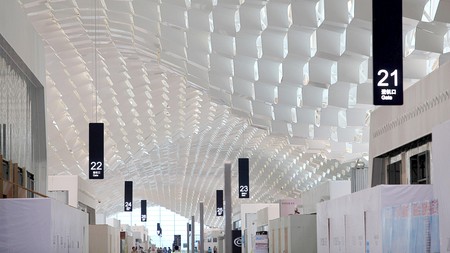 Airports are often the first place you arrive at when you visit any new destination, and as we all know, first impressions count. As well as being incredibly utilitarian structures, airports are also some of the most beautiful examples of industrial design. Here, Culture Trip explores some awe-inspiring examples from around the world.

Wellington Airport’s newest terminal is inspired by one of New Zealand’s most famous natural landmarks and oldest legends. Incongruous with the stereotypical image of an airport, The Rock is a giant, jagged structure which seems to grow out of the ground. With its uneven design and copper exterior, The Rock wouldn’t be out of place along the coastline of the Cook Strait, the setting for the Maori folk story of Ngake and Whataitai, sea monsters once believed to roam the waters of New Zealand. Inside, the use of wood and the way space is divided creates a warm atmosphere, and high windows leave focused pools of light on the ground like reflections on the water’s surface. 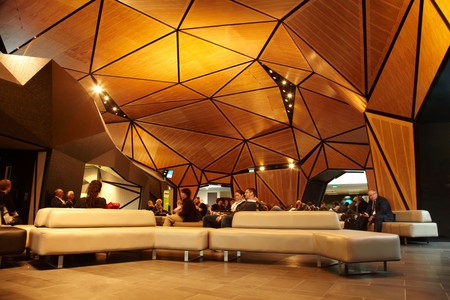 Over a mile from end to end, Kansai International Airport’s Terminal 1 is the longest in the world. Enclosed on all sides by glass, travellers have an unimpeded view of planes as they take off and land, while an aeroplane wing-shaped roof helps air to circulate. Even more impressive is that this sleek airport sits on an artificially created island three miles off the coast of Osaka. Being out to sea allows Kansai airport to operate a round-the-clock flight schedule. Three mountains were excavated for 21,000,000m³ (741,608,000 ft.³) of landfill, and the island is protected from the elements by an enormous sea wall and served by an elegant suspension bridge which connects it to the mainland. 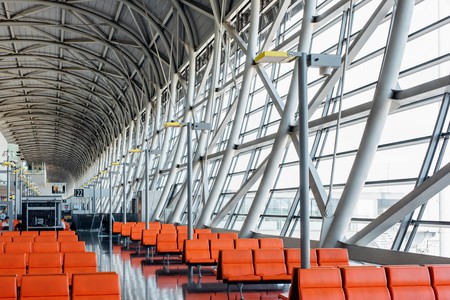 The elongated, curved design of Shenzhen Bao’an International Airport gives it the impression of a creature in motion. According to architect Massimiliano Fuksas the building is inspired by the manta ray, a fish often seen off the coast of China. Inside, a cavernous 79.8m (262 ft.) high ceiling gives travellers the feeling they are inside the bowels of a giant sea creature. Its intricate honeycomb design offers tantalising glimpses of the world outside. Further extensions are planned for 2025 and it will be interesting to see how this magnificent building evolves in the coming years. 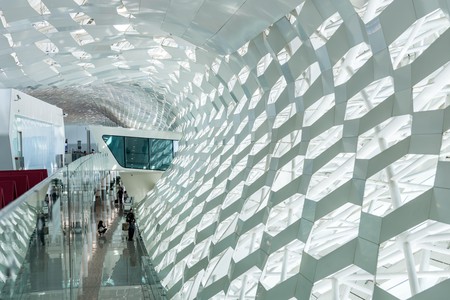 This modern-looking airport is nestled in the medieval UNESCO Heritage town of Mestia. At just 250m2 Queen Tamar might be small but packs a big punch thanks to its striking design. Architect Jürgen Mayer wanted to give the impression the airport ‘just landed in place’. The glossy black and white building was inspired by the ancient watchtowers of Mestia, while inside its narrow curved walls there’s ample space for a control tower, café and waiting room. 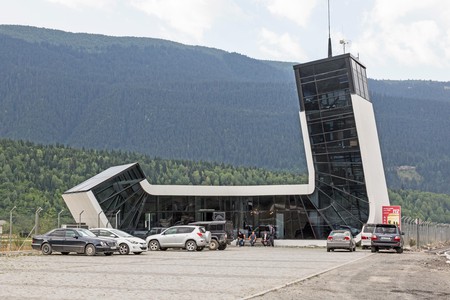 Mumbai has an airport to match its size as one of the most populous cities in the world. With its curved white roof, Chhatrapati Shivaji International Airport resembles a palace from the days of the Mogul empire. Undeniably impressive, the building is supported by dozens of pillars covered in traditional Indian patterns and textures. Architects Skidmore, Owings & Merrill built windows into the coffered ceiling to allow natural light to enter, while the building’s glass frontage lends an air of modernity and reflects the city’s optimism for the future. As passengers approach, the contrast between the airport and the surrounding slums is a stark reminder of India’s wealth disparity. 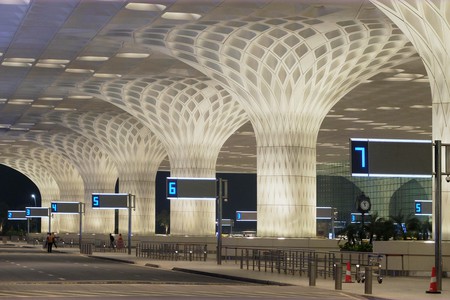 Perched among the mountains of Tibet, Daocheng Yading is the world’s highest civilian airport and anyone landing there should be prepared. At 4,411m (14,472 ft.) above sea level, the airport is so high that altitude sickness is a real threat for visitors, but worth it for the incredible views of the rugged landscape beyond. Architects GUD Group were inspired by Tibetan culture and Daocheng Yading’s discus-shaped terminal resembles the knot of a khata scarf, popular among the province’s Buddhists. The airport will lose its place as the world’s highest airport in 2020, when China opens its Nagqu Dagring Airport, 4,436m (14,554 ft.) above sea level. 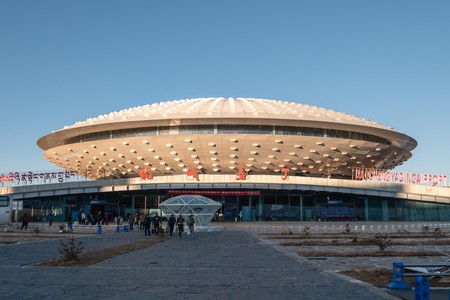