The Legend Behind the Qixi Festival 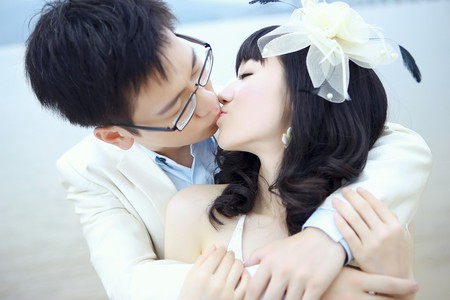 While Valentine’s Day is on February 14 in other parts of the world, China celebrates its version during the Qixi Festival, which falls on the seventh day of the seventh month of the lunar calendar. The reason why? A legendary romantic tale that has endured for thousands of years.

As with most traditional festivals in China, there is a legend behind the Chinese equivalent of Valentine’s Days (known as “Qixi”), with a long history dating back to an ill-fated love affair between a cowherd and a young goddess during the Han Dynasty (206 BC – 220 AD).

Legend has it that there was once a young cowherd by the name of Niulang and an old ox. The story goes that Niulang, the cowherd, once saved the ox when it was sick. In return, the ox introduces Niulang to a weaver fairy by the name of Zhinü, who is the daughter of a powerful goddess – the goddess of heaven.

Zhinü and Niulang soon fall in love and get married without telling her mother. For a few years they live a happy life together and even have two children: one boy and one girl.

Hearing the sad news, his friend the ox invites Niulang to kill him and put on his skin, so that he will be able to go up to heaven to find his wife. Crying bitterly, Niulang kills the ox, puts on the skin, and carries his two beloved children off to heaven to find Zhinü.

The reunion of Niulang and Zhinü on the bridge of magpies. | © By shizhao (talk) / Wiki Commons

Just before he’s able to reach Zhinü, the goddess of heaven creates a huge river between them. They are separated forever by the river that later became known as the Milky Way.

However, all hope is not lost, as Niulang and Zhinü’s love for one another moves all the magpies in the land to take pity on them, and they fly up to heaven to form a bridge over the river, so that Niulang and Zhinü can meet on the magpie bridge. Eventually, the goddess is also moved by their love and so she allows them a meeting on the magpie bridge on that day every year (the seventh day of the seventh lunar month).

Today, couples in China celebrate that special day “Qixi” by going on dinner dates and exchanging flowers and cards.

However, the Chinese used to observe more traditional customs for Qixi. Among these popular traditions involved women, usually in the evening on Qixi, showing their dexterity skills by speedily threading a needle under moonlight. Young women also carved exotic flowers, animals, and unusual birds, usually on a melon skin.

Other customs involved women worshiping Zhinü (the weaver fairy) by preparing a table of offerings: tea, wine, fruits, red dates, hazelnuts, peanuts, and melon seeds. In the evening, young women sat around the table, displaying their needlework, gazing at Vega (the second-brightest star in the northern hemisphere) and praying for a good husband and a happy life. Then they’d play games or read poems until midnight.

Elsewhere, in order to honour the old ox from the legend, children would pick bunches of wild flowers and hang them on the horns of oxen.

These days Qixi is much more commercialised, and it’s usually celebrated in the same manner as Valentine’s Day – with meals, chocolates, and flowers. But not everybody is in the mood to celebrate love on Qixi day in China. Nearly 200 million people are not married in the country of almost 1.4 billion, according to official figures, with many resisting family and cultural pressure to settle down.