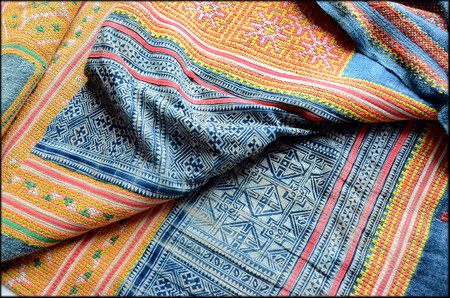 Embroidery is an art that spans many different cultures, places, and times. From medieval Europe to rural China, the ability to create fine embroidery was for many years seen as the most prized skill a woman could possess. The Miao people of China and Southeast Asia produce some of the most intricate and beautiful embroidery in the world, and the story behind this embroidery is also the story of the Miao people.

Who are the Miao?

Before understanding Miao embroidery, it is essential to understand the Miao themselves, and what makes these people a distinct and fascinating part of the diverse tapestry of Chinese ethnic groups. To begin with, the name “Miao” is the Chinese name for this group, which is actually composed of several different ethnic groups that self-identify with various other names, the most well-known of which being the Hmong. Indigenous to the South and Southwest parts of China, particularly Yunnan, Guizhou, and Guangxi province these groups share cultural and linguistic similarities, and some subsections of the Miao have migrated outside of China and into the mountainous northern regions of Vietnam, Laos, Burma, and Thailand. 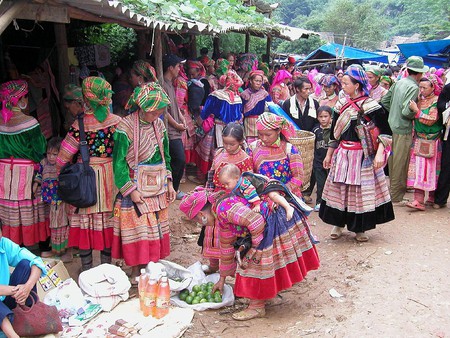 The history of Miao embroidery

Legend has it that a Miao heroine, a young female warrior named Lan Juan, embroidered pictures on her clothing as a way to record her people’s escape from advancing enemies at a time when the Miao lacked a written language for preserving their history. She marked different landmarks with different colored threads, and at the end of the journey, her dress was covered from top to bottom in beautiful intricate embroidery. Today, the wedding dress of a young Miao bride will be similarly decorated as a way of honoring her heritage. 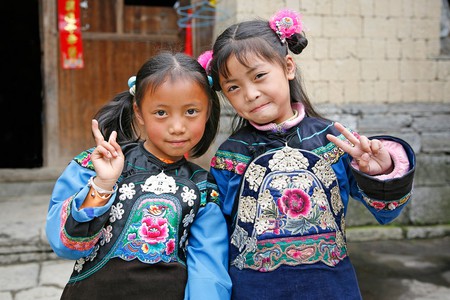 Miao embroidery involves several different unique and complex stitches that give it a special look, very different from traditional Han Chinese embroidery. The most common stitch is the “satin stitch,” which gives a shimmery effect from tightly woven threads of the same color. Elaborate geometric cross-stitch patterns are also common. The braid-stitch is a difficult stitch that is achieved by braiding different colored threads together and affixing them to a background in various patterns. Different stitches have different purposes, depending on the formality of the clothing and the function of the item. 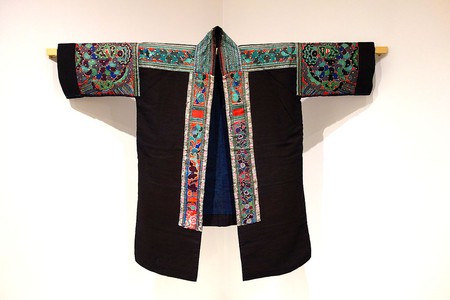 Miao embroidery favors bold basic colors – red and green are prominent, and other colors include yellow, orange, bright blue, and white, usually on a blue or black background. Nature motifs such as mountains, butterflies, flowers, and birds, frequently appear, as these have a unique place in Miao mythology. The Miao believe they are descended from the Butterfly Mother, who laid 12 eggs, one of which hatched and became the Miao people. The rest of the eggs hatched and became the other creatures on earth, who the Butterfly Mother created so that the Miao would not be lonely. Since the Butterfly Mother is such an important figure in Miao culture, butterflies are often depicted in Miao embroidery. Also popular are human figures, depicting every day village life for the Miao. 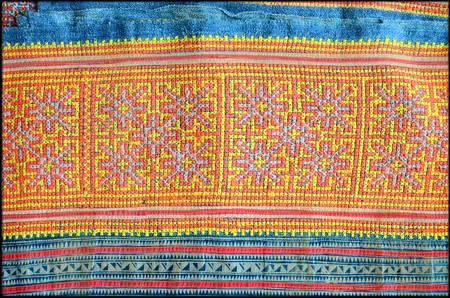 As is the case in many cultures, for the Miao, embroidery is seen as a woman’s art form. Young Miao girls will begin to learn how to embroider around the age of six or seven, with the goal of perfecting their art by the time they are 16 or 17. As a Miao girl becomes more skilled as an embroiderer, she will begin work on the most important piece of embroidery she will ever produce – her wedding dress. It may take several years to stitch the intricate patterns required to complete a fancy wedding dress, but once it is finished, the end result is stunning. 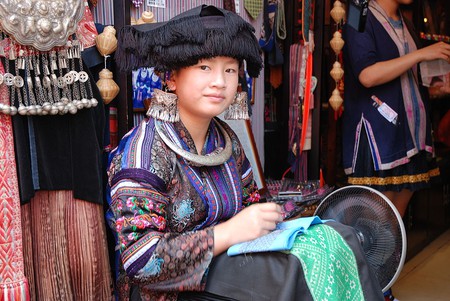