The Importance of Yin-Yang Philosophy in Chinese Food 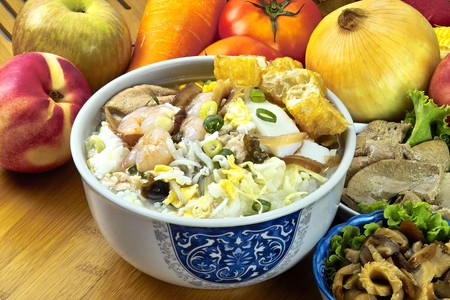 One of the key principles of Chinese thought is the duality of yin and yang. Stemming from Taoist philosophy, this principle is embedded in Chinese culture, from traditional medicine to martial arts to food. Read on to learn what that means for the balance of flavors, ingredients and cooking techniques that go into an authentic Chinese meal.

What is Yin-Yang Philosophy?

The concept of yin and yang states that everything in the universe is composed of two opposing but complementary forces. Everything that is yin necessarily has a corresponding yang, such as night and day, or hot and cold. 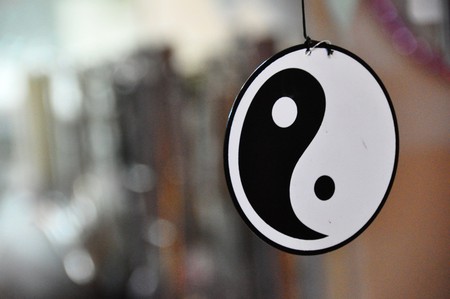 Things that are said to contain a lot of yang energy tend to be warm, strong, masculine and bright, whilst yin is associated with things that are feminine, cool, soft and dark. However, it’s important to note that both yin and yang are present in everything. When we say something is yin or something is yang, we mean it in relative terms. Nothing is purely yin, or purely yang.

Some foods are considered primarily yin, or cooling, while others are primarily yang, or warming, while still others are composed of a harmonious balance of yin and yang. Chinese people believe that it’s important to balance the yin and yang of the body, which can be achieved through eating the right foods. 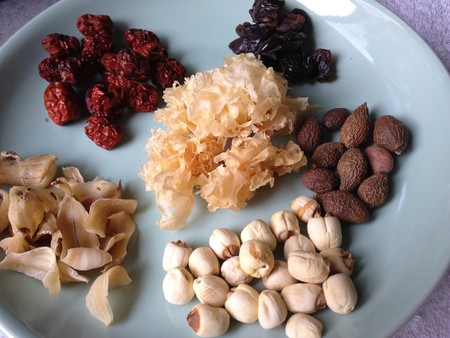 Yang foods tend to be sweet, spicy or pungent, and have warm colors such as red or orange. Often, they are dry and come from the soil. Some examples include potatoes, papaya, chilli peppers and lamb meat.

In contrast, yin foods are bitter or salty, generally have a higher moisture content, and tend to be green or cool-toned in color. Foods grown in the water tend to be yin foods. Examples include cucumber, tofu, lotus and soy sauce.

In addition, different cooking methods also have yin and yang associations. Frying and roasting are considered yang, whereas boiling and steaming are yin. 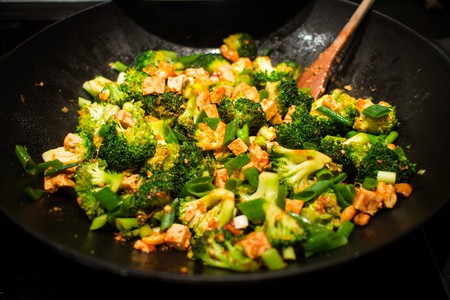 Why is it so Important to Maintain a Balance of Yin and Yang in the Diet?

According to traditional Chinese medicine, one’s spiritual, physical and emotional well-being are all regulated by the balance of yin and yang in the body. A deficiency or excess of yin or yang throws the body off kilter, leading to bodily and spiritual ailments.

As such, it’s important maintain a balanced diet, and to eat the right foods at the right time of year. For instance, having a cold is associated with an excess of yin, and can be alleviated by restoring the yang of the body. In addition, Chinese people eat refreshing, watery yin foods to fend off the intense yang of summer, whereas they warm up the body with yang foods in the winter. 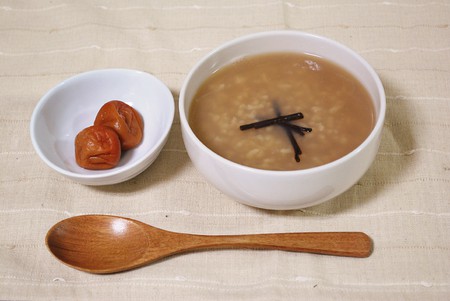 A bowl of congee | ©talblesalt/Flickr

How is Yin-Yang Philosophy Applied to Chinese Food?

A Chinese meal is centered around the concept of balance. The different ingredients work together to achieve a balance in flavor (sweet, sour, spicy, bitter and salty), texture and cooking styles. A good mix of vegetable, meat and starch (rice or noodles) is crucial. Dry dishes, such as a spicy stir-fry, should be complemented by a congee or a soup. A Chinese chef will even pay attention to the balance of colors in the meal. For example, diced meat should be accompanied by vegetables with a contrasting color, such as bell peppers or scallions. 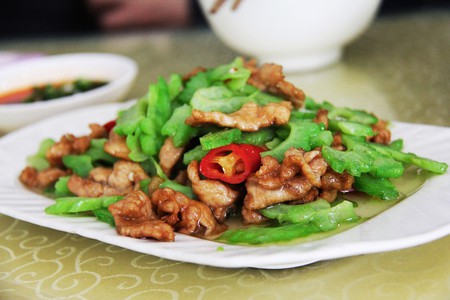 In addition, Chinese people dine communally by sharing dishes, making it easier to eat a range of foods. Because each meal is diverse and balanced, authentic Chinese food is one of the most filling and healthy cuisines in the world.