The Great Face Mask Debate Rages On Between Medical Experts 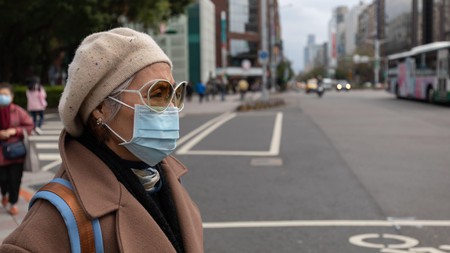 As countries around the world brace for an acceleration in new coronavirus cases, responses to one particular question have frequently fractured along cultural lines: should we all be wearing face masks?

In China, the answer is unequivocally “yes”. Since governments across the country declared public health emergencies in January in response to the Covid-19 epidemic, mandatory mask-wearing in public – whether you’re feeling sick or not – has featured prominently in strategies to control the spread of the disease.

That’s a far cry from the approaches taken in many Western countries, where health officials have largely shunned widespread mask-wearing, especially by healthy-seeming people, in favour of urging citizens to diligently wash their hands and avoid crowded spaces. They argue that while the masks can offer some protection against viruses contained in respiratory droplets, they do not block out all airborne pathogens. 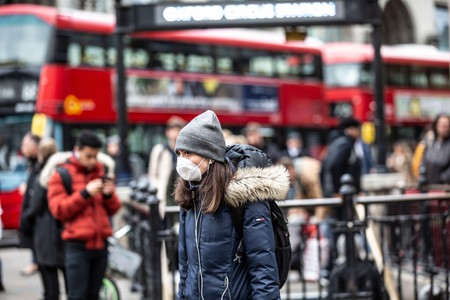 For years, people in China and its neighbours have worn masks in response to minor respiratory diseases or heavy air pollution. Now, as people of East Asian heritage embrace the same practice in some Western countries, the squares of nose- and mouth-covering fabric seem to be triggering unease.

Last month, a Washington DC-based Caixin reporter was told, “only sick people wear masks” while attending a press conference at the White House. More seriously, East Asian communities in countries including the US, the UK and Australia have linked mask-wearing to an increase in racist attacks.

The medical community lacks a clear consensus on whether we should all now be affixing face masks before stepping out of the front door. In guidelines on dealing with Covid-19 published in late January, the World Health Organization said there is a lack of conclusive evidence that mass mask-wearing in community settings effectively checks the spread of infectious diseases.

But some experts have pushed back against that position. An article published on 3 March in the peer-reviewed medical journal The Lancet, and co-written by Chi Chiu Leung, a doctor affiliated with the Hong Kong Tuberculosis, Chest and Heart Diseases Association, argued that the lack of such evidence “should not be equated to evidence of ineffectiveness, especially when facing a novel situation with limited alternative options”.

To understand whether face masks help prevent the spread of Covid-19, we need to consider how the virus spreads. Currently, scientists think it mainly transmits both via respiratory droplets produced when an infected person coughs or sneezes and via close contact with an infected person. In addition, there is some evidence of so-called aerosol transmission – tiny particles suspended in the air – when people stay in closed environments for prolonged periods.

There is some evidence that standard surgical masks can counteract droplet-borne transmission. According to an article on the “reasonable” applications of masks published by the Beijing-based Xuanwu Hospital at Capital Medical University, such masks – which include a water-resistant outer layer, an air-filtering middle layer and a moisture-absorbing inner layer – protect both the wearer and others around them from respiratory droplets by blocking them and neutralising the pathogens they contain. 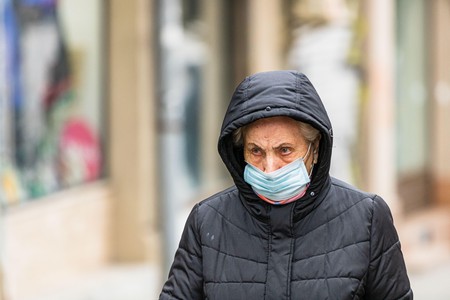 Similarly, a 2006 study into the influenza A virus by researchers at the University of Toronto stated that surgical masks can be used to guard against the spread of large droplets but not aerosols.

But things get trickier as the vectors of disease get smaller. According to an article on the US Food and Drug Administration’s official website, although surgical masks can effectively screen large airborne droplets and those expelled by the wearer, their relatively loose-fitting design cannot totally filter out the smaller particulate matter transmitted through the air during coughing and sneezing, preventing germs from reaching the mouth and nose.

The US Centers for Disease Control (CDC) does not recommend that people who are well wear surgical masks or their higher-specification counterparts, so-called N95 respirators, to protect against Covid-19. According to the FDA, the term “N95” is given to respirators that block at least 95 percent of “very small” particles down to 0.3 microns in diameter. 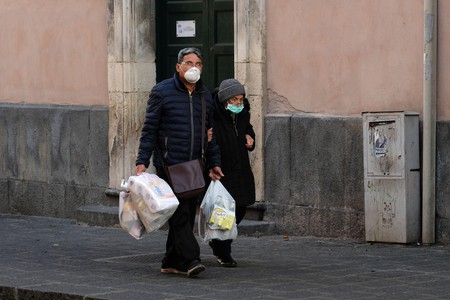 In short, surgical masks might do a decent job at screening out large airborne droplets, but they don’t put up as strong a defence as N95 respirators when it comes to the smaller stuff. However, whether or not we all need to be wearing one depends on whom you ask.

Some research suggests that combining mask-wearing with other preventative strategies can effectively stop diseases from spreading.

A 2009 study co-sponsored by the US CDC, the Hong Kong government and Hong Kong University split 259 households into a control group, a hand-washing group and a combined hand-washing and mask-wearing group. The study found that those who took the combined approach within 36 hours of a family member contracting the flu had infection rates up to 70 percent lower than expected.

A University of Michigan study conducted during the 2007 to 2008 flu season took a slightly different approach, splitting nearly 1,200 young people at five college residence halls into a control group, a mask-wearing group and a combined mask-wearing and hand-washing group. It found that the rate of flu-like infections in the combined group fell significantly compared to the other two groups. 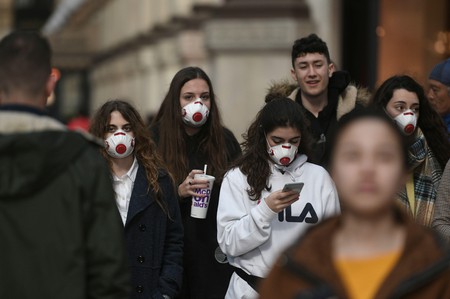 However, those two studies don’t necessarily mean that wearing a mask is completely ineffective. Rather, they mean that face masks might work best with other preventative strategies like frequently washing hands with soap and water or rubbing them with sanitiser.

While the jury is still out on the great face-mask debate, spiking global demand for them indicates that ordinary consumers aren’t taking any chances.

Countries in Europe and North America have called on people not to unnecessarily buy large quantities of surgical masks in order to ensure adequate supplies for medical personnel. According to US PIRG, a federation of American public interest research groups, the price of most face masks and sanitisers on Amazon rose at least 50 percent over the 90-day average as the Covid-19 outbreak spread, a sign of a dramatic increase in demand. 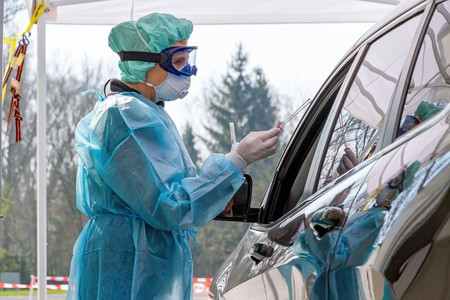 Nonetheless, the global mask supply is feeling the squeeze. In China, which under normal circumstances produces around half of the global supply, domestic demand is preventing manufacturers from fulfilling orders from overseas importers and fuelling continued shortages of the raw materials required to make the masks.

This article was written by Zeng Meiya, Zhao Ning and Matthew Walsh for Caixin Global, a Beijing-based financial news website. It has been shared for republication by the World Editors Forum, a leading network for print and digital editors of newspapers and news organisations around the world.