The Five Great Mountains of China 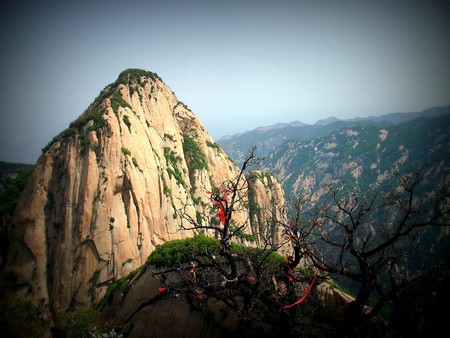 Being a land stretching far East and West, China has a number of mountain ranges and solitary mountains to be admired. Hiking is a popular pastime, and many believers travel to faraway mountains to complete pilgrimages, the same way emperors and common folk have done through the ages. The following five mountains, known as the Five Great Mountains of China (Wuyue), are arranged according to the five cardinal directions (the center being one of them) and are among the most revered natural landmarks of China.

Similar to many other revered mountains in China, Mount Heng holds meaning for the followers of the Taoist faith. The mountain may not be as popular as the other four, given its northern location, but that can be seen as advantage for a hiker seeking peace and isolation. Located at the foot of the mountain is the Hanging Monastery (Xuankong Si) running along the side of the mountain. The wooden structure is supported by dozens of wooden pillars, and despite its feeble appearance welcomes many visitors every year. 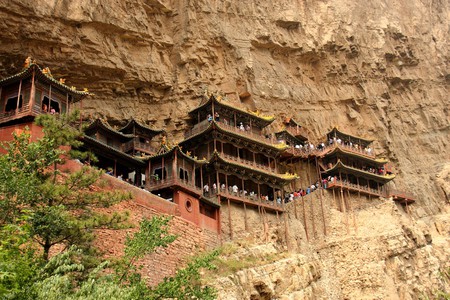 Mount Heng in the south has a total of 72 peaks all of which are covered in trees, some of which are centuries-old. It is a beautiful spot to hike in the summer to admire the blooming greenery. Among the mountain peaks, a number of Buddhist temples are scattered. Of note is the Grand Temple of Mount Heng located at the foot of the mountain. The temple has survived many dynasties, with the earliest records of its existence dating back to the 8th century AD. Although the temple was severely damaged during the Cultural Revolution, it retains its religious significance to many believers. 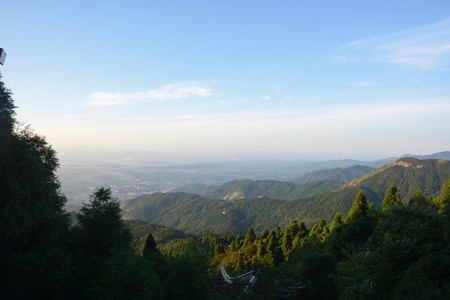 One of China’s central mountains, Mount Song is located on the bank of the Yellow River, close to the ancient capital of Luoyang. Mount Song is best known as the location of the Shaolin Temple, the birthplace of Chan Buddhism, and thus retains religious significance to followers of both Buddhism and Taoism. The Shaolin Temple attracts curious visitors who want to observe the practitioners of martial arts demonstrating superb strength and coordination. The area around the mountain peaks has a number of other Taoist and Buddhist monasteries. 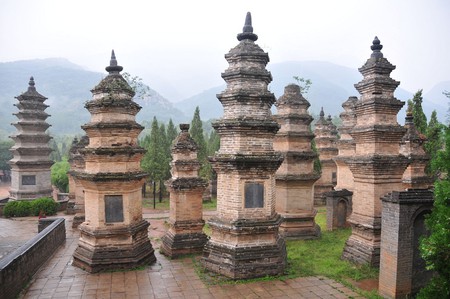 Mount Hua is a popular destination for those staying in the ancient capital of Xi’an. The mountain complex consists of five major peaks, all of which are accessible for hiking. Nevertheless, a number of narrow paths and rugged steps make it a challenging climb, and at the south peak, the narrow plank walk running along the side of the mountain will challenge anybody’s relationship with heights. While walking along two narrow planks (attached with a harness to the edge of the mountain), you can move along the mountain. The trick is that it’s not a one-way path, and your balance will be tested when handling traffic coming from the other direction. 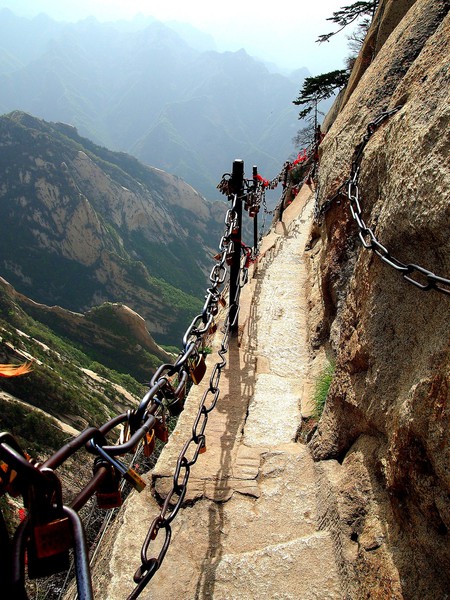 Mount Tai has been worshipped since the time of Shang culture, roughly 3,000 years ago. Emperors of China would come to this mountain to meditate and offer sacrifices, similar to writers and artists who for centuries have visited Mount Tai for inspiration. Given its long-running history of worship, the mountain has been preserved with little alteration. It is also considered one of the most climbed mountains in China. The hike is not an easy one and may take most of the day to reach the top.

Elephant Trunk Peak at Mont Tai | © seeminglee/Flickr
Give us feedback