The Fable of Wang Ayi, Shanghai's Queen of the Pyjama-Clad Generation 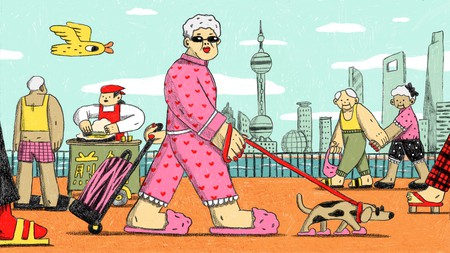 It’s a mild autumn day in Shanghai’s trendy Xuhui district. Expats are taking advantage of the rare blue skies with mid-afternoon joyrides on their rented Ofo bikes. The street sweepers are out in full force, brushing the fallen leaves from the pavements in an effort to prolong the summer. Young transplants from Tier 2 cities are walking their dogs in their finest apparel, knowing that this is the perfect day to show off their newfound status. Everyone is looking their best, and Shanghai is showing off its good side.

That’s when Wang Ayi steps outside.

Tucked between an upscale massage parlour and a coffee shop, Wang Ayi’s apartment goes unnoticed by most. After all, it’s little more than a single room, dank with the smell of last night’s stinky tofu and lit only by the blue light of the box TV in the corner. In front of her apartment, a radiant bride is on a mission to get the perfect pre-wedding pictures. Her dress, though only rented for the occasion, costs more than Wang Ayi’s monthly rent.

The elderly Shanghainese woman – called ayi, or aunt, to indicate her advanced age – looks as if she doesn’t belong. It’s late afternoon and she’s still wearing pyjamas: a pink, two-piece cotton number with a plaid overlay that she bought from a shop that somehow survived the advent of Taobao, China’s answer to eBay. 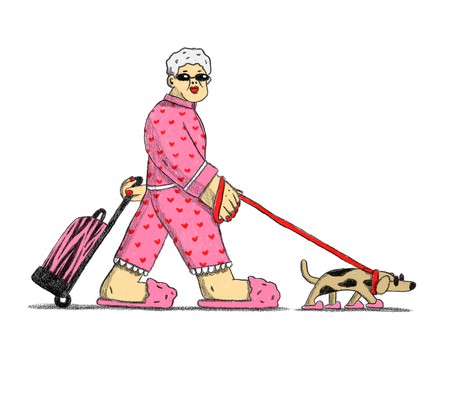 As she walks down the street, trailing a rolling tote bag behind her, she looks as if she’s going to stop at the vegetable stall on the corner. But she keeps going. She turns left, her tote bag letting out a tiny squeak as it rounds the corner. She enters the metro station, her bag clunking down the stairs behind her.

And here they are, left and right, in front and behind, dressed in two-piece cotton pyjamas with plaid overlays: Shanghai’s other ayis. Their husbands are with them, too: some shirtless and in boxer shorts, others with similar two-piece cotton numbers.

The generation that was born uncool

As Shanghai becomes ever trendier, it can be easy to ignore the pyjama people – but they’re there. They are the older generation, one that can remember shikumen housing before the gentrification, back when living in a shikumen just meant you were poor. They are the generation that was born uncool, sandwiched between the city’s party years, too young to remember the roaring ’20s, too old to enjoy the Wild Wild West of the ’00s. They are everything that Shanghai wants to hide, yet everything that makes it the city it is. 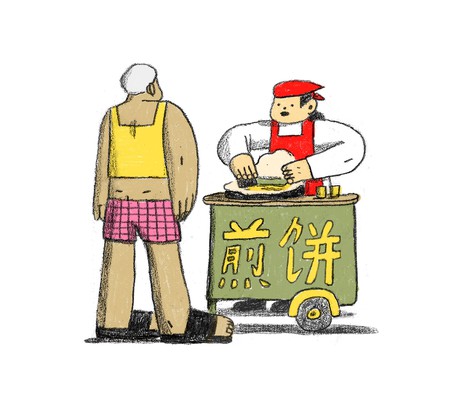 From an outside perspective – that of, say, a city official – wearing pyjamas in public is uncivilised. In fact, one Shanghai neighbourhood committee once tried to ban the wearing of pyjamas in public for that very reason. But as with many of the city’s attempted crackdowns, the measure failed.

To Wang Ayi, wearing her pyjamas in public is the same as the recent transplant from a Tier 2 city wearing her multi-thousand-renminbi coat to walk her dog. To Wang Ayi, her pyjamas show their own kind of wealth. Sure, she probably bought them 20 years ago, and sure, they probably cost no more than a hundred renminbi, but they show that she has time for leisure. There’s something about wearing them that says, “I own this city”.

As Wang Ayi walks down the street with her rolling bag clanking behind her, she carries with her an aura of cool – not the kind of cool that the youngsters on their Ofo bikes have, but a get-out-of-my-face type of cool, an I-survived-the-Cultural-Revolution type of cool.

No one can touch her.

Wang Ayi is so cool, in fact, that her style is set to get the shikumen treatment, rendered as trendy as Xintiandi, where former shikumen now house Michelin-star restaurants. It can be no coincidence that Xintiandi was the site of the 2017 Shanghai Autumn/Winter Fashion Week, where young, gaunt models posed in front of the shikumen facades in what can only be described as dolled-up versions of Wang Ayi’s pyjama ensemble. 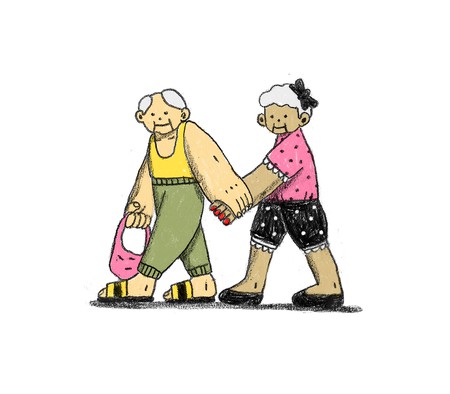 It’s easy to laugh at the pyjama-clad generation. There’s nothing sexy about sitting outside in sleepwear during a Shanghai heatwave, listening to state radio broadcasts and chain-smoking a pack of Zhongnanhais. But what would the city be without them? If Wang Ayi decided to wear clothing from Supreme and carry a Birkin bag, how would Shanghai be different from any other city?

Wang Ayi is not alone. Together with her band of stubborn senior citizens, she is the spirit of Shanghai, a city that struggles to reconcile what’s beautiful with what’s real – where officials chastise the elderly for wearing pyjamas – without realising that some things can be both.

Nor is Wang Ayi one woman. She is the face of the city. And, in fact, its body: one covered in a pink, two-piece cotton number with a plaid overlay.