A Month-by-Month Guide to Visiting Shanghai 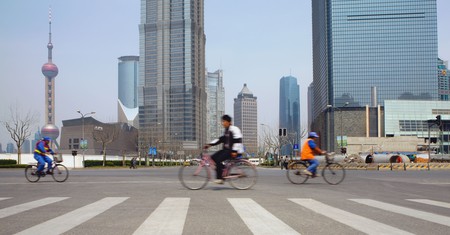 No matter which month you visit Shanghai, there is always something to do | © Allan Symon Gerry / Alamy Stock Photo

Though Shanghai is teeming with activities and attractions, both indoor and outdoor, it can sometimes be a slave to its erratic weather. No matter when you visit, pack smart and don’t forget an umbrella. Here are a few tips for travelling to the city throughout the year and a guide to the best times to visit Shanghai.

If you want the Shanghai experience without all the people, January is the time to visit. Depending on the year, the month is sandwiched between two major holidays: the Western New Year (on 1 January), which is a public holiday in China, and the Chinese New Year, which is incredibly important. Because the lunar calendar dictates the Chinese New Year, the holiday falls on a different date each year, sometimes in late January and sometimes in early to mid-February.

The Chinese New Year, or Spring Festival as it is called in China, is often referred to as the largest human migration in history, as millions of city dwellers pack up for a week or two and head to the countryside to see family. That leaves cities like Shanghai feeling more like ghost towns than metropolises, but be aware that the major tourist attractions, such as Yu Garden and the Bund, both become flooded with extra Chinese tourists during this time. Indeed, there are so many visitors that military personnel have to serve as queue barriers. 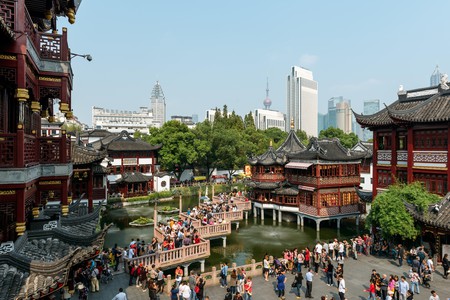 February can have the same confusing hectic-calm effect that January does, though it typically subsides after a week or two. It is the perfect month to stay inside, with the infamous Shanghai humidity making the month’s winter weather feel even more unbearable. Take this time to check out one of Shanghai’s world-class museums or get pampered in one of its dreamy spas. Those not fazed by heights are encouraged to soar sky high in one of the Lujiazui skyscrapers, perhaps the Jin Mao Tower. 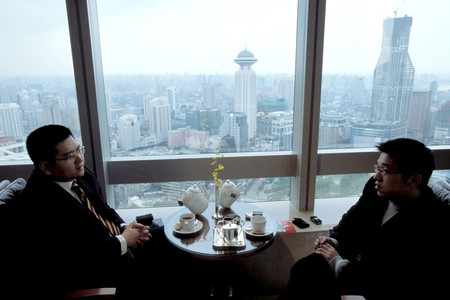 By March, the weather is starting to become more pleasant in Shanghai, just enough for the cherry blossoms to come out and play. Though the city’s cherry-blossom season is overshadowed by Japan’s, Shanghai offers many idyllic places to enjoy the blooms. Indeed, eight city parks take part in the annual Cherry Blossom Festival, which lasts until mid-April – even Tongji University has a few pink trees on display. 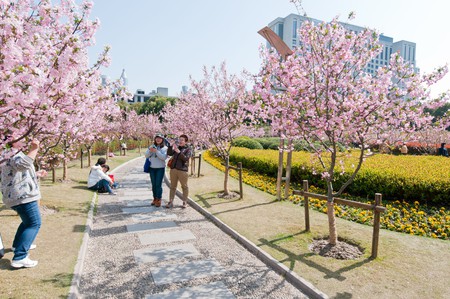 April kicks off every year with the Qingming Festival, also known as Tomb-Sweeping Day. On this public holiday, which always falls on 4, 5 or 6 April, Chinese families visit the graves of their deceased relatives to pay respects, pray and offer sacrifices. The festival also marks the end of the prime green-tea-picking season, meaning teas produced before this date carry a higher price tag than those picked and produced after. Those looking for a perfect snack to pair with a pre-Qingming green tea will be delighted by the seasonal tuanjie, a sticky-rice dumpling filled with red or black bean paste. April is also the perfect month to gorge on savoury dumplings, of which there is no shortage in Shanghai. 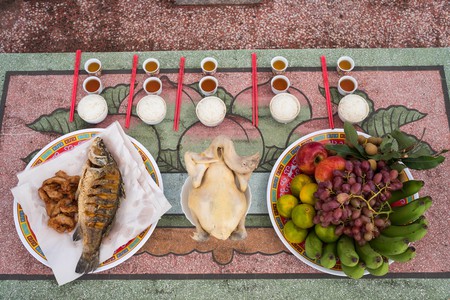 May is one of the most popular months to visit Shanghai, and it’s not hard to understand why. Before the plum rains (heavy downpours brought on by the collision of moist Pacific and cool continental air) start and the temperatures skyrocket, the city enjoys a peaceful spring energy with people dining al fresco, bars opening their terraces, leaves on the French Concession’s parasol trees bursting open and casual cyclists picking up their hobby once again. Of course, more tourists mean larger crowds and higher hotel costs, both of which can be avoided by planning far in advance and enjoying the city’s alternative attractions. 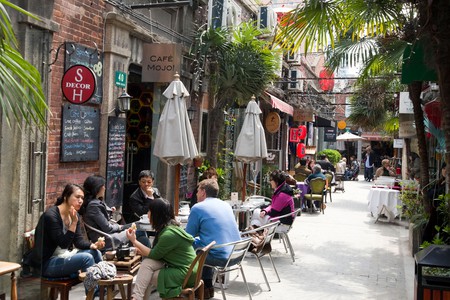 The beginning of June carries a May-like pleasantness to it with a few more rainy days added to the mix. This month is a great one to explore Shanghai on foot, so bring good walking shoes. There is only one public holiday during the month: the Dragon Boat Festival. It falls on the fifth day of the fifth month of the Chinese calendar, usually a day in early June. In addition to stuffing faces with zongzi (a traditional and savoury sticky-rice pyramid wrapped in bamboo leaves and stuffed with pork belly), local people and immigrants alike typically spend the day watching dragon boat races on the Suzhou River, Huating Lake or Huaxiang Greenland. Check the local papers for details. 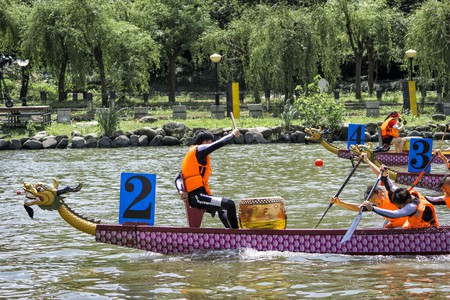 The Dragon Boat Festival is a June highlight | © kwmedia / Shutterstock

If you can’t stand the heat, well, stay out of Shanghai in July. Though the temperatures may not look so foreboding on paper, the high mercury plus the high humidity create a true feeling of being – in scientific terms – scorched. Those who do decide to brave the heat should cool off in one of Shanghai’s many indoor or outdoor pools. The trendy W Hotel rooftop pool overlooking the iconic Shanghai skyline is a great example. 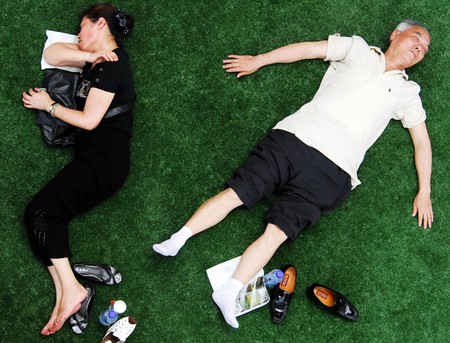 July is a scorcher in Shanghai | © ROPI / Alamy Stock Photo

August isn’t much better than July in terms of weather. Indeed, both months are plagued by the plum rain. To add insult to injury, August is also peak typhoon season, and while the tropical storms tend to hit Taiwan and Hong Kong much harder than they do Shanghai, it’s best to come prepared with a sturdy umbrella. 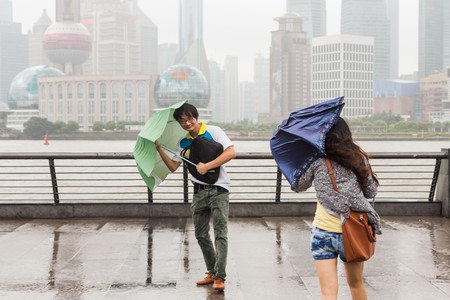 If you come to Shanghai in September, come with an empty stomach. The Mid-Autumn Festival, one of China’s more important holidays, typically falls in the middle or at the end of the month, meaning mooncakes galore. Indeed, everyone will try to feed you mooncakes, which are full-moon-shaped pastries traditionally filled with a red bean or lotus seed paste and often dried yolk from a salted duck egg. They are an acquired taste to say the least, but as people have become expected to give and receive them during the month, every person ends up with far more than he or she can eat and pawns them off on any sorry sucker who passes by. 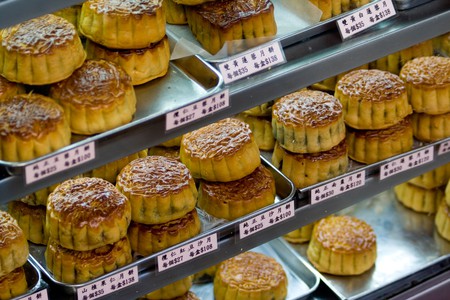 Ah, October in Shanghai. This month is when you can really breathe. The trees are just starting to turn, and the weather is beautiful every day. It would be the perfect Shanghai month if it weren’t for Golden Week, a holiday based around National Day in which everyone travels; it takes place the first week of the month. If you live in Shanghai, this means a week of beachside living in Bali or scuba diving in the Philippines. For those visiting Shanghai, however, this means a week of local tourists. Luckily, it’s only a week, with the rest of October free to enjoy. 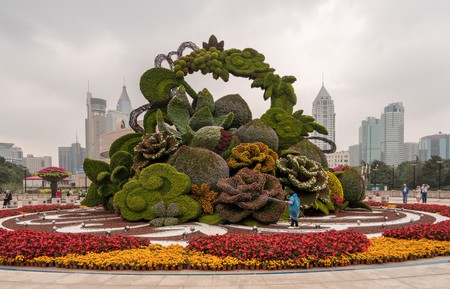 Like September, November is a food-centric month in Shanghai – this time for a delicacy much more worthy of your cheat days than mooncakes. November is peak hairy-crab season, which, though not appealing in name, is nothing short of heaven for your taste buds. Shanghai’s best hairy crabs come from Yangcheng Lake, a freshwater lake near the city of Suzhou. Sold almost everywhere in Shanghai during the late fall, hairy crabs can cost more than a prime cut of steak. They’re best enjoyed steamed and plain with a pairing of huangjiu (yellow rice wine). 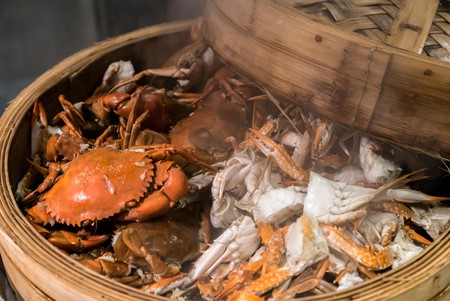 While Christmas is still little more than an excuse to “shop ’til you drop” in China, Shanghai has adopted a few more of the West’s winter traditions than its fellow Chinese cities. For example, Shanghai loves its German Christmas markets, and the glühwein sold here is surprisingly well executed. Yes, despite China’s secularism, or perhaps thanks to it, December in Shanghai has a sleepy, just-started-the-hibernation feel to it. If you can handle the plummeting temperatures, December is a great month to visit. 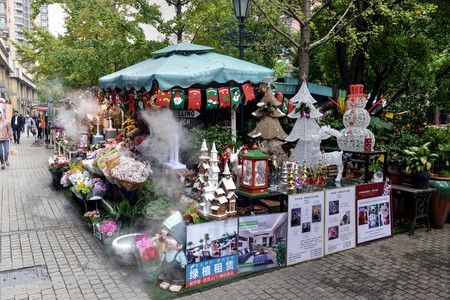 When not to go to Shanghai

Shanghai is a city unlike any other, and it is worth visiting any time of the year. However, the winter tends to be very cold and grey and the summer very hot and sticky, leaving the spring and fall the best times to visit.