The Best Things to See and Do in China in Summer 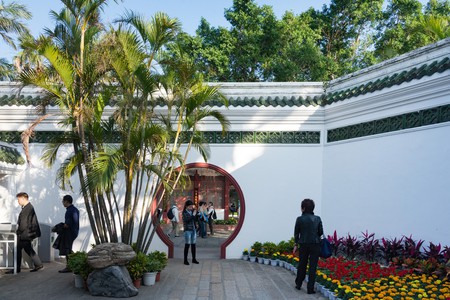 Whether you’re trying to get away from the heat or soak it all in, China has the perfect summer destination for you. From the al fresco bars of Shanghai all the way to the Mt. Everest base camp in Tibet, here are the best things to see and do in the summer.

During the summer, most of China gets hot, hot, hot, with temperatures rising into the 30s (°C (86°F upwards)) and beyond. Some ingenious men have taken to beating the heat by rolling their shirts up above their bellies and sporting a look that has become affectionately known as the ‘Beijing bikini.’ Go to the place it all began, Beijing, and enjoy a summer with the best of them. While you’re there, check out the aptly named Summer Palace, and, of course, the Great Wall.

Cigarettes and card games on a hot day. @andrewshee told me to be ready for the #beijingbikini. I was not ready. 🔥 #macamyes #macamyestapibukan #shanghai #hotguys

Heat up in the Gobi Desert

Spreading out across northwest China up into Mongolia is one of the world’s largest deserts, the Gobi. You may think that summer in the arid land would be unbearable, but the weather is typically moderate and comfortable. Although temperatures have been known to soar to as high as 49°C (120°F), an average summer day in the Gobi Desert sees a range between just 9°C (48°F) and 23°C (73°F). Take a flight to Gansu province and make your way over to Dunhuang, where you can embark on a camel trek through the dunes.

Cool off on Mt. Everest

Mt. Everest is not just in Nepal; in fact, the northern base camp is situated well within China’s Tibetan borders. During the summer, buses are allowed to drive up to the base camp, saving you the (literally) breathtaking climb. Be aware that you must secure two separate permits from the Chinese government in order to make the journey: one for the mountain itself, and another for the Tibetan Autonomous Region.

It feels like being on Mars in a way. Kilian will arrive at Everest Basecamp tomorrow, action! #oureverest

Relax on the beach in Xiamen

Want to be a beach bum all summer but avoid the tourist-packed Hainan Island? Go to Xiamen instead, where the beaches are well-kept – not just in appearance, but also as secrets. This former British colonial city is known for being one of China’s most livable, and the beaches of pedestrian-only Gulangyu Island are the perfect relaxing summer destinations.

Hold on to spring in Kunming

Kunming is the capital of and largest city in Yunnan province. Nicknamed the ‘Spring City’ for its mild climate known in Chinese as si ji ru chun, or “spring all year round,” Kunming is more than just the jumping off point for other Yunnan destinations. In 2003, the city was listed among the top ten best summer resort cities and itself has some unmissable attractions, namely Yuantong Temple, Dianchi Lake and Guandu Old Town.

Heard melodies are sweet. But those unheard are sweeter. 听见的旋律是美妙的，但听不见的却更美。人与人语言的沟通是有限的，用心去体会。

There are few more recognizably Chinese holidays than the Dragon Boat Festival, celebrated each year on the fifth day of the fifth month of the lunar calendar. On this day, people around the county gorge themselves on zongzi and watch sportsmen vie for the title of fastest boat. The legend behind the festival has it that after the poet Qu Yuan drowned himself in Hunan’s Miluo River, admirers raced out to try to save him. When they couldn’t find him, they dropped balls of rice into the river so the fish would eat them instead of Qu Yuan’s body. Today, you can celebrate Dragon Boat Festival where it all began, on the Miluo River in Hunan.

Dragon Boat Festival, right where it all kicked off around 300BC #MiluoRiver #Yueyang

There are few better ways to beat the heat than by enjoying a cold drink surrounded by a warm breeze. Shanghai is the best place to do this, with endless bars and restaurants around the city offering al fresco dining. For many options all in one place, try the sunken expat-refuge of Found 158, or opt for the swankier versions on the Bund.