The Best Things to See and Do in China in Spring 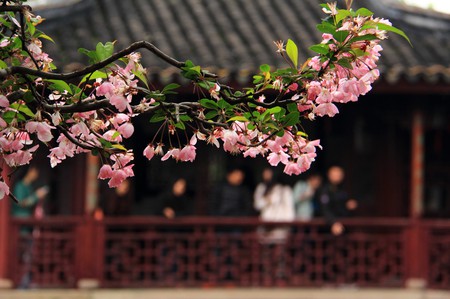 The beauty of spring in China has long inspired poets and painters, and it only increases in spectacle as time goes by. From the cherry blossoms of Beijing to the flooded rice fields of Longji, spring takes many forms in China. Here’s how to experience it at its best.

Run through fields of yellow in Wuyuan

Wuyuan is a secluded rural county in the far Northeast of China’s Jiangxi province. Due to its remoteness, the area has yet to open up to extensive numbers of travelers, making it one of few worthwhile places in China not overrun by tourists. The area is dotted with many scenic spots, from rice paddies to caves and rivers. The ancient towns of Wuyuan are also open for visitors, though most charge an entrance fee. While beautiful year round, Wuyuan is particularly magnificent in the spring when the rapeseed are in bloom, creating an endless carpet of yellow. 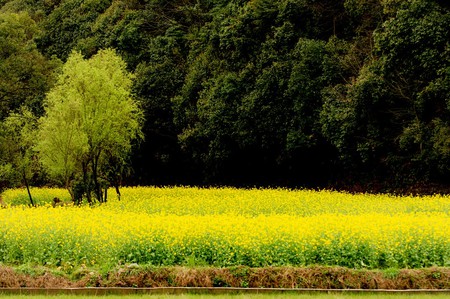 On the outskirts of Hangzhou, past the bustle of the West Lake, lie tea fields as far as the eye can see. These fields produce a green tea known as Longjing, or ‘Dragon’s Well,’ which is renowned for its high quality. In fact, the bushes from which the Kangxi Emperor supposedly picked his leaves are still around today, which are harvested and auctioned annually for a higher price per gram than gold. The tea is harvested in the spring, offering visitors a chance to pick a few leaves themselves and learn about the process of creating China’s favorite drink. 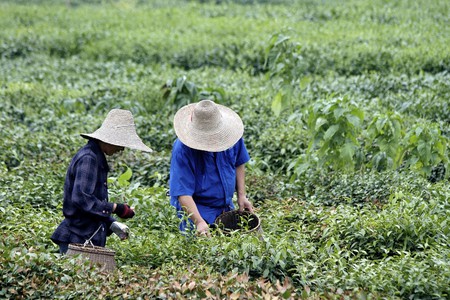 Peruse the peonies in Luoyang

Luoyang, one of the Four Great Ancient Capitals of China, holds its annual Luoyang Peony Festival in April and early May. During this time, visitors can experience many different views of the peony flower, which is unique to China. Peonies were first planted in Luoyang over 1,500 years ago and have developed over the years into many distinct varieties, from the standard blushing pink to black. 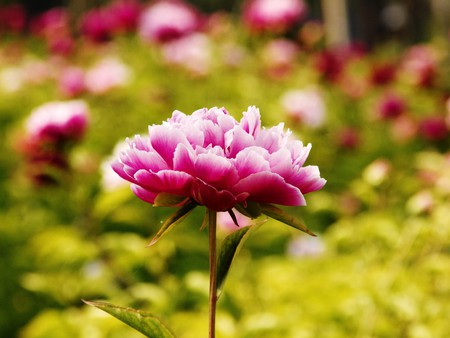 Spring is when many of China’s ethnic minorities celebrate their traditional holidays. Some of the most popular among tourists are the Water Splashing Festival, celebrated by the Dai people of Xishuangbanna near the Vietnam border; the Sisters’ Meal Festival, also known as Asia’s oldest Valentine’s Day; and the March Street Festival of the Bai people, observed in the ancient town of Dali. 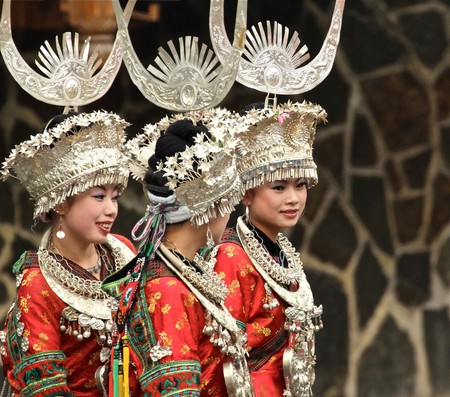 Visit the famous gardens of Suzhou

Suzhou may be a city of over 10 million, but the world drifts away as soon as you enter one of its many traditional Chinese gardens. There’s even a saying in Chinese, which translates to “Above there is Heaven; below there are Suzhou and Hangzhou.” Pictured below is the Humble Administrator’s Garden, a UNESCO World Heritage Site considered by many to be the finest example of Chinese garden in the whole country. Another excellent example is Tiger Hill. 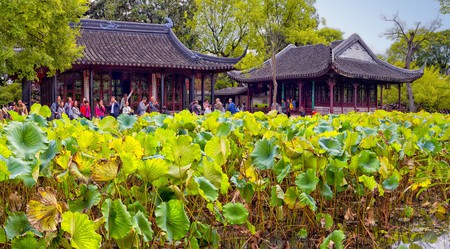 Beijing is never wanting for things to do, no matter the time of year, but if you really want to get the most out of China’s capital city, visit in the spring when the cherry blossoms are in full bloom. There are several places around the city to see these classic beauties, but the highest concentration exists in Yuyuantan Park, which hosts a cherry blossom festival each year. The cherry trees sit among 199,500 species of plant in the park and first arrived in 1973 as a gift from the Japanese government. 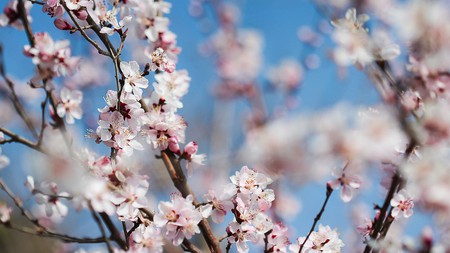 Longsheng County, 100km (62 miles) from the tourist-friendly city of Guilin, is home to the world-famous Longji rice terraces. This is iconic China at its finest, and you would be remiss if you passed it up. The terraces have four unique looks, corresponding with the four seasons. In summer, the terraces are flooded with water, producing bright green baby plants. In fall, the rice is mature and ready to be harvested, making the whole plant appear yellow. In winter, the frost comes and creates a subtropical white wonderland. And in the spring, the fields live up to their nickname ‘Dragon’s Backbone,’ when the wet fields resemble dragon’s scales. 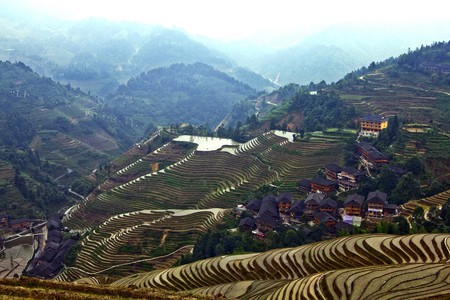