The Best Streetwear Boutiques in Beijing 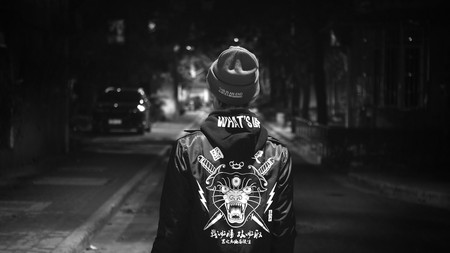 The summer of 2017 has seen the rise Chinese hip-hop, in part due to a reality show called The Rap of China, and Streetwear, an iconic hip-hop fashion, is taking off once again. Below are the best streetwear boutiques that Beijingers always go to.

Store, Shopping Mall
Facebook
Email
Twitter
Pinterest
Copy link
Share
Map View
You should never miss Juice if you are a streetwear enthusiast. It is the first Beijing locations and the seventh store of CLOT, the Chinese streetwear icon founded by Edison Chen. Located in one of the most stylish area in Beijing, Sanlitun, you can find the newly released products of CLOT plus selected clothing of European, American and Japanese brands like Deluxe and Buscemi.
Open In Google Maps
19号 San Li Tun Lu, San Li Tun, Chaoyang Qu Beijing Shi, China
Give us feedback

The NPC (New Project Center) is another famous streetwear chain store opened by Chinese celebrities. Founders anchor Nic Li and musician Will Pan opened their first store in Shanghai in 2009, and, in just a few months, the shop gained a firm foothold in the streetwear fashion industry. The best-selling brand of NPC is its own brand MLGB, which is the acronym for “Make Life Get Better.”

Store
Facebook
Email
Twitter
Pinterest
Copy link
Share
Map View
The two boutiques above are famous, but Beijing also has hidden treasures in the streetwear fashion biz, stores only known to homies. Leng Hou on Gulou Dongdajie, the coolest street in Beijing, is one such store. The boutique is named after its two owners, Lengzi and Houz. It has been selling polo shirts of Scum, Zoo York and Supreme products for years.
Open In Google Maps
Gu Lou Dong Da Jie, Dongcheng Qu Beijing Shi, China
Give us feedback

Mess started selling streetwear a long time ago. It also has its own brand, Bu Si Xiong Mao (“Pandamade”), which debuted in in 2006; the clothing is marked with the logo of a ruthless panda, the side of the species people usually turn a blind eye to. Pandamade is now one of the leading streetwear brand in China. If you want to bring home a T-shirt with “MADE IN PEKING” printed on it, then you totally should shop at Mess Beijing.

Shop
Facebook
Email
Twitter
Pinterest
Copy link
Share
Map View
Founded in 2005 and becoming the official distributor of Nike China in 2006, DEAL is the first boutique in northern China that sells limited edition sneakers. The owner, Casper Lin, is dedicated to limited edition Nike sneakers, because he’s a huge fan of Air Jordans. In the last decade, Beijing has witnessed an increasing frenzy for sneakers, and, without a doubt, we’ll see more in the future. It also develops its own sneakers in collaboration with top sports brands like Nike and Puma.
Open In Google Maps
Beijing, China
Give us feedback

Established in 1988 in Hong Kong, I.T. is a chain dedicated to promoting stylish brands among customers in Hong Kong and the mainland. Its self-created brands Izzue, 5CM, Fingercroxx and :CHOCOOLATE are all leading streetwear brands in China now and can be seen in most of the large-scale shopping malls in Beijing. I.T. also represents Japanese and western brands, like FCUK and Tout a Coup, and has branches not only in China but also in Malaysia and Singapore.