The Best Street Food In Shanghai

The huge metropolis of Shanghai is full of diverse cuisine. You can savour French dishes at a Michelin star restaurant along the waterfront, or visit a desolate alley to hunt for sumptuous treasures. The true essence of the Shanghai lifestyle, however, is inexpensive yet appetizing street food. We guide you through some of the street food delights on offer in Shanghai. 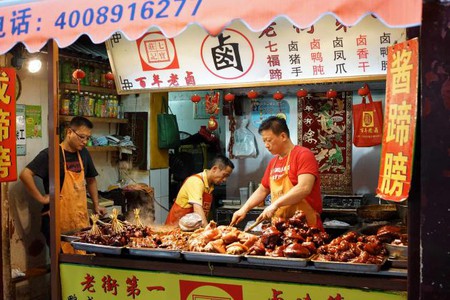 Tanggao is the Shanghai version of American doughnuts. Originally from Hebei, tanggao has a crispy skin and is fluffy in the inside. Made with easy-to-find ingredients, the dough is fried in deep fat. The fried cakes, fresh from the pan, are in an oval shape which tastes crumbly and sweet. The popular yet innovative way to enjoy a tanggao is to blend contrasting flavours in one bite. Place it inside a sesame seed cake and you will savour the sweetness of tanggao and the saltiness of the sesame.

Xiaolongbao is often equated with the most representative and authentic dessert in Shanghai, and you’ll can find this soup dumpling anywhere, from five-star hotels to shopping malls, canteens or food stalls. Originating in Nanjiang, the Shanghai-style xiaolongbao has long been served as dim sum at restaurants. After simmering the well-sealed dumplings in a bamboo steamer over medium heat, the buns are then filled with various ingredients like pork and minced crab meat. The essence of xiaolongbao is the hot broth inside the bun, so don’t forget to slurp this soup-fuelled delicacy. 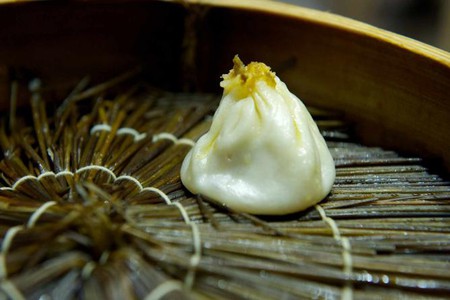 Dated back to the Tsing Dynasty in 1920-1940s, the term ‘Chai Pan wonton’ (‘chai’ in means ‘wood’, and ‘pan’ in means ‘wood fire’ in Chinese) was used to describe mobile wonton stalls in Shanghai, as hawkers tended to burn wood fires and bind their wonton with bamboo clappers. After eight at night, you’ll find Chai Pan wonton on every street corner.

Shengjian Mantou is a traditional refreshment for Han people, who are the largest ethnic group in China with hundred of years of history. This juicy pork bun is simply irresistible, especially when freshly chopped spring onions and sesame seeds are sprinkled on the boiling pot to garnish. The buns are cooked in a pan until the bottoms are crispy with a mild scorched flavour. A mouthful of delectable soup will spill over your mouth when taking the first bite. You may dip them in black rice vinegar, while some you might like to serve with chilli sauce. To savour the best flavour of Shengjian Mantou, taste it when its piping hot, it’s worthwhile, even if it burns your mouth. 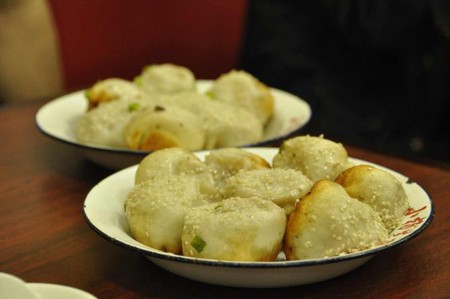 Dubbed to be the champion of breakfast food, sticky rice dumplings are much in demand as an early morning meal in Shanghai. In a piece of fried dough (called as ‘youtiao’ in Mandarin), wrapped tightly with glutinous rice, and cooked in a steamer, you can add ingredients like preserved Sichuan pickles, black bean sauce and dried pork floss. The cifantuan combines plenty of flavours, including sweetness from the glutinous rice and saltiness from the pickles. Children are fond of pinching it while taking a bite to taste its softness, chewiness, and crispness.

In Shanghai, escargots are a popular street food snack among city folks. There are a wide selections of snails, but the most common one is the cipangopaludina cahayensis. Freshly imported from Tunxi district in the province of Anhui, the juicy escargots are normally soaked in water for two days to remove any dirt or grit before cooking with parsley, cassia, and vintage wine. They have a brown and grey colour, and the texture is tender and fresh, with a bouquet and slightly caramel flavour. 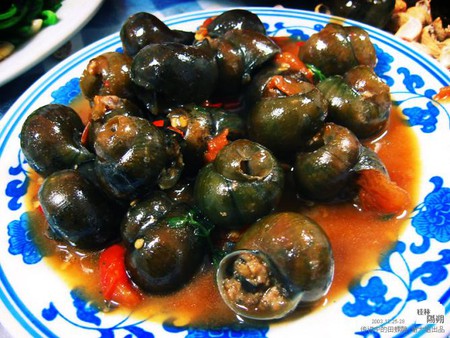 The pork chop rice cake is an economical classic Shanghai delight with over 50 years of history. Pan-fried pork chops are perfectly complemented by small and thin rice cakes through the process of pan frying and boiling. The pork chops are usually poached with soy sauce, then fried over medium heat until both sides reach a golden brown colour. When served, five-spice powder is sprinkled on the dish to bring out the tantalizing fragrance of the pork chops and the crispy texture of the rice cakes. While pork chop rice cakes are commonly found on food stalls, their flavours and aroma vary as different food stalls adopt distinctive preparation and cooking methods.

Scallion Pancake is a staple food for the Shanghainese. Pan-fried with lard oil then baked in a stove that is made from a tar bucket, the scallion pancakes of the old Shanghai style are stuffed with fresh chives. The pancakes are flattened and browned to perfection on the grill. A perfectly grilled or baked scallion pancake is a study in contrasts, the outside is crispy and crunchy while the inside is fluffy and tender. Finding a food stall serving handmade scallion pancake is as easy as pie. 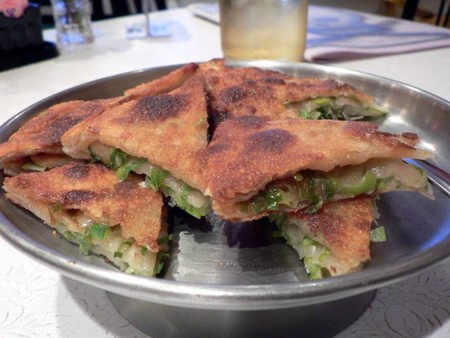 Slices of scallion pancakes | © stu_spivack/Flickr
Give us feedback