The Best Neighborhoods in Beijing for Expats 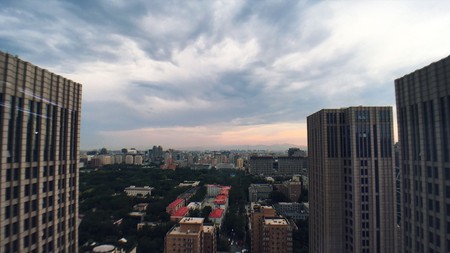 With Beijing being as big as it is, the options for where to live can feel overwhelming at times. From bustling city centers to quieter alleyways, apartment buildings to hutongs, the city accommodates its residents in numerous ways. We’ve taken the liberty of breaking down Beijing’s most expat-friendly neighborhoods for you—whether you’re looking to make a move, or are just plain curious, continue reading this neighborhood guide.

Like all districts in Beijing, Dongcheng District is a sprawling residential area stretching across the city. Occupying the eastern parts of the city, and home to many of Beijing’s best tourist attractions, Dongcheng is made up of many smaller neighborhoods filled with locals and expats alike. Most of the residents here are young professionals who earn a decent living. A majority of the expats living in Dongcheng neighborhoods have roommates to cut down on costs, even though a majority of the residential areas are reasonably priced. Whether you’re looking to live a more traditional lifestyle, or in an apartment complex, these are the neighborhoods to consider:

Some of the city’s best housing and best tourist spots are located here in the Yonghegong Lama Temple area. The housing here is an equal mix of hutong and apartment living, as well traditional and modern amenities. Being located near the Lama Temple and Confucius Temple, this neighborhood is overflowing with history. Walking down the streets, the scent of incense fills pedestrians’ nostrils, and the sounds of bells and Tibetan music fill the streets. The clash of old and new gives the buildings in the area an interesting vibe, making it the perfect neighborhood for expats looking to immerse themselves in the city’s culture. 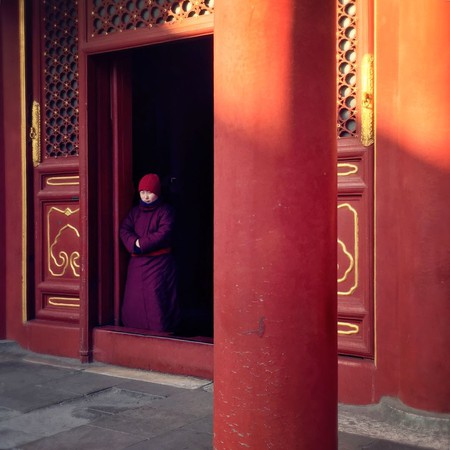 A comfortable mix of old and new money, Dongzhimen is a residential area suitable for the young professional with a higher salary. Although not all living spaces here are apartment complexes, a majority of them are; this neighborhood is comprised of mostly storefronts and skyscrapers. The cost of living in Dongzhimen is comparable to other expat-friendly areas, with the exception of the higher-end, newly built apartments. Because the neighborhood is mostly vertical, it is home to myriad shopping complexes and restaurants, making it convenient and entertaining. 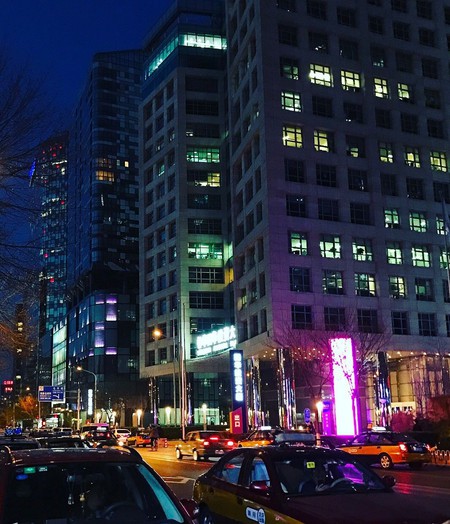 Beixinqiao is a neighborhood located between Yonghegong and Dongzhimen and is a favorite among expats. The streets that run through Beixinqiao are filled with restaurants, breweries, shops, and of course, hutongs. The neighborhood is quite small in comparison to surrounding neighborhoods, but it is still packed with people. Suitable for working professionals making a moderate income and for people looking to experience life in a hutong, Beixinqiao is an all-around great place to live. 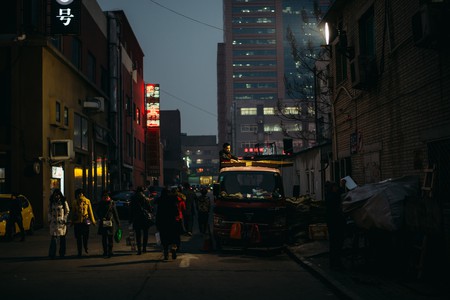 A neighborhood marked by wealth and home to an equal mix of both urban and suburban lifestyles, the Chaoyang District is best known for its bars, business district, embassies, and sprawling parks. With the district being as built up as it is, residents here have access to everything and anything they could need; many expat living spaces are equipped with modern appliances, imported goods, and opportunities to shop, party, and eat like nowhere else. For younger socialites, older business professionals, or expats with families, Chaoyang District’s neighborhoods are the places to live.

Chaoyang Park is located in what is considered to be the richest district in all of Beijing, complete with a sprawling green area located in the center of a suburban neighborhood. Residents here are typically very wealthy and live very modern lifestyles. Chaoyang Park is the perfect place to settle down if you’re moving to Beijing with a family; the area is close to many international schools, import stores, and has practically every amenity you could wish for. Although it is a bit more costly to live in this neighborhood, expats get what they pay for and don’t have to worry about sacrificing any of their modern lifestyle habits. 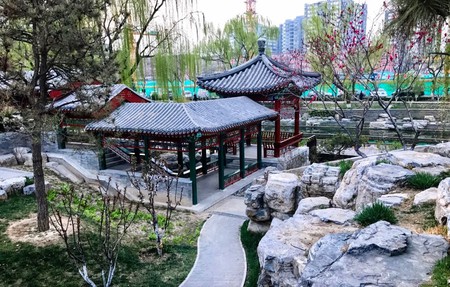 As Beijing’s art scene continues to grow, so does its need for housing for the aspiring artists; foreigners flock from all corners of the world to try and make it big in Beijing. The capital city’s official art district is known as the 798 Art District, and although it is mainly a place for tourists and artists, housing is available in surrounding areas. Most of the housing near the 798 neighborhood is apartment housing, more specifically, lofts. Residents in this area have a similar cost of living to those living in the Dongcheng District. The amenities are also similar in that there are modern appliances available and shopping malls, restaurants and cafes nearby. One of the things that sets the 798 Art District apart is that it is eclectic: restaurants in the area are prone to having funky, modern vibes, and the neighborhood itself is unlike anything else in Beijing. 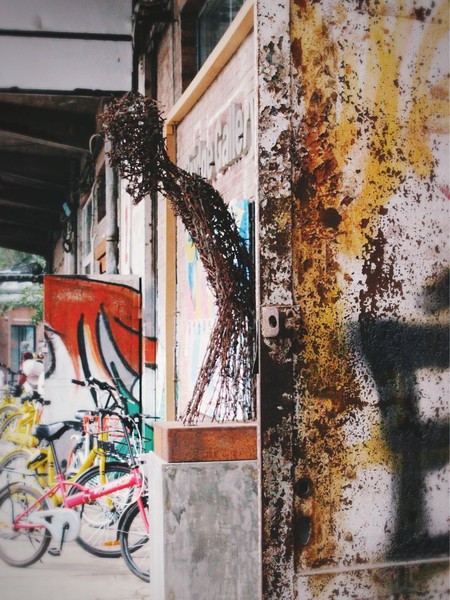 Sanlitun (also known as Sanlituar in the local dialect) is known for its incredible number of bars, nightclubs, and shopping areas. It is extremely expat-friendly. Located just a short drive away from Chaoyang Park, Sanlitun is an urban oasis for young expats looking for a more risqué lifestyle, or older professionals with a higher housing budget. Living accommodations here are a mix of apartment complexes and skyscrapers that are home to both commercial and residential reality. Since the area is heavily populated with expats, imported goods and more foreign amenities such as ovens, dryers, and dishwashers are easier to come by. Making the move to Sanlitun is a great idea if you’re looking for a neighborhood where you have everything you need, and want easy access to most of Beijing. 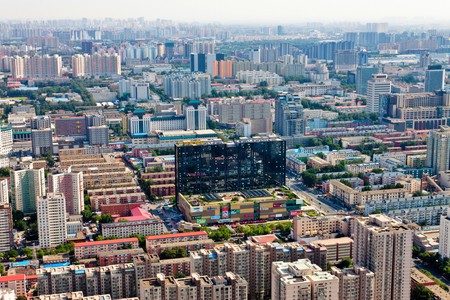 Out of all of the neighborhoods mentioned, Beijing’s Central Business District, or CBD, is certainly the most lavish. Although much of the area is commercial, the housing options that do exist are amazing. To reside in this neighborhood, expats must bring home a very large paycheck. With the living expenses being as steep as they are, people residing in the CBD can expect completely modern, serviced apartments with breathtaking views. Expats living in Beijing’s CBD typically work in the area as well, making their commutes practically nonexistent. Residents have access to innumerable high-end shopping complexes, restaurants, and other amenities. Overall, for the working professional who can afford it, Beijing’s CBD is a spectacular place to live.

Otherwise referred to as the technology district, or China’s equivalent to Silicon Valley, Haidian’s neighborhoods are packed with working professionals, government officials, and students. This district is best known for its universities—from Peking University to Tsinghua University, anyone who is looking to move to Beijing for an education will spend most of their time in and around the neighborhoods of Haidian.

Wudaokou is the neighborhood for you if you’re interested in a world-class education, or you’re just looking to party. Consisting of mainly college students, this neighborhood is known for having some of the cheapest and best bars. Expats looking to live here will have their choice of both apartment complexes and hutongs. Residences are typically less modern than others, but are reasonably priced. 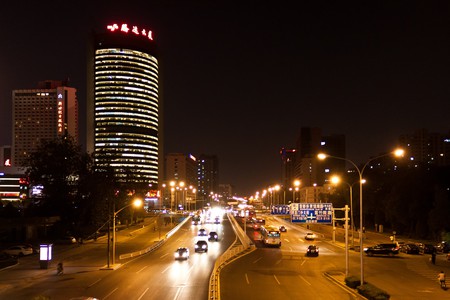