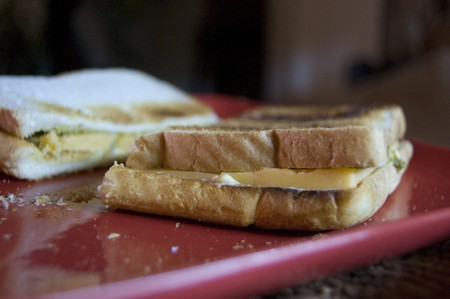 It’s been a long day in Tianjin. You just finished that meeting, or got back from your Great Wall trip but don’t want to end this night- and you’re starving. The good news is that Tianjin’s got a few restaurants that serve until midnight or later, and some are the best in town! Although many bars double as late-night eating joints, here are Tianjin’s best restaurants to enjoy a meal in the late evening.

This nicely hidden Japanese restaurant is nestled within the towers of five-star hotels and commerce skyscrapers, on the riverside of Hai He. Seemingly managed by its own head chef, Matzuzawa is one of the best Japanese restaurants you will find late night downtown. Open until midnight, its authentic cuisine includes all of your fresh favorites in sushi, sashimi and more.

Hungry for a burger? WE Brewery was started by Steve Wang, a native of Tianjin, in 2015. It has since become Tianjin’s waterhole for expats – although the main attraction here is its delicious craft brews, if you’re not up for drinks, their burgers are known to be genuinely tasty. Open until 2am on Friday and Saturdays and midnight every night after.

We found a brewery!! The owners are a Chinese/Russian couple who met in America. Their sons are Rían's newest buddies #webrewery

Said to be the only ‘true’ Italian restaurant in Tianjin, Venezia Clubis owned and managed by an Italian native and his son. Thankfully open until midnight, this family-owned restaurant is one of the few in Tianjin where it is possible to savor authentic Italian food. Remember pizza takes a while to prepare, so don’t come in too late! Do try gnocchi, lamb chops, and for dessert, the strudel.

A post shared by Venezia Club Restaurant (@veneziaclubrestaurant) on Apr 6, 2017 at 2:45am PDT

Haidilao Hot Pot is one of the most recognized and revered restaurant chains in China. It’s even publicly traded. There’s a reason to its massive success: service, food. and experience. And it’s open late. Want to beat the crowds? Come after 9pm. This is the one restaurant in China, not just Tianjin, that you must try. Produce is fresh and delicious, and the noodles are cut by the most talented chefs, right before your very eyes. This is one restaurant where you’ll learn about the customs of Chinese hot pot, and certainly, won’t leave hungry.

Ready to eat after almost 2 hours of waiting!! #HaiDiLaoHotPotRestaurant #Xiamen

Open until 2am, this cozy café is a favorite among locals, and lesser frequented by foreigners. Listen to soothing music, play trivia, board games, or check out a book from the restaurant’s very own house library. This dimly-lit elegant café was established in 2009 and is great for eating late night desserts or just order off the full menu. The Corner Chance is also liked for its coffee and cocktails.

In the mood for late night latin? Aulare serves an array of international dishes, from salads to tapas, pizzas, and sandwiches. You’ll come close to satisfying your homeland food cravings here. This restaurant has its own special Spanish menu and is open until 11pm every day.