The Best Hotels to Book in Beijing’s Central Business District 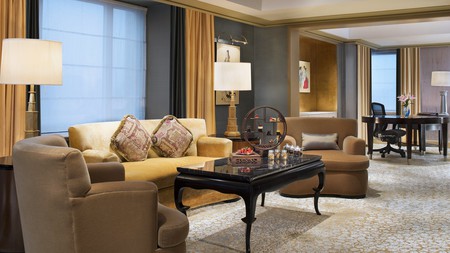 Just over 3km (1.9mi) east of Tiananmen Square, you’ll find Beijing’s centre of commence, home to global headquarters and high-rise shopping malls that have sprouted like bamboo over the past decade. High-end and cosmopolitan in feel, the CBD perfectly distils the economic chutzpah of a developed China, spearheading the rise of New Asia. Here’s where to stay in the area, bookable on Culture Trip.

Rosewood Beijing, for contemporary luxury near the World Financial Center 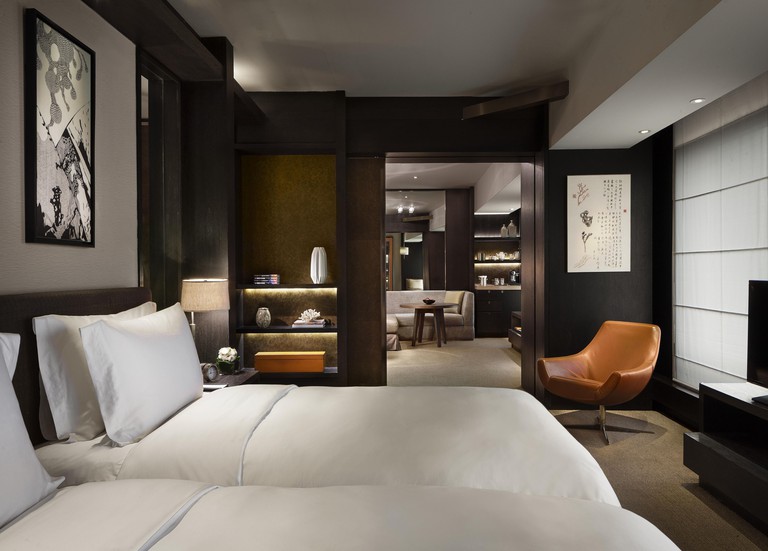 Guarded by a pair of enormous iron lions, the Rosewood exudes calm and classy sophistication. It’s an ambience elegantly supported by distinctively Chinese landscape murals, and objets d’art that grace its rooms along with lattice-like screens and beautiful lighting that characterise its public spaces. Offset the unapologetically urban panoramas in the rooms with a stint by the plant-fringed, atrium-lit pool, while restaurants range from French bistro fare to hot pot, regional cuisine and Cantonese-style dim sum. 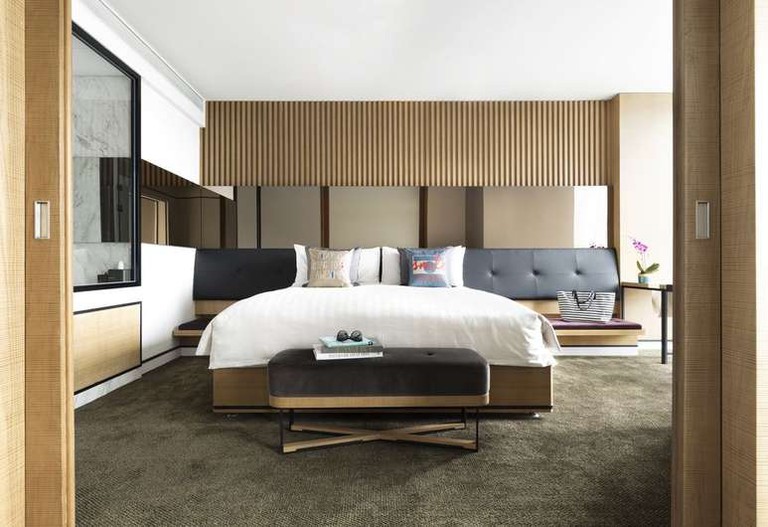 If the millennial business world has beautiful people, they’re very likely hanging out here tapping into the pizzazz of Beijing. Co-working lounges, hot desks and even office rental space provide the uptime. Downtime comes with a huge gym and group fitness classes, traditional Beijing dishes at San Wu Tang restaurant, snacks and pub-grub at Beersmith along with up to 16 beers – some of which may be brewed in-house. 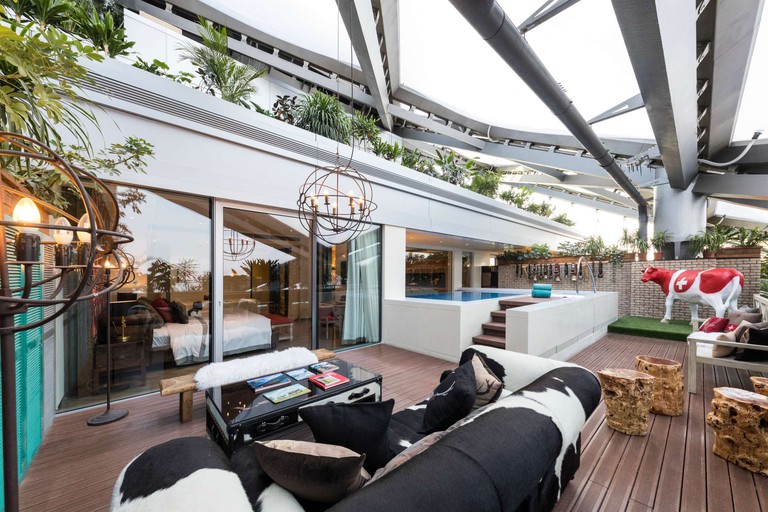 Occupying the upper floors of Parkview Green, a striking pyramid of glass and steel that contains an upscale mall and offices, the Éclat bills itself as a luxury “museum hotel”. It’s no idle boast – rooms and public areas feature over a hundred paintings and sculptures from the likes of Salvador Dalí, Andy Warhol and several highly regarded local artists. Design and decor is both high-end and eccentrically playful: the room ambience ranges from chic Parisian apartment to alpine chalet and punk-hipster. Suites feature “lagoons” – because plunge pools are simply too prosaic.

Jianguo Hotel, for leafy surroundings opposite the International Financial Center 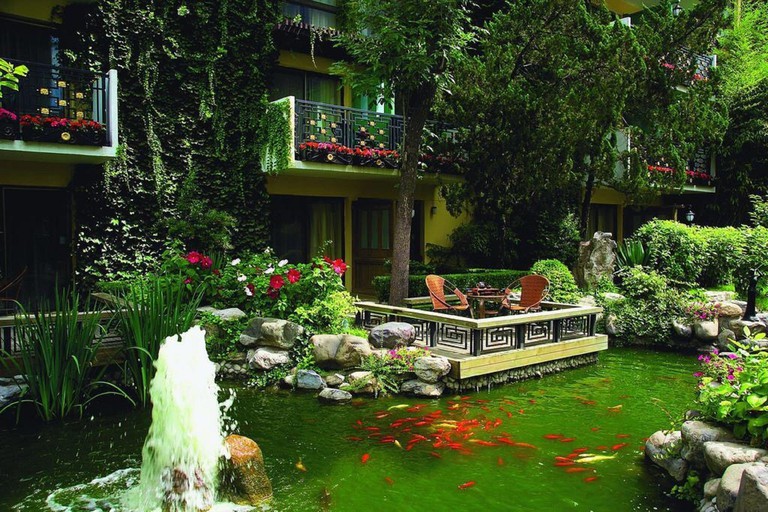 Jianguo claims to be the only “garden hotel” in the CBD – largely on account of its open ponds and verdant courtyard, stemming from its 1982 construction when Beijing had more space. It retains a slightly retro feel, which is part of the appeal. Rooms are sensibly furnished in shades of beige and brown, but there’s rather more fun in the public areas. Justine’s, a French restaurant, boasts ceiling drapery and art nouveau decor, while JW 5 Bar is loosely modelled on a British pub. 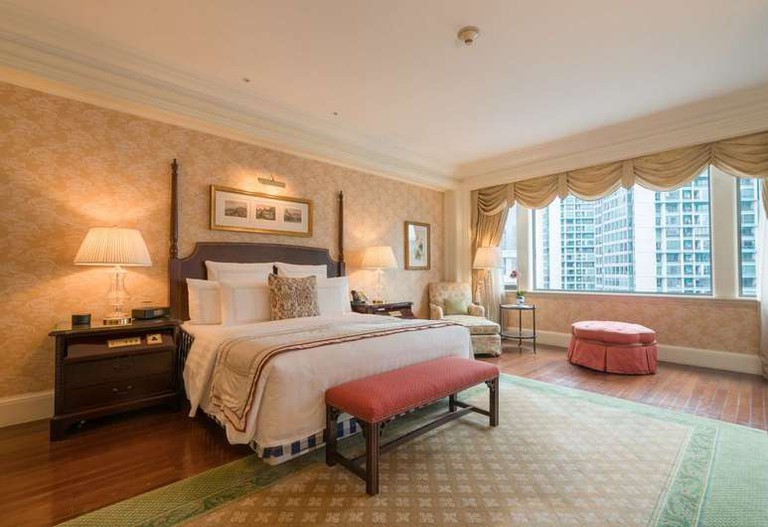 Courtesy of The Ritz Carlton / Hotels.com

Wanda Vista Beijing, for an elegant stay near the New World Department Store 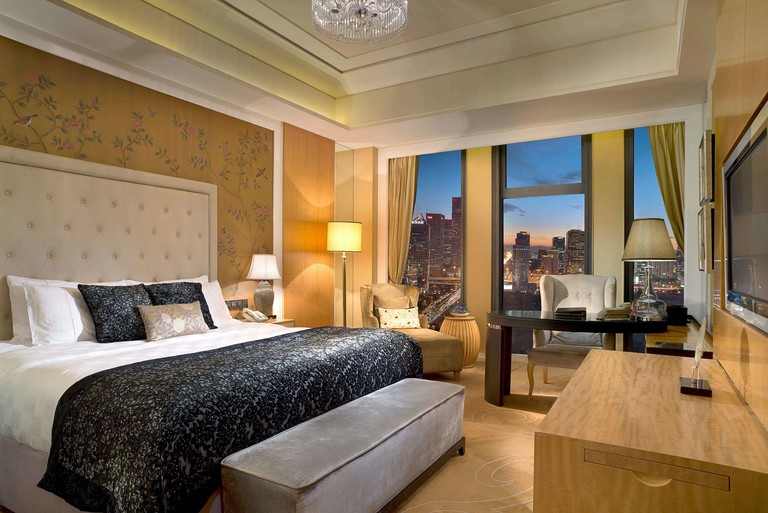 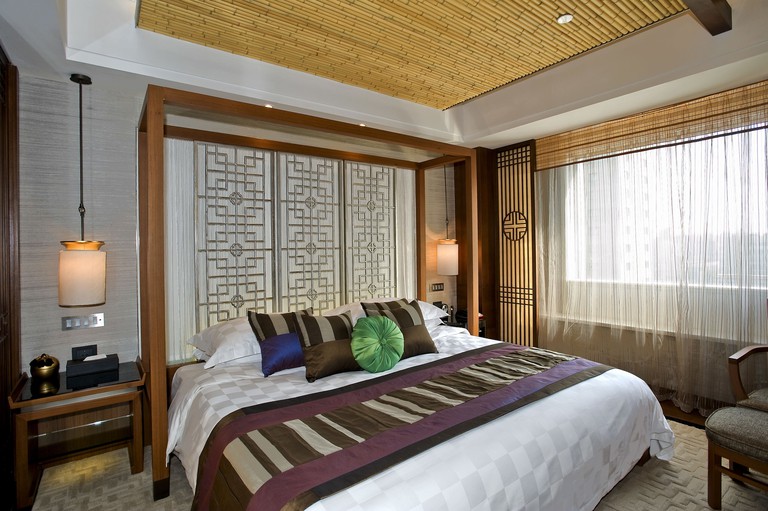 Wedged among high- and low-rises, the rather fetching traditional garden and pavilion of the Otani seem as valiant as they are incongruous. Interiors are rather snazzier than suggested by its stark functional facade – earthy palettes, Chinese accents and decorative motifs along with recessed ceiling lighting help lend a subdued but sophisticated air. Dedicated Cantonese and Japanese restaurants offer convenient dining, and there’s a good-sized indoor pool under a barrel-vaulted glass roof.

The St Regis Beijing, for unparalleled luxury near the Temple of the Sun 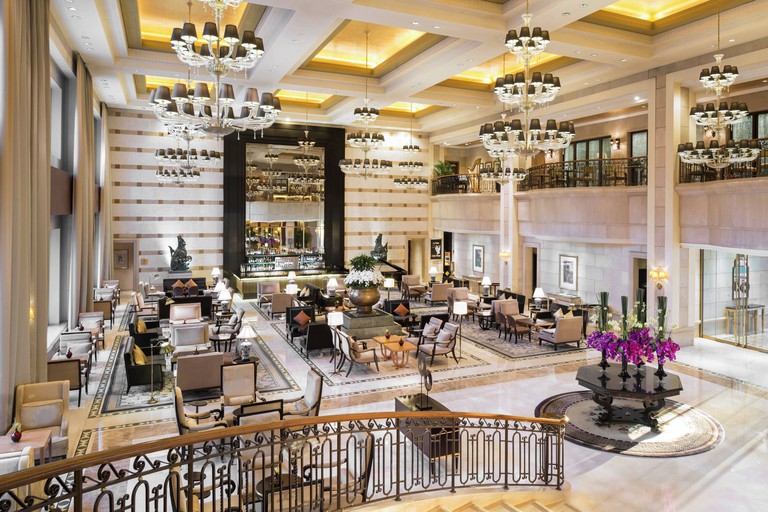 The vast jutting porch with a fountain at the St Regis looks set to shelter presidential limos and welcome VIPs at any given moment. Yet irrespective of your international credentials, all guests can enjoy the celebrated St Regis Butler Service, from unpacking garments to delivering freshly pressed coffee or brewed tea. A balconied lobby hung with tiered chandeliers sets the elegant, stately atmosphere that pervades the property. There’s a magnificent glass-walled indoor pool, and the Iridium Spa taps natural hot springs from a kilometre underground.