The Best Hotels in Beijing, China 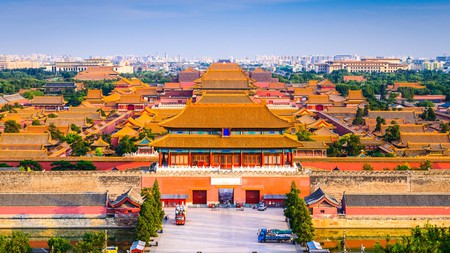 From the cavernous Forbidden City to the soaring Temple of Heaven, the greenery-cloaked Summer Palace to imposing Tiananmen Square, Beijing is a sightseer’s paradise with historic draws aplenty. With designer shopping and buzzing restaurants, this ancient city has a modern side, too, which extends as far as its thriving hotel scene. China’s capital offers big-name, blockbuster stays with private access to the city’s Summer Palace, as well as hole-in-the-wall hideaways with leafy courtyard gardens, all bookable through Culture Trip. 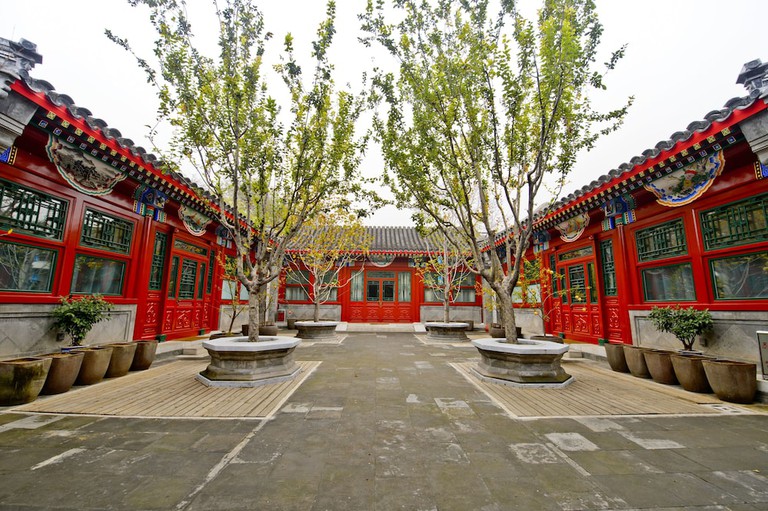 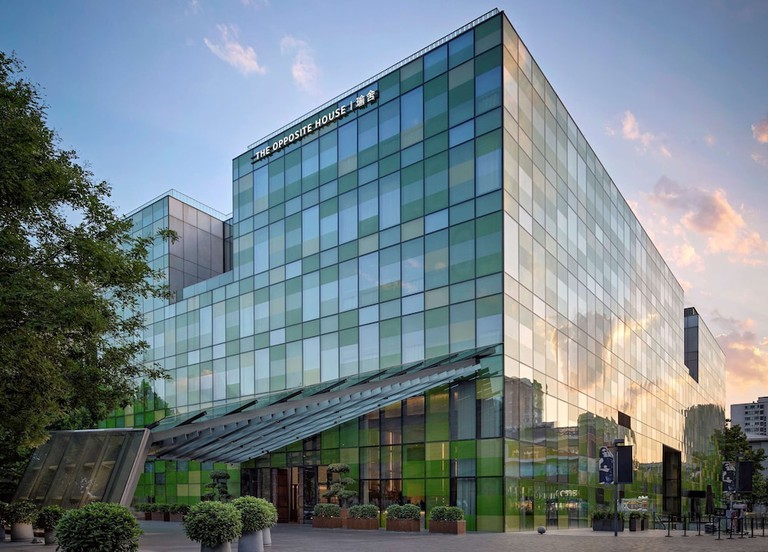 Dining area at The Opposite House, Beijing | Courtesy of The Opposite House / Expedia
View More
Unavailable for the next 3 months
Part of a collective of China’s most stylish hotels, the Kengo Kuma-designed Opposite House doubles as a gallery. The striking emerald-green exterior is a nod to traditional Chinese latticework, while bold art pieces are woven into the lobby and restaurant spaces. Feast on modern Peking duck at Michelin-starred Jing Yaa Tang – or beers and dumplings at Superfly – then retire to serene, light-flooded rooms dressed in white and natural wood. Wake up early for a Sunday morning yoga session by the glassy indoor pool.
More info 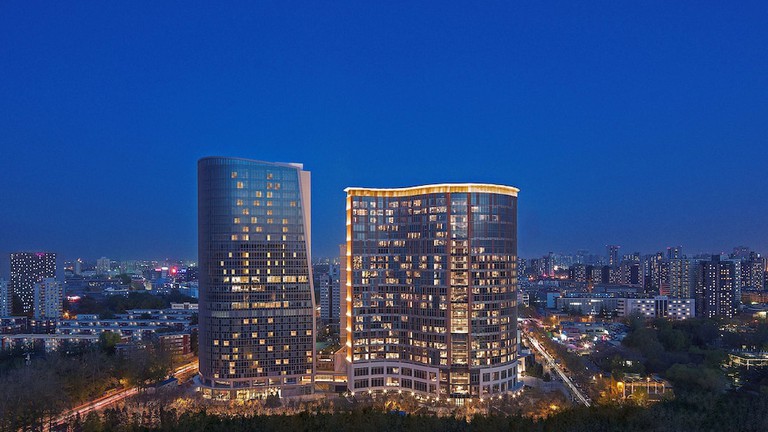 Room at NUO Hotel Beijing | Courtesy of NUO Hotel / Expedia
View More
Price Drop
Now from $178 per night
The 798 Art Zone, a complex of old military buildings reimagined as galleries and creative spaces, is one of Beijing’s most thrilling contemporary sights – and NUO, just to the west, is perfectly situated nearby. Sip cocktails on a terrace while taking in live music, or taste fine teas (sourced directly from Chinese plantations by the hotel) in a swish contemporary dining area. Dark tones with saturated pops of colour dominate both rooms and public spaces alike, lending a sophisticated feel all around.
More info 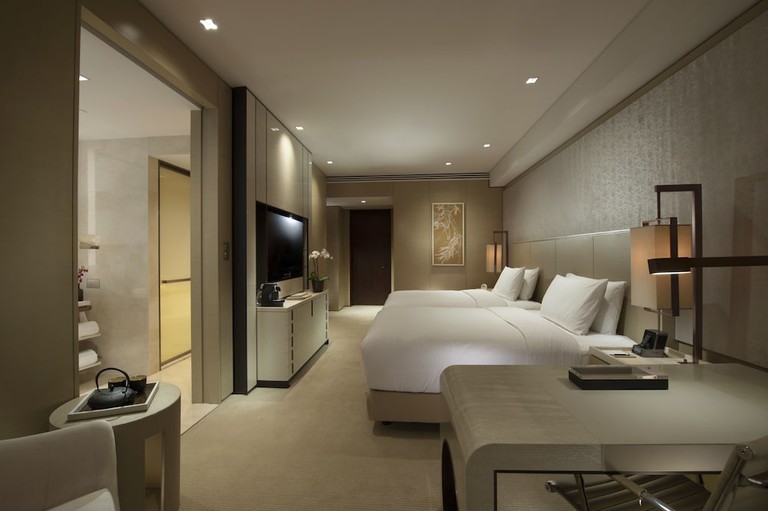 View from room at Conrad Beijing | Courtesy of Conrad Beijing / Expedia
View More
Price Drop
Now from $137 per night
With its lattice-like glass façade, the Conrad dominates the Beijing skyline. The interior is just as notable with centrepiece contemporary chandeliers, dramatic black and red bar space and curved windows giving things a distinctly indulgent feel. That vibe extends to the spa, with its detoxifying soaking baths, body-polishing treatments and stress-busting massages – not to mention the serene indoor pool. Save time on learning about Chinese tea culture by paying a visit to the elegant in-house lounge Lu Yu.
More info 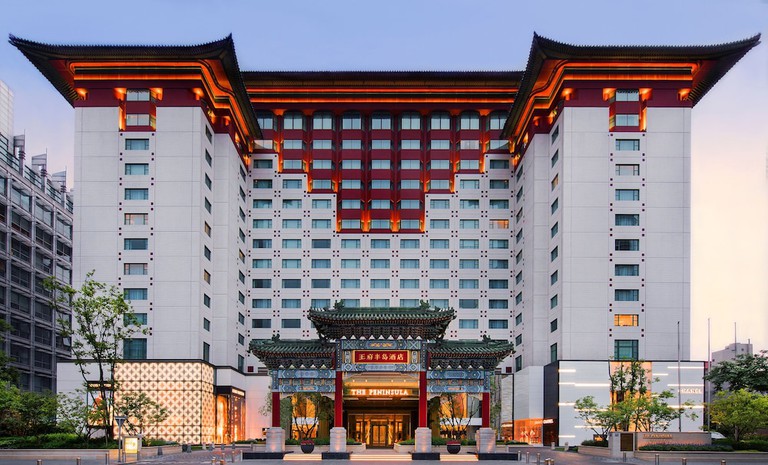 Terrace at The Peninsula Beijing | Courtesy of The Peninsula Beijing / Expedia
View More
Price Drop
Now from $476 per night
Beijing stays don’t get more luxurious than The Peninsula. After a Rolls-Royce collects you at the airport, white-suited bellmen will guide you through an elegant lobby before serving up gourmet afternoon tea. Classically elegant rooms are fitted with discrete tech, from tablet-controlled lights to nail dryers, whilst a shopping arcade boasts the likes of Louis Vuitton and Chanel. Sign up for one of the exclusive expert-led experiences to learn kung fu within the Temple of Heaven walls for an unforgettable experience.
More info 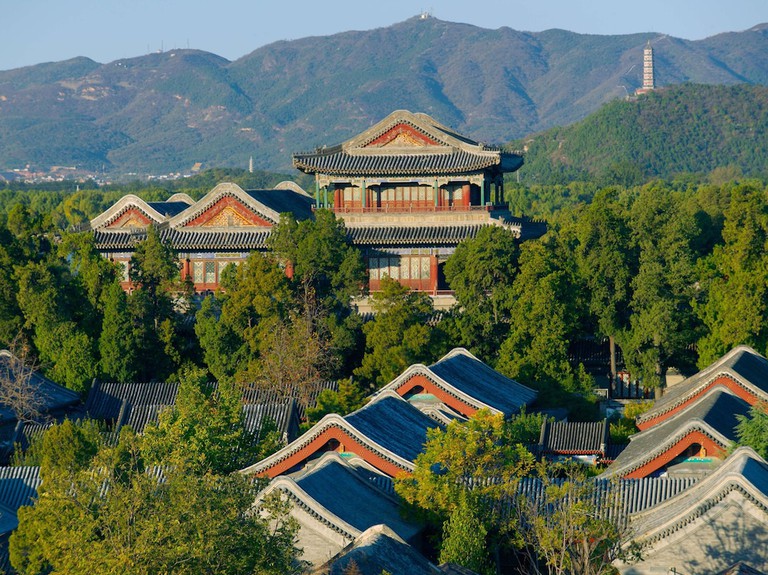 Pool at Aman Summer Palace, Beijing | Courtesy of Aman Summer Palace / Expedia
View More
Unavailable for the next 3 months
What’s better than visiting Beijing’s opulent Summer Palace? Staying (almost) right on its grounds. Set in historic, century-old pavilions with tiled roofs and accents of red and jade, this hotel channels all the historic elegance of the revered monument, with a modern touch thrown in. Contemporary lattice-wood detailing meets crisp whites in bedrooms, while an underground spa boasts Chinese medicine-inspired treatments. Best of all? A private entrance pours you straight onto the Summer Palace grounds so you can explore before the crowds arrive.
More info 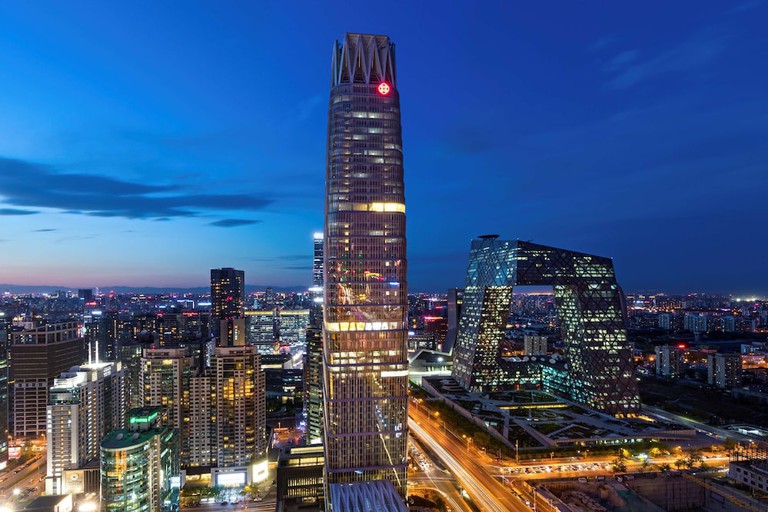 Bedroom at Hotel Jen Beijing by Shangri-La | Courtesy of Hotel Jen Beijing By Shangri-La / Expedia
View More
Price Drop
Now from $170 per night
Cool and casual, this stay in the heart of Beijing’s business centre provides a dose of fun for travellers coming to China’s capital to work. Frosty glasses of craft beer are dished up daily at gastropub Beersmith, while an open kitchen keeps the energy up at Beijing-style restaurant San Wu Tang. Group Zumba classes and pilates are on hand when you want to destress after a big day, while co-working spaces let you tick off tasks and socialise at the same time.
More info 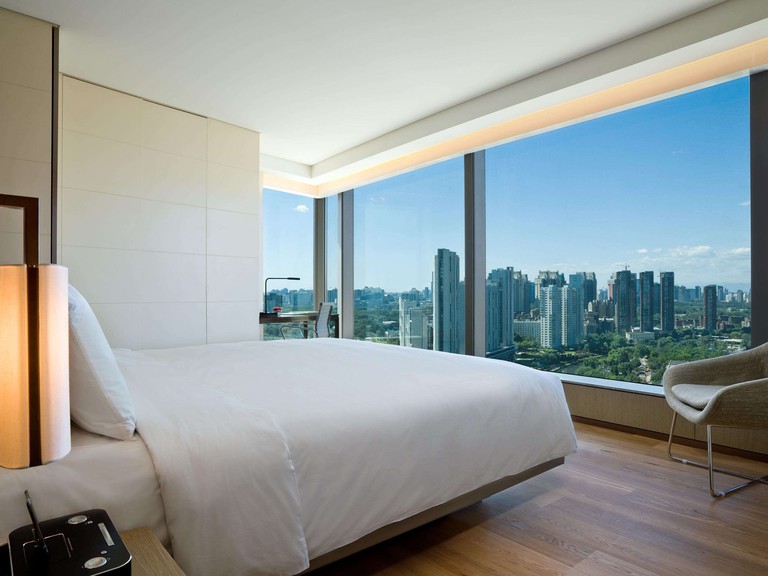 View from one of bedrooms at EAST hotel, Beijing | Courtesy of EAST hotel / Expedia
View More
Note to shopaholics: EAST is handily located at the edge of one of Beijing’s best malls, with multiple floors of designer brands and eating spots. Dressed in art and furniture pieces by young Chinese creatives, the hotel has a real energy about it, too. Expect stand-out sculpture, ink paintings and boundary-pushing photography. Rooms come with big windows overlooking the city – as does the pool area, which is atmospherically lit for moody after-dark swims.
More info 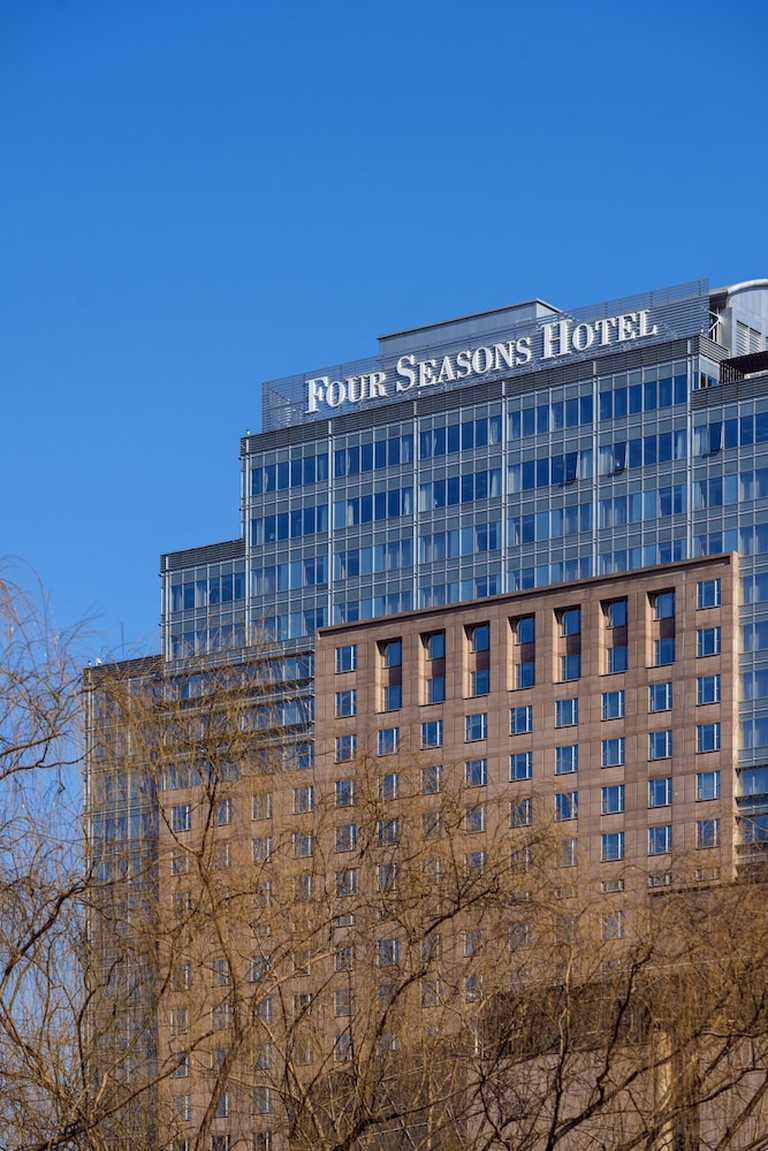 Beijing’s edition of the Four Seasons blends the brand’s world-renowned class and top-notch service with a location in the central Chaoyang district. There’s a lot to love here, not least of all the breadth of dining options, among them an Italian restaurant (Mio), a traditional Chinese place (Cai Yixuan), and even a tranquil tea garden. An excellent spa is perfect to while away an entire day, trying KORE physiotherapy, relaxing with hot-stone therapy, or joining serene yoga classes.

Room at Hotel Cote Cour, Beijing | Courtesy of Room at Hotel Cote Cour / Expedia
View More
Price Drop
Now from $136 per night
Bright green and yellow walls give Hotel Cote Cour Beijing a fun, energising vibe. A 15-minute walk from Wangfujing, one of the city’s main shopping streets, it’s a boutique intimate stay both for couples and small families (one of the rooms sleeps up to three). Despite the small hotel size, there’s still plenty of in-house attractions such as a rooftop bar, a concierge service, laundry facilities, a cafe and covered patios, as well as bathrobes and slippers in all rooms.
More info

Looking for a more low-key stay? Check out the best of Beijing’s budget hotels, now bookable with Culture Trip, and if you need some inspiration before you go, browse our list of the best books to read before visiting Beijing.