The Battle to Be China's Butcher 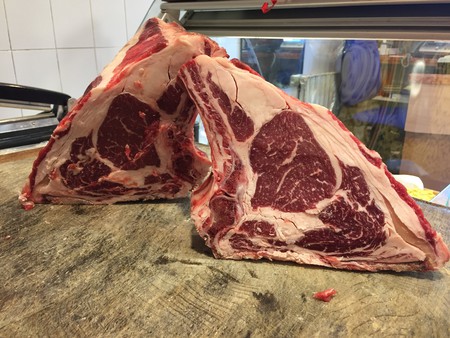 China’s 1.37bn people are rapidly getting a taste for beef, and a host of countries around the world are lining up to supply them. Who will win?

If you’ve ever eaten Chinese hot pot, you’ll know that it’s one of the most interesting and enjoyable ways to enjoy great-tasting beef. Thin slivers of richly marbled beef are gently bathed in a hot, fragrant stock, anointed with a splash of soy and slurped down.

The huge upsurge in China’s middle classes means more and more people in the country are consuming beef, and not just in traditional hot pots. In 2015, Chinese consumers ate an average of 5.4kg of beef per person each year, up from 4.8kg in 2010. Meanwhile, beef is seen as more upmarket than other meats such as pork. Consequently, the battle between various nations to supply the Chinese market is hotting up. Here, then, are the countries looking to be China’s butcher.

Beef producers in the US are hoping to finally get back into the Chinese market after signing a trade deal this month, with the first exports set to happen in July. It’s been a long wait: China banned US beef in 2003, citing concerns about mad cow disease, and only began lifting it for certain products in 2015. With the new deal in place, cowboys and ranchers are hoping to make up lost time.

The Oceanian nations of Australia and New Zealand have long seen China as a key market, as they benefit from geographical proximity. Beef is Australia’s number-one food export, but by no means the only one that’s attractive to Chinese consumers. Australian wine is becoming more popular in China, as people develop a taste for more Western flavours and styles of eating.

Brazil overtook Australia as the leading supplier of beef to China in late 2016, with around a third of its total beef exports going to the country. Indeed beef is its third largest export, after soybeans and iron ore. However, China temporarily halted beef imports for five days in March after an investigation into alleged bribery of meat inspectors and health officials. Uruguay is the second biggest exporter of beef to China, following in its South American neighbour’s footsteps.

And, finally, what about the UK? Well with the ‘unknown known’ that is Brexit, the UK must do all it can to export its products to the world. It goes without saying that the British Isles produce fantastic-quality beef, with Scotch beef having PGI status within the European community – though how that works post-Brexit remains to be seen. Interestingly in late 2016, the Department for Environment, Food and Rural Affairs hosted a trade delegation from China specifically to showcase UK beef.