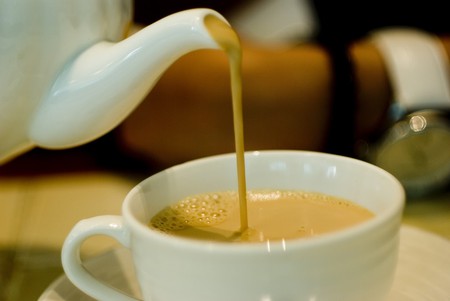 You might have seen milk tea shops in Chinatowns around the world, where there is always a long line of Asian people. But that is just one piece of the whole picture of how popular the blend of tea and milk is among Chinese foodies, which you’ll only really understand when you visit China. Below are some best milk tea chain stores in Beijing, with each having its own specialty. 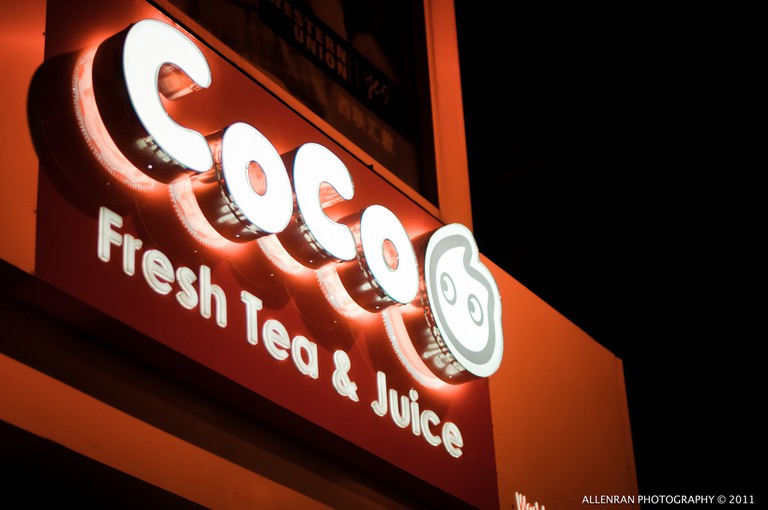 Coco Milk Tea | © allenran 917 / Flickr
The moment you see the cute cartoon face with two big eyes glowing on the lit-up orange board, you know you have arrived at the CoCo Milk Tea store. The Taiwan-based milk tea shop was still new to Chinese mainlanders around 2010, but now it is one of the most popular milk tea shops. The Milk Tea with Pudding, Bubbles & Red Beans, also known as The Milk Tea & Three Brothers in Chinese, is their signature product.
Open In Google Maps
Xiao Guan Xi Hou Jie, Haidian Qu Beijing Shi, China
Give us feedback

As a strong competitor to CoCo, the Shanghai-based milk tea chain shop Happy Lemon is known for its cute logo of a yellow-headed cartoon figure and, of course, its tasty milk tea. You have to try their Salted Cheese Series, in which you can choose from black tea, green tea, milk tea and chocolate, all added with a salted cheese topping. And as with other milk tea shops, you can choose the temperature (hot or cold), the amount of ice and sweetness level (from regular sugar to sugar-free).

Tea Room, Tea
Facebook
Email
Twitter
Pinterest
Copy link
Share
Map View
Despite having a Japanese name, Attakai Kokoro milk tea shop actually originated in Shanghai. The first shop opened in 2014 and has less than 50 stores in China now, but its clean and elegant décor and a variety of milk tea and tea of original flavors, have won over many new regulars. You have to try the Taro Milk Tea with Milk Foam, Oolong Tea with Matcha Milk Foam, White Peach Green Tea… actually, you should try everything on the list.
Open In Google Maps
222号 Xing Min Lu, Tianhe Qu Guangzhou Shi, Guangdong Sheng, 510623, China
Give us feedback

Wandering around in Taiwan’s streets, you can often see the eye-catching yellow glowing board with the white and blue “50嵐” nameplate. That is Fiftea, one of the most popular milk tea shops in Taiwan. It has only three shops in Beijing, but it’s enough for people who want to taste the most original local milk tea in Taiwan. Here, you’ll discover the delicious blend of milk tea and ice cream.

Xian Yu Xian is actually a Taiwanese dessert shop, which features taro rice balls and herbal jellies. Probably few have noticed the milk tea section on its menu, but you’ll regret it if you don’t try their White Gourd milk tea, a blend of fresh milk and the traditional Taiwanese White Gourd tea.

After all these Taiwanese milk tea shops, finally there’s a presentable Hong Kong-style milk tea chain shop opened in Beijing – the HK Mai Chi Ling. Just in case you forget the store originated in Hong Kong the décor will remind you otherwise, be it the glowing neon light nameplates, the small TV set that plays Cantonese shows on a loop, or the repertoire of Hong Kong snacks you can find at the shop as well as the traditional Silk Stocking milk tea and Lover milk tea.

No one knows how Hey Tea went viral overnight but, since then, there have been long lines in front of its first store in Shanghai, meaning the average wait is a few hours before you can buy a maximum of three cups of milk tea that each customer is allowed. It is said that the tea bags Hey Tea uses are strictly selected from the best locations around the globe where each kind of tea is grown, but you can only find out how good it is yourself if you are patient enough to wait for that long just for a cup of milk tea! The first Beijing branch will open soon in Sanlitun shopping centre.

Nightlife, Loud
Give us feedback