The 12 Most Famous Pandas in China 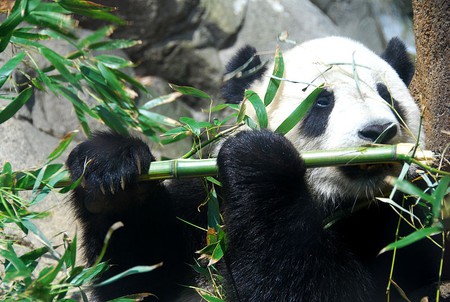 It was recently announced that the Chinese government will be displacing more than 170,000 people in the country’s central Sichuan province to make way for a giant panda park spanning three provinces and 27, 134 square km. In honor of that morally sound decision, Culture Trip would like to honor China’s pandas by highlighting 12 of the most famous, accomplished, and downright cute.

Congratulations to giant panda Basi for turning 37 years old, or over 100 in human years. She is the world’s oldest giant panda in captivity, born in 1980 in Sichuan province. Not only was she the prototype for the mascot Panpan in the 1990 Beijing Asian Games, Culture Trip heard that she also makes a mean spaghetti carbonara. You go Basi!

Mei Sheng may live in Sichuan, China now, but he was born in America’s San Diego Zoo. In fact, his name means “Born in the USA.” Although his birth came roughly 20 years after the Bruce Springsteen hit, it is clear that Mei Sheng provided muse-like inspiration for the classic. 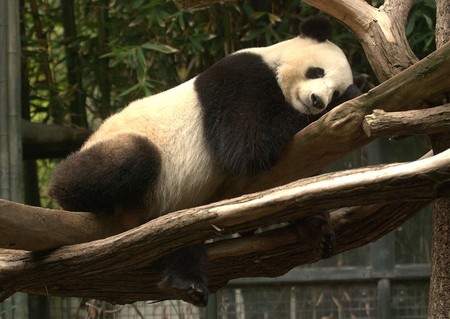 Giant panda Shi Shi was rescued from the wild in Sichuan in 1992. After rehabilitation, he was sent to the San Diego Zoo as the mate for Bai Yun. It was found out that he was older than originally thought, so he was replaced as Bai Yun’s paramore and sent to southern China’s Guangzhou province to live out his final days. With a name meaning “Rock Rock,” Shi Shi was a shoulder to cry on until his death in 2008.

Little Mei Lan was born in the United States at the Atlanta Zoo in 2006. With a name roughly translating to “Beautiful Orchid,” Mei Lan was originally assumed to be female but was correctly identified as male after his repatriation to China in 2010. He was once named “Person of the Year” by Atlanta’s The Sunday Paper, beating out known animal lover Michael Vick and others. 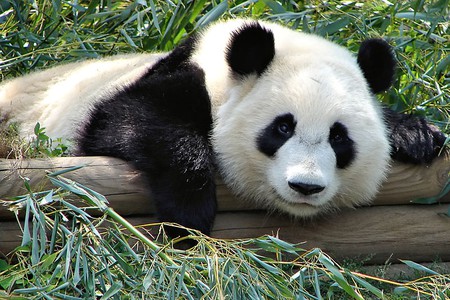 Tao Tao was born in the wild in Gansu province but lived out his days in the Jinan zoo in northeastern Shandong province. He died in 2008 at the ripe old age of 36. He was so popular in his time that the zoo dubbed him the “ambassador of harmonious zoology.” Coincidentally, he also briefly served as China’s ambassador to the island of Guam, whose population is roughly equal that of the number of persons displaced for the panda park.

The first giant panda to be born in captivity and released into the wild, Xiang Xiang underwent a rigorous three year training program to equip him with the skills necessary to survive in the wild. Sadly, he was found dead no more than a year after his release, with the suspected culprit being a fall from a tree. It looks like those indoor climbing classes didn’t pay off. Sad!

Tai Shan was born at the United States’ National Zoo in 2005. He was the star of an Animal Planet documentary titled Baby Panda’s First Year, which followed him on his cute foibles in panda-ing. He left D.C. in 2010 with fellow panda Mei Lan and has been living in captivity in Sichuan province ever since. He has not been the star of any more documentaries during his time in China, but he has taken a keen interest in film making, announcing his desire to pursue the art form as he grows up. 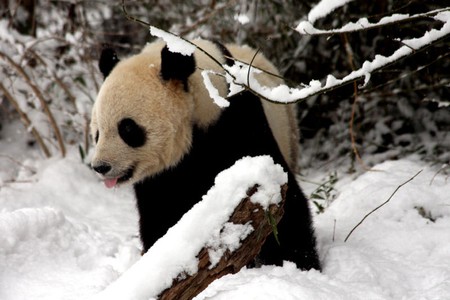 Gu Gu the giant panda was sent to live in the Beijing Zoo after his birth in the Wolong National Nature Reserve. He made international headlines for three separate incidents involving his attack of people who illegally entered his enclosure. Thank Harambe up in heaven that Gu Gu survived each time.

At the time of Pan Pan’s death in late 2016, he was the oldest male giant panda in captivity at the age of 31. While in captivity in Sichuan’s provincial capital of Chengdu, he sired more than a quarter of the world’s captive-bred panda population, gaining him the nickname “Panda Grandpa.” He leaves behind more than 130 descendants and a lifetime’s work of Confucian poetry.

Hua Mei is the first giant panda cub to reach adulthood in the United States. She was born in the San Diego Zoo, where millions watched her grow up via Panda Cam. In 2004, she was relocated to the Wolong Reserve in Sichuan and later moved to Bifengxia Panda Base after the 2008 Sichuan earthquake. Grateful to have survived, Hua Mei donated heavily to the Red Cross earthquake recovery fund.

Female giant panda Su Lin was born in captivity at the San Diego Zoo before her relocation to the Bifengxia Panda Base in Sichuan province in 2010. She moved with her sister Zhen Zhen and quickly gave birth to a male cub. Su Lin is a devoted mother, often reading her son the Peppa Pig books before bed. 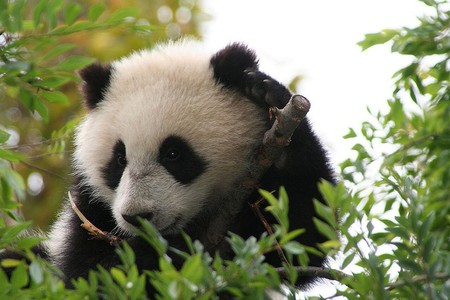 Su Lin’s half sister Zhen Zhen has a similar life story. She was born in San Diego and later transferred to a research base in Sichuan. Her name means “precious,” and who can argue with that?