The 10 Most Influential Figures In Chinese Contemporary Art 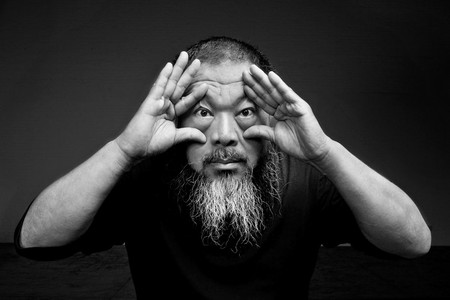 Since the 1980s, Chinese contemporary art has made a huge impact on the international scene, and continues to be one of the art world’s major areas of focus. With countless new museums, galleries, and talents coming to the fore, China is a rising start on the market. We profile ten of the most important figures in Chinese contemporary art.

Johnson Chang (Chang Tsong-zung) is Co-founder of the Asia Art Archive (AAA) and Founder and Director of Hanart TZ Gallery, established in 1983. Chang is also a Professor at the China Academy of Art in Hangzhou. He has been curating exhibitions since the 1980s and, with his gallery, has supported and contributed to the development of Chinese contemporary art and the art scene in Hong Kong. In 1993 he curated China’s New Art Post-1989, a seminal exhibition that opened at the Hong Kong Arts Festival and toured the United States and Europe. In 2010, Chang organised West Heavens, a contemporary art collaboration between China and India. In 2013, Hanart TZ celebrated its 30th anniversary and the achievements of its artists. The anniversary saw the organisation of events across three spaces in Hong Kong, outlining the development of Chinese contemporary art from its beginnings and through the works of some of its most important artists. Chang was in ArtReview’s Power 100 list in 2013 for his contributions to the Chinese contemporary art scene and building bridges between China and India. 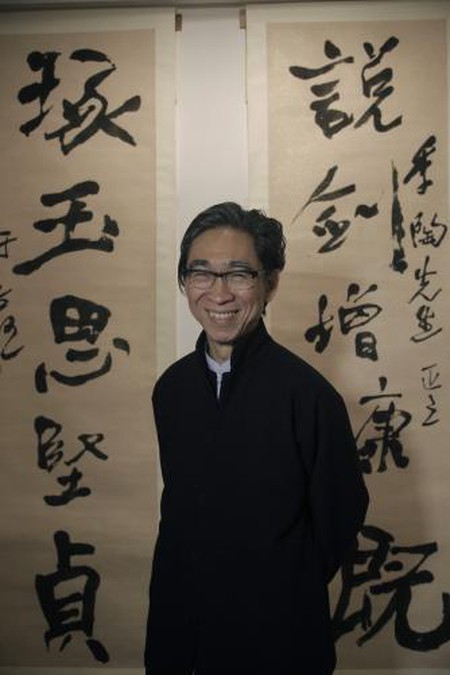 Founder of Pearl Lam Galleries with branches in Shanghai, Hong Kong, and Singapore, Pearl Lam founded the China Art Foundation in 2008 to create a cultural bridge between the West and China. Lam established her gallery in 2005, with the vision of bridging the perceived gap between art and design, East and West. Lam runs frequent exhibitions of Chinese and international emerging, mid-career and established artists and designers, exposing Chinese art to the international scene, and the Chinese scene to the best international artists working today, from Jenny Holzer to Yinka Shonibare, Golnaz Fathi, Entang Wiharso and Gonkar Gyatso. Lam was among the Art Power 100 in L’Officiel Art in 2012 and in 2013 she was among Asia’s most powerful women in Forbes’ “Asia’s Women In The Mix, 2013: The Year’s Top 50 for Achievement In Business.”

Philip Tinari (b. 1979, Philadelphia) has been the Director of Beijing’s Ullens Center for Contemporary Art (UCCA) since 2011. A former Fullbright Fellow at Beijing University, in 2009 Tinari founded LEAP (The International Art Magazine of Contemporary China) and is founding editor of Art Forum’s Chinese-language web edition. He has worked as China’s representative for Art Basel and Sotheby’s, and has been a lecturer in Art Criticism. In 2014, he was curator of Armory Focus: China in New York, a section of the fair dedicated to a presentation of Chinese contemporary art with works by lesser known and younger artists. Tinari was among ArtReview’s Power 100 in 2011.

Hou Hanru (b. 1963, Guangzhou) is an international curator and critic, and a pivotal figure in the international art world for his support and promotion of Chinese contemporary art. Hou spent part of his life in the United States and France before settling in Rome, where he’s been the Artistic Director of MAXXI since December 2013. He has been co-Director of the World Biennale Forum and curator of the 5th Auckland Triennial in 2013. In addition he’s curated numerous seminal exhibitions, from the Shanghai Biennale (2000) to the Gwangju Biennale (2002), the French Pavilion (1999) and the Chinese Pavilion (2007) at the Venice Biennale, among others. His critical writings can be found in publications such as Flash Art International, Art Asia Pacific, Yishu, and Art in America, to name a few. 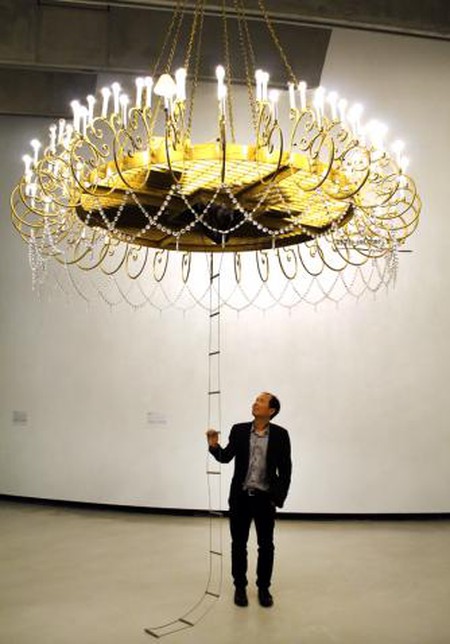 Ai Weiwei (b. 1957, Beijing), perhaps China’s most famed contemporary artist, has been dubbed one of the region’s foremost ‘activist’ and ‘dissident’ figures. One of the pioneers of Chinese contemporary art, he was part of the avant-garde Stars Group in the 1970s, and has since made numerous international headlines for his consistent troubles with government authorities. He was imprisoned in 2011 for 81 days in Beijing for “economic crimes,” and he created S.A.C.R.E.D. for the 2013 Venice Biennale as a documentary artwork about his experience in prison. Through his practice, Ai investigated China’s government corruption and cover-ups, such as in Straight, also at the 2013 Venice Biennale, which explored the collapse of schools during the 2008 Sichuan Earthquake. Ai has also curated exhibitions, including the controversial FUCK OFF (2000, Shanghai) and FUCK OFF II (2013, Groninger Museum). Ai Weiwei has been part of ArtReview’s Power 100 since 2006, and stole the number one spot in 2011. 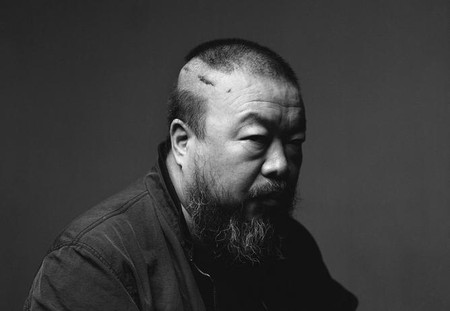 Claire Hsu co-founded Hong Kong’s Asia Art Archive (AAA) with Johnson Chang in 2000, and has since expanded the archive’s function of documentation to include research, exhibition and conversation on the recent history of Asian art. In 2011, she initiated a project of digitalisation of the archive’s materials into a freely accessible format. Hsu is a committee member for the M+ museum in Hong Kong, and she started the archive right after her Master’s Degree at the University of London, as ‘a personal project to solve a personal problem’, due to her frustration at locating reference materials for her dissertation on contemporary Chinese art. AAA includes materials on contemporary art from across Asia, both in a physical library with more than 43,000 books, catalogues and other resources and in the Collection Online, with around 20,000 digitised primary source material freely accessible on the website.. Hsu has been among ArtReview’s Power 100 since 2009 and was in Forbes’ Asia’s Women to Watch in 2013. 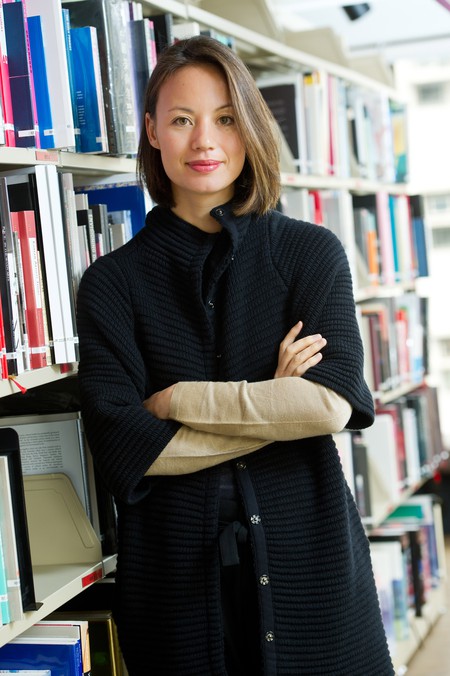 Dr. Uli Sigg (b. 1946) is a Swiss collector, renowned for holding the most extensive collection (1,510 pieces) of art from China from the 1970s onwards. In 1998, he established the Chinese Contemporary Art Award (CCAA) to honor the outstanding achievements of Chinese artists and art critics. The Sigg Collection encompasses Chinese contemporary art from its beginning, including Political Pop, Cynical Realism and the new generations of artists. The works range from painting to sculpture, photography, video and installation and feature names like Fang Lijun, Yue Minjun and Zhang Xiaogang. During his ambassadorship, Sigg invited Swiss curator Harald Szeemann for a visit that culminated in the inclusion of 20 Chinese artists at the 1999 Venice Biennale. In 2005, the Sigg Collection travelled for the first time around the world in an exhibition entitled Mahjong, in institutions like Kunstmuseum in Bern, Berkeley Art Museum in Berkeley, the Peabody Essex Museum. In 2013, Sigg donated his entire collection to Hong Kong’s M+ museum. 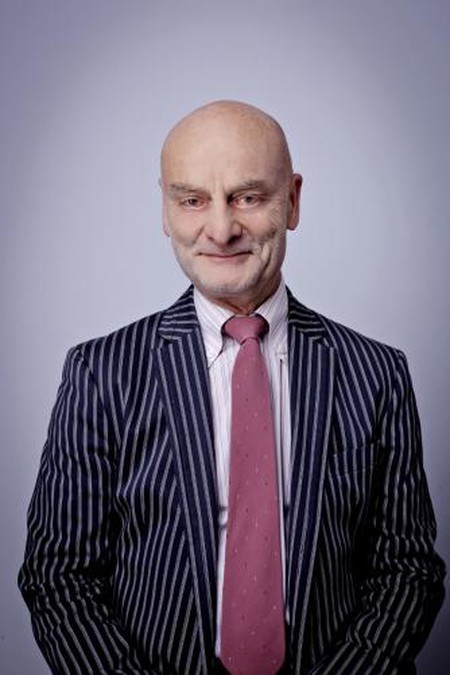 Zeng Fanzhi (b. 1964, Wuhan) is currently the highest-grossing living Chinese artist and Asian contemporary artist on the market – titles previously held by Zhang Xiaogang and Takashi Murakami, respectively. Zeng broke the record in October 2013 during Sotheby’s Hong Kong’s 40th Anniversary Evening Sale with The Last Supper (2001), which sold for USD $23.3 million. The work is based on Leonardo Da Vinci’s painting of the same name, but instead of depicting Jesus and the Apostles, Zeng’s version portrays masked Young Pioneers – a Chinese communist youth group. His Hospital Triptych No. 1 (1992-3) sold at Christie’s Hong Kong in November 2013 for USD $14.7 million, registering as the most expensive work sold at that particular auction. Zeng was among ArtReview’s Power 100 that same year.

Zhang Wei is the co-founder of the multidisciplinary Vitamin Creative Space in Guangzhou, an innovative art space that bridges the non-profit and commercial spheres. Zhang wanted to establish a space that could function as both a non-profit independent and commercial gallery, giving artists the benefits of both. Founded in 2012, Vitamin Creative Space explores this mixed working model, as a way of self-funding independently from government funds and grants. This experimental format allows for contributing to both the development of artistic practices and collaboration with institutions. The space also represents artists of international acclaim, like Olafur Eliasson, Koki Tanaka (represented Japan at the Venice Biennale 2013), Lee Kit (represented Hong Kong at the Venice Biennale 2013), Heman Chong, Cao Fei and Danh Vo (winner of the 2012 Hugo Boss Award).

Dr. Wang Chunchen is Head of the Department of Curatorial Research of CAFA Art Museum at the Central Academy of Fine Arts China in Beijing and Adjunct Curator at the Eli and Edythe Broad Art Museum at the Michigan State University, USA. Dr. Wang is known for his contributions to the contemporary art scene through his works, research and publication, and international curatorial experience. In 2009, he won the Chinese Contemporary Art Award in Art Criticism, which culminated in the writing and publication of his 2011 book, Art Intervenes in Society. In 2013, he was the curator of Transfiguration, the Chinese Pavilion at the Venice Biennale. Dr. Wang has published more than 50 articles in the past five years concerning the various facets of the impact that Chinese contemporary artists are facing in today’s international art world. In addition to his own publications, he has been influential in Chinese contemporary art criticism by playing a major role in the translation of over ten books of art history and theory, including titles by American art critic and philosopher Arthur C. Danto. 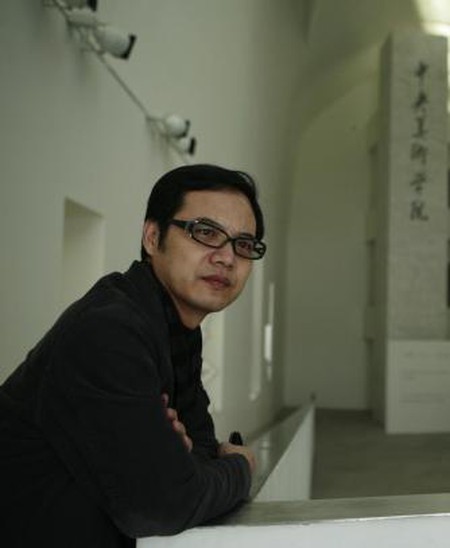