The 10 Greatest Mainland Chinese Films Of All Time

Cinema in China is as old as film itself. The 1930’s marked the first golden age in Shanghai, a second one started soon after the Sino-Japanese War. But it wasn’t till the mid 80’s and the rise of the Fifth Generation of filmmakers that Chinese productions started to gain popularity abroad.

At present, the country is home to one of the world’s biggest film markets and rivals the other powerhouses of Chinese-language cinema (Taiwan and Hong Kong) with works from a prolific and internationally acclaimed Sixth Generation. Here we take a look at the most remarkable and distinctive works to emerge from each period. 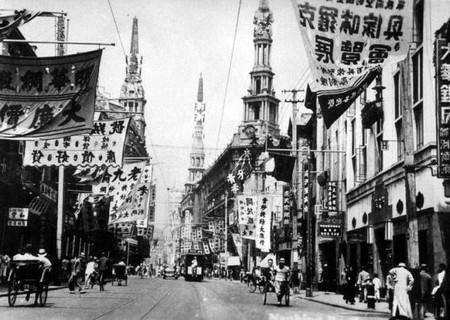 Shifting effortlessly in tone, from that of a musical romantic comedy to a social-realist drama, Yuan Muzhi’s Street Angel marked a new height in the development of Chinese cinema. Starring two of China’s most famous screen talents, Zhao Dan and Zhou Xun, the film takes a humane look at an ensemble of characters including prostitutes, a newspaper vendor and a barber as each of them struggles to carve out a playful and hopeful existence against the adverse social conditions they face. Politically left-leaning, it is one of the best cinematic representations of life in 1930s Shanghai.

Widely considered the highest achievement of Shanghai’s Golden Age of film-making, Spring in a Small Town risked abandon upon its release at the hands of state censors. The film introduces a level of formal experimentation previously unseen in Chinese cinema. What got the film pulled out of theaters after just a handful of screenings, however, is that it was deemed reactionary and bourgeoisie. This is not a story about politicized masses; explicit references to political affairs are only tangential or in the backdrop of a war-torn city. The thorn in the state’s sensibilities and this classic love-triangle melodrama’s greatest achievement is its mature portrayal of emotional realities, interpersonal relations, and the fatalistic spectre of history.

Finished just before the Cultural Revolution and markedly different from much of the propagandist films produced in the previous 17 years, Two Stage Sisters is emotionally complex, well-acted, and replete with graceful camera movements. It follows the relationship of two female opera singers from 1935 – 1950, just after the founding of communist China, as they head towards different paths. The ambitious narrative moves from the countryside to Shanghai, playing out Marxist politics within the structure of a Hollywood melodrama, and masterfully synthesized with elements from classic Chinese opera and Soviet socialist realism.

Yellow Earth premiered at the 1985 Hong Kong International Film Festival. Immediately causing a sensation, this first example of a more modern kind of film-making brought worldwide consideration to mainland China’s Fifth Generation of filmmakers. This debut from Chen Kaige (Palme d’Or winner for Farewell My Concubine in 1993), is set in 1939 Shaanxi province, controlled by the previously warring factions of the Chinese Communist Party and the Kuomintang. Protagonist Gu Qing (Wang Xueqi), a communist soldier, is sent to the province with the task of collecting folk songs from the regions in the hope of lifting local’s morale and winning them over to the red side. Minimally scripted, it is a repository of outstanding compositions and subtle communication of feelings.

Winner of the coveted Golden Bear at the 1988 Berlin International Film Festival, Red Sorghum was the definitive confirmation that China’s Fifth Generation was ushering in a new golden age for Chinese cinema. Delving into national past remains a prevailing theme, this time resting somewhere between a folk parable and a tribute to Chinese peasant culture and their resistance to Japanese invaders in the 30s. Cinematography is arguably less than subtle, with deeply affecting colorful images accompanying the narrative of a peasant girl set to marry a leprous husband. Tones shift slowly from light to dark humor, and then a sudden onset of violent horror marks the radical tonal shift.

Based on Wang Shuo’s 1991 novella Wild Beast, this first feature by Jiang Wen chronicles the rites-of-passage of a group of adolescent boys on a hot summer in mid-70s Beijing. Living in a military school compound, they skip classes, fight rival gangs and spy on girls. It is somewhat startling that this art-house film didn’t receive as much critical attention as its predecessors, particularly since the revisiting of history here is self-consciously postmodern, interspersed with the director’s own voice-over admitting to the romanticism of on-screen events.

Divided in three parts, titled Rust, Remnants and Rails, Wang Bing’s Tie Xi Que: West of the Tracks is hard to sit through in one sitting. This staggering nine hour documentary charts the economic demise of one of China’s most densely populated industrial areas. Following the railway that cuts across the region and listening in on conversations of dispirited laborers and humble families, it becomes apparent that blasting furnaces and steel mills lack the modernization demanded by a changing capitalist economy. By sheer scale and ambition alone, this thorough look at the relations between humanity, economy and industrial landscapes is one of the most radical and remarkable documentary events of recent history.

Liu Jiayin was still a 23 year old film-student when she directed what was considered by many as the most significant Chinese film of recent years. Shot on virtually no budget, Jiayin transforms documentary material into fiction, casting herself and her parents as fictionalised versions of themselves struggling to find ways to keep a leather goods business from going bankrupt. Composed of 23 static long takes shot from a DV camcorder placed within the family’s small apartment, this claustrophobic tale falls nothing short of a reinvention of realism, as well as being a genuinely funny, moving epic on family life and intimacy.

City of Life and Death, also known as Nanjing! Nanjing!, takes on the shocking horrors of the 1937 Nanjing Massacre with black and white stylistic flair. Though masterfully executed and beautifully composed, it is made no easier on audiences to witness the harrowing sequence of events. At times uncompromisingly personal, it reflects the toll of atrocities committed on both victims and perpetrators. Nuanced throughout, perhaps to the point of critique, the film caused some controversy locally for allegedly showing some sympathy with the Japanese army. A scene in which Imperial Japanese soldiers perform a victory march choreographed to drum beats deserves a place among the very best in modern cinema.

No list of Chinese films would be complete without a mention of Jia Zhanke. Indeed it is a somewhat daunting task to select one of the many works by present day China’s most widely appreciated director. From his earlier The Pickpocket (1997) and The Platform (2000), up to Still Life (2006) and the very recent Mountains May Depart (2015), Zhanke’s creativity keeps evolving, almost without miss, making each of these titles deserving of a place on this list. 2013’s A Touch of Sin, surprised even loyal fans with its radical shift from his earlier contemplative works. Awarded for its screenplay at the Cannes film festival, this film stitches together four disparate stories set in contemporary, modern China. Binding them together are blasts of violent anger aimed at, and produced by, a society increasingly obsessed with money and capital.