The Best Vegetarian and Vegan Restaurants in Beijing 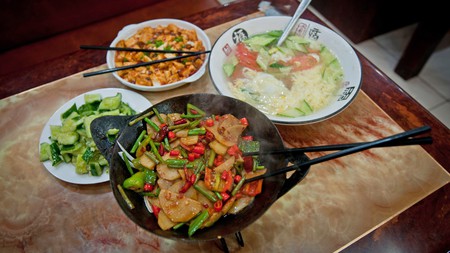 It’s fair to say China hasn’t typically been considered a purveyor of world-famous veggie cuisine. However, the capital city runs roughshod over that reputation these days, with a glut of restaurants that cater to vegetarian and vegan travellers. This is Culture Trip’s line-up of the best meat-free eats in Beijing.

Tianchu Miaoxiang is a well-established vegetarian restaurant in Beijing. Like similar establishments, this veggie locale embeds Buddhist elements into its decoration – a smart move since a large proportion of Chinese vegetarians practice Buddhism. Thus, the restaurant possesses a calming ambience. As for the food, those with varied levels of spice tolerance will find something to suit them here.

Some vegetarians love mock meat, while others prefer fresh veggies as they are. Suhe is a great choice for the latter. Its menu features Sichuan cuisine, but dishes take inspiration from global foods – so long as the recipe retains the ingredients’ authentic flavour. The restaurant has vegetable curry, spicy chongqing noodles, and also provides quinoa vegetable salad for clean-eating enthusiasts. 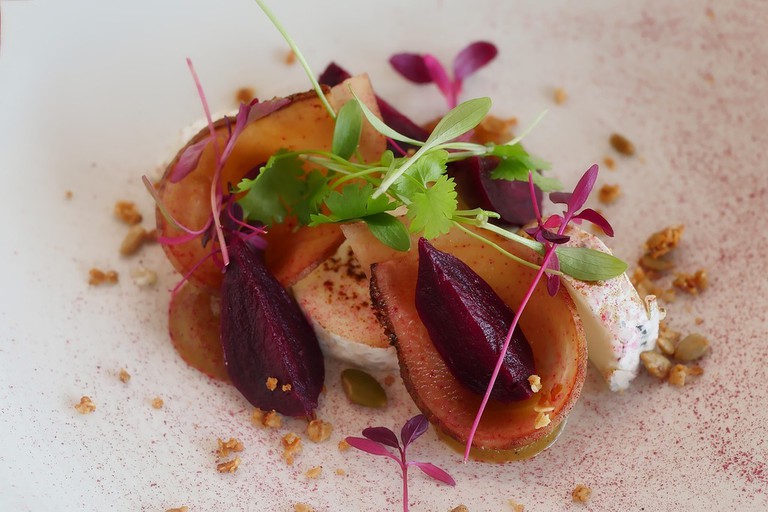 King’s Joy is at the top when it comes to vegan restaurants in Beijing. From its menu packed with vegetable and mock-meat dishes to the atmospheric courtyard space dotted with bamboo plants, everything about King’s Joy is worthy of a trip. For those who frown at the complicated names of Chinese dishes, there’s a seasonal set menu. King’s Joy also offers Chinese afternoon tea.

Blossom Vegetarian is one of the best restaurants in Beijing for serving veggie-friendly versions of signature dishes from around the world. Guests can indulge in a portion of the vegetarian Spanish paella, Mexican cheese and veg tortilla, beef wellington and griddle-cooked bamboo shoots. Besides, it is perhaps the only place in Beijing that provides vegetarian foie gras.

Different from the majority of Beijing’s vegetarian and vegan restaurants, which typically feature a Buddhist theme and Chinese cuisine, The Veggie Table focuses on European and Middle Eastern food, making it a regular haunt for the city’s expats. It also has Beijing’s best hummus and veggie burger. What’s more, the restaurant uses organic ingredients when possible and has become a pick-up point for community-supported agriculture members to collect local organic produce.

Baiyi Shushi is a budget choice for vegetarians in Beijing, but that doesn’t mean flavour or quality is sacrificed. The restaurant is widely known for its signature snacks, such as the sunny-side-up eggs with tofu and the ji xiang shang shang qian, a recipe that looks and tastes exactly like lamb skewers but is actually made from king trumpet mushrooms. The restaurant mostly serves noodle-based dishes in large bowls, so bring an appetite!