Summer Poem: "In the Mountains on a Summer Day" by Li Bai 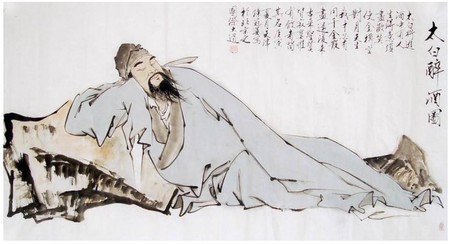 Li Bai’s “In the Mountains on a Summer Day” is part of our summer poetry series, dedicated to making the season of vacation lyrical again. This little piece, written in Tang Dynasty China during the 8th century, is as light and satisfying as the summer breeze, or something, so we obviously couldn’t do without it. Born in 701, Li Bai is—along with his friend Du Fu—widely considered today to be China’s greatest ever poet. A Romantic and adventurer of sorts, he spent most of his life traveling around the country, writing extensively about the Chinese countryside and his wine-drinking habits.

In time, Li Bai’s talents grew to be celebrated even during his lifetime (a feat rare enough among poets to be mentioned), and was, most notably, the emperor’s guest in the early 740s. Nowadays, the poet is as important in China as Shakespeare is in the UK, where just like with the Bard the places he’s lived are tourist destinations, and an entire culture seemingly revolves around his work. 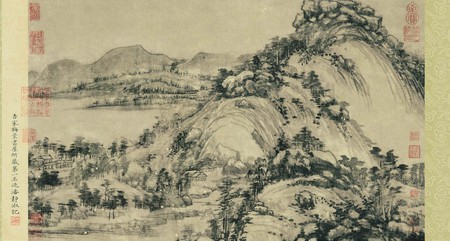 portion of Dwelling in the Fuchun Mountains, by the Yuan Dynasty painter Huang Guangwang (1269 - 1354) | ©WikiCommons

Gently I stir a white feather fan,
With open shirt sitting in a green wood.
I take off my cap and hang it on a jutting stone;
A wind from the pine-trees trickles on my bare head.