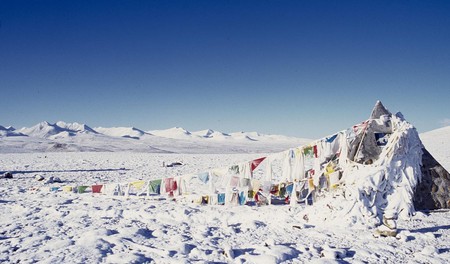 Nicknamed the ‘Roof of the World’, Tibet is revered for its mountainous landscape. The region is notoriously difficult to get to, but those who make the effort will not be disappointed. Here’s a snapshot of Tibet’s most iconic cities and attractions.

Located on the world’s highest plateau, Tibet is a challenge to visit. All tourists must go with an official tour guide and carry a travel permit issued by the Tibetan Tourism Bureau. It is recommended to apply for the permit a minimum of 200 days in advance of your trip. While the permit itself is free, most tourists decide to conduct all bureaucratic procedures through a travel agency, which will charge fees of around RMB2,500 (£290).

Lhasa is the capital of Tibet and the city through which most travellers will arrive. The eastern half has extremely well-preserved Tibetan culture, with locals frequently engaged in the traditional act of kora, a clockwise walk around a sacred site. This is also the location of the Potala Palace, a key centre for Tibetan Buddhism and one of Tibet’s most iconic places. There are also other temples and monasteries to explore in the vicinity. On Barkhor Street, you’ll find plenty of Tibetan handicrafts to pick up as souvenirs. 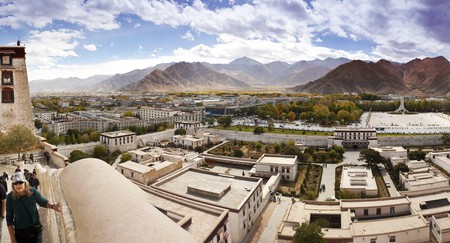 With 50,000 residents, Xigatse (also spelled Shigatse) is Tibet’s second largest city. Tourists who visit in mid-July will be delighted to witness the Linka Festival, which kicks off here. Observed on May 15 of the Tibetan calendar, Linka is a celebration of nature. To celebrate, Tibetans dress in traditional garb and carry barley wine, butter tea and other delicacies to the nearby city of Linka, where they relax and picnic with friends and family. Xigatse iself is quite a walkable city. The Tashilhunpo Monastery, historically the seat of the Panchen Lama, is not far from Xigatse Fortress or the markets in Old Town.

No trip to Tibet is complete without a visit to the North Base Camp of Mt. Everest. While seasoned climbers can rest here before summiting the legendary peak, less daring travellers will be glad to know that the 16,900 foot (5,150 meters) destination is accessible by bus, at least in the summer. You can also explore Rongbuk Monastery. A separate permit from the Chinese government is required to visit the base camp. 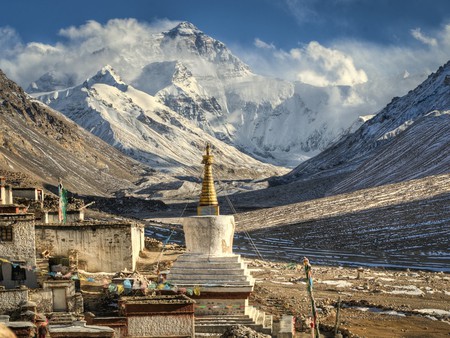 Namtso Lake, the highest saltwater lake in the world, is located in the Nyainqêntanglha mountain range of northwest Tibet. Easily one of the most beautiful destinations in the province, its no surprise that pious men long found meaning in the caves and islands of Namtso and its awe-inspiring sights. 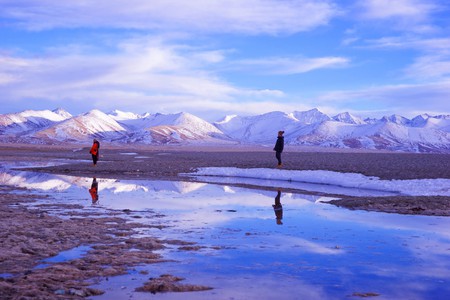 The first Buddhist monastery established in Tibet, Samye has been a working monastery since 779 A.D. The complex, which takes about a half a day to see in its entirety, is constructed in the shape of a mandala, with eight smaller temples representing six continents, the sun and the moon revolving around the central temple. Nearby is Mt. Häburi; it peak offering an astounding view of Samye. 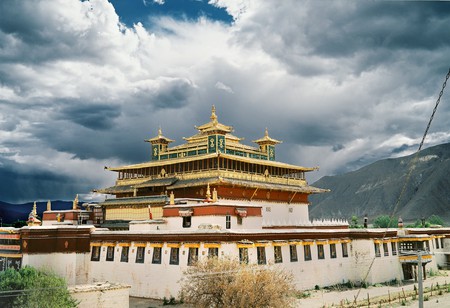 Due to its cold and mountainous climate, Tibetans grow and eat few vegetables and herbs and instead rely on a meat, dairy and barley-based diet. Popular dishes include yak or mutton stew, barley dumplings called momos, thukpa noodle soup and a yak butter tea that takes some getting used to. Unlike most other Chinese provinces, Tibet is not known for its food, and foreigners might not like it right away.