Spotlight on a Chinese Province: Jiangsu 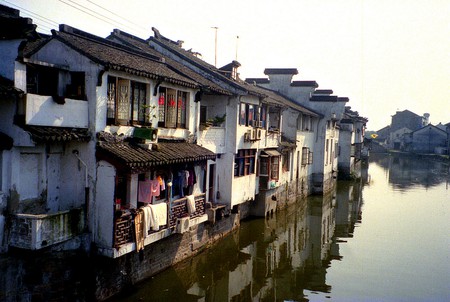 Considered a province of elegance and beauty, Jiangsu is the home of classical gardens, refined craftsmanship and beautiful silks. Style aside, its importance as a capital in both ancient and modern times has bestowed it with a bounty of cultural and historical heritage. Its regional cuisine appeals to those with a sweeter tooth, just like the dishes of its neighbour Shanghai – a good starting point for travels in the region.

What’s it known for? 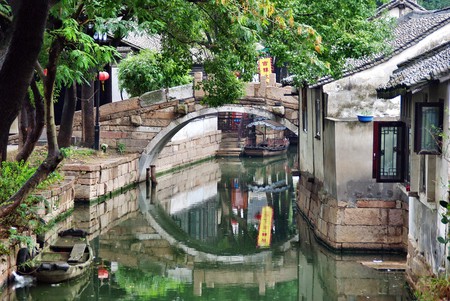 It’s located in a region known as Jiangnan or ‘south of the Yangtze river’ that includes Shanghai. Jiangsu is an eastern coastal province that lies just north of Shanghai, from where it is easily accessible.

Regular flights go to Shanghai’s Pudong or Hongqiao International Airport. Domestic flights are available to cities such as Nanjing and Wuxi. From there, fast-speed trains are the easiest way to get around the province, or you can drive.

Lay your base in one of the bigger cities like Nanjing or Wuxi and take day trips by train. Nanjing to Suzhou takes around an hour and a half on the high-speed rail, with Wuxi in the middle. Suzhou to Shanghai or vice versa also takes under half an hour.

One of Four Great Ancient Capitals of China, Nanjing acted as the imperial seat before the Forbidden City was completed and the capital relocated to Beijing. It boasts an array of historical heritage; some of the Ming dynasty emperors are buried here too (the rest are in the Thirteen Tombs in Beijing). In recent times, Nanjing witnessed a horrific massacre at the hands of Japanese during the Second World War, when it stood as capital. Sun Yat-sen, who founded the Republic of China, is also buried here.

Nanjing is the capital of Jiangsu province; other places of note include Wuxi, Suzhou, Yangzhou and the water canal towns of Tongli and Luzhi.

Nanjing Massacre Memorial Hall commemorates the victims of the Nanjing Massacre, killed by Japanese forces in the winters of 1937. A city besieged, Nanjing was pillaged, its people raped and slaughtered; an important and tragic event in Chinese history that remains highly political. The most brutal acts include the live burial of the city’s residents. You can also visit the horrific ‘pit of ten thousand corpses’ – not one for the faint-hearted.

These gardens are considered the finest in terms of classical Chinese architecture and spacial design. There’s a few in Suzhou, but visiting at least one should be part of your Suzhou itinerary. For those familiar with the grandeur of the Summer Palace in Beijing, these gardens are much smaller and simplistic in style. 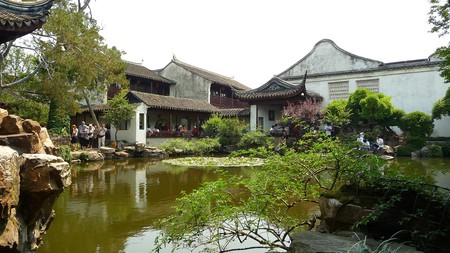 Food in generally is sweeter in Jiangsu, even when it’s ‘savoury’. Wuxi’s braised pork spare ribs are a local delicacy, distinguishable to other rib dishes by a discernible dark red sauce. The Wuxi xiaolongbao is also subtly different to the Shanghai variety.

Suzhou is famous for its pastries. Visit Guanqian Shopping Street and head to Daoxiangcun (the same brand also exists in Beijing, but is now a separate company) for a huge variety of baked goods, including fresh meat mooncakes or xianrou yuebing (鲜肉月饼) during the Moon Cake festival. 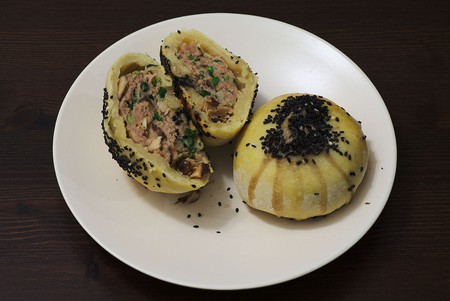 Huishan Xiao niren – small clay dolls from Hui Mountain, these are a traditionally made by hand moulding clay and painting the dried surface by hand. These bright dolls are sold in the Huishan old town, which is now a commercialised area, or central Wuxi at the Nanshan Temple.

Suzhou embroidery on silk – famous throughout China for its fine craftsmanship and found on qipao, the traditional southern silk embroidered one-piece dress (with very long side slits) often worn by the fashionable social elites from Shanghai.