Spotlight on a Chinese Province: Yunnan 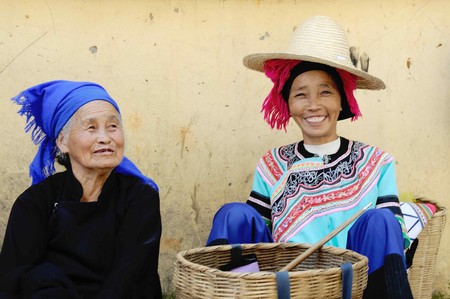 Located in southern China on the borders of Vietnam, Myanmar and Laos, Yunnan is well on the backpackers trail. This diverse province, home to the highest concentration of Chinese ethnic minorities and over sixteen languages, is arguably one of China’s most beautiful and perfectly demonstrates that China is not a homogeneous country. Tourism makes up over 12 percent of the province’s GDP, but due to its size and incredible number of attractive destinations, few spots feel overcrowded at any one time.

Kunming is the capital of and largest city in Yunnan province. Nicknamed the “Spring City” for its mild climate known in Chinese as si ji ru chun, or “spring all year round,” Kunming is more than just the jumping off point for other Yunnan destinations. In 2003, the city was listed among the top ten best summer resort cities and itself has some unmissable attractions, namely Yuantong Temple, Dianchi Lake and Guandu Old Town. 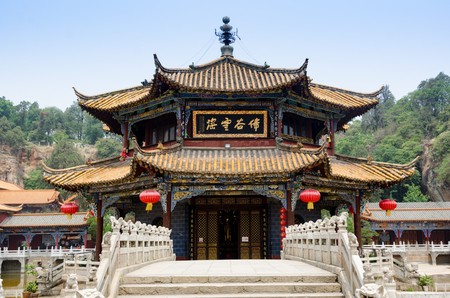 Dali Old Town (not to be confused with Dali City, or Xiaguan) is one of Yunnan’s most popular tourist destinations. Famous for its traditional architecture, natural scenery and nightlife, Dali feels like the most touristy place in Yunnan and can be passed over by those hoping for a trip that doesn’t feel like its being shared with half a million of your closest friends. For those willing to brave the crowds and touts, though, Dali has its fair share of worthwhile offerings, namely Erhai Lake and the Cangshan Mountains. 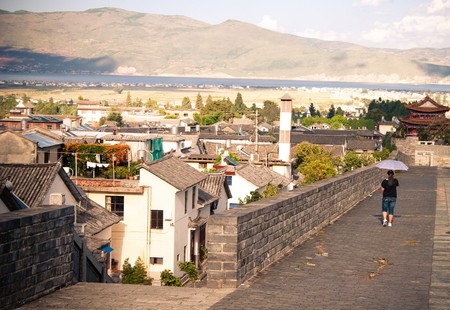 While Lijiang is an ancient town similar to Dali, it feels more peaceful and exclusive than its larger counterpart. Many Chinese people say that if you want to fall in love, go to Lijiang. Perhaps this is because of its attractive locals, or more likely, because the town is so romantic as to make even the most cynical find love among the mountains and limestone travertines. Since its designation as a UNESCO World Heritage Site in 1997, many of the local Nakhi people have moved away from the old town and rented their houses to shops and cafes. However, the town is still a special place and one of the must-see places in Yunnan. 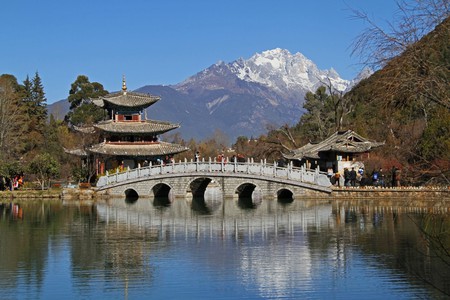 Xishuangbanna is a Dai autonomous prefecture in the extreme south of Yunnan, bordering Myanmar to the southwest and Laos to the southeast. The prefecture seat is a city called Jinghong that bestrides the Mekong River. With a culture vastly different from the dominating Han in much of the rest of China, Xishuangbanna shares more cultural similarities with Thailand and Laos than it does even with Kunming or Dali. Harboring much of the biodiversity of Yunnan, Xishuangbanna is home to rain forests, rare plants and the last few Asian elephants in China. 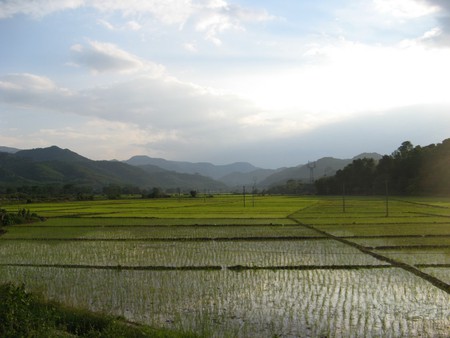 Tiger Leaping Gorge is a dramatic and scenic canyon on the Jinsha River, winding its way between Jade Dragon Snow Mountain and Haba Snow Mountain. Hiking the length of the gorge will require several days and some strenuous trails not recommended for beginners. It is possible to drive the length of the gorge as well, although the hiking trail offers more varied scenery. 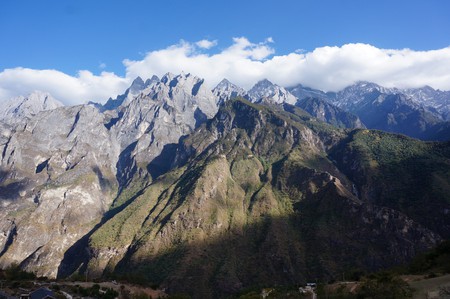 Branded Shangri-La in 2001 after the fictional land in the 1933 novel Lost Horizon, Xamgyi’nyilha County is the seat of the Diqing Tibetan Autonomous Prefecture. Unsurprisingly bordering Tibet, Shangri-La is often used as an entry point into the tough-to-visit autonomous region and is one of the best ways to experience Tibetan culture without obtaining the requisite travel permit to visit Tibet itself. 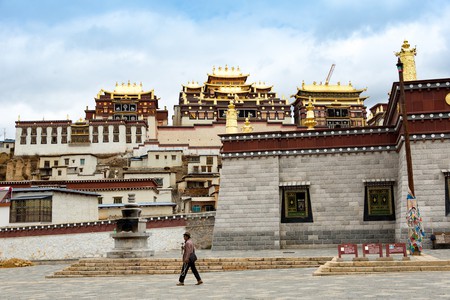 Shilin, or Stone Forest, is located just 90 km from Kunming and offers a look at a karstic landscape unlike any other. The scenic area covers the greater and lesser stone forests, as well as caves, lakes and a waterfall. 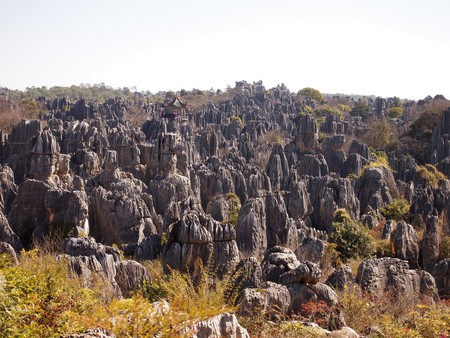 Yunnan cuisine, like the province it comes from, is one of the most unique in China. Taking the best parts from all of the province’s ethnic traditions, Yunnan cuisine uses all parts of nature. It is not uncommon to find locals chomping on insects, flowers, ferns, wild mushrooms or algae, and those who are brave enough to try these culinary delights will find it a wonder that not everyone eats like that. The cuisine is often extremely spicy, although not in the same way that Sichuanese or Hunanese cuisine is spicy. Popular dishes include pineapple rice, mashed potatoes with chives and chilies and goat’s milk cheese. Yunnan is also home to many famous Chinese teas, most notably Pu’er.