Spotlight on a Chinese Province: Shanxi 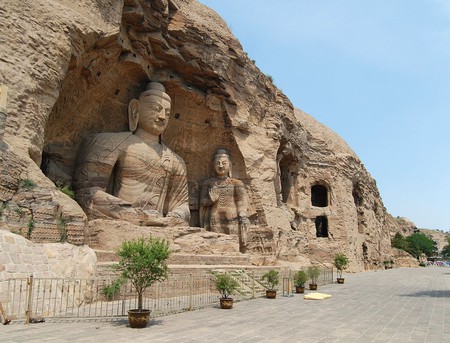 Considered a very ‘northern’ Chinese province due to its hearty food, friendly people and enduring traditions, Shanxi province is steeped in history. One of the better-protected areas during the Cultural Revolution, it is home to an array of spectacular and well-preserved cultural heritage, from imperial era splendours to folk architecture. Its treasures, however, lie as much in its culinary delights as its sights: from flying noodles to the best steamed buns you’ll ever try.

Show me the spelling

So, Shanxi or Shaanxi?! We’re strictly talking about Shanxi (山西), not Shaanxi (陕西).

The difference in pronunciation is in the elongated ‘aan’. Shaanxi is where the Terracotta Army hail from, and where the First Emperor of China first united China. Commit the difference to memory.

In Chinese, shan (山) means mountain and xi (西) means west; Shanxi, therefore, means ‘west of the mountains’. The mountain refers specifically to the Taihang Mountains. There’s also a Shandong (山东) province, which means ‘east of the mountains’. Before you get excited guessing north and south—that’s where it ends.

Tell me the basics

The population of Shanxi is 36 million, the size of Canada, and the province occupies an area more than half the size of UK. Compared to the national average, Shanxi is still a relatively poor region, and in 2017, the province is trying to cut its reliance on coal, aiming to reduce production by 20% this year.

Show me the Buddha (and other important sites)

Pingyao is the best preserved ‘old’ city in China. A little over 50 years ago, however, there were thousands of walled cities just like it, around 2,000 before the Communist Party came to power in 1949. Since then, most of these have been left to decay, or have been torn down—an initiative that began at the orders of Mao Zedong, the country’s then leader.

Today the ancient centre of Pingyao remains an active centre with an intact city wall, and residents still reside in its living quarters, made of old houses and courtyards. The city was supposed to be torn down decades ago for the building of six new roads but was luckily saved by dedicated conservationists who managed to divert such a catastrophe by proposing an alternative road plan, which was accepted. Pingyao hosts an annual Pingyao International Photography Festival (PIP) each September. 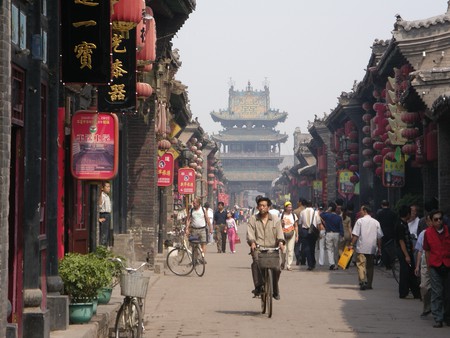 The city of Datong is a well known tourist destination among Chinese travellers, mostly for its awe-inducing Yungang Grottos—a cave complex and shrine to Buddhism, full of colourful and enormous Buddhist sculptures and paintings, crafted when Datong was the illustrious capital of the Northern Wei dynasty from 398 AD to 494 AD.

In recent years, Datong’s developments have been a focal point of controversy, as its former mayor, the ‘visionary’ Geng Yanbo, attempted to rebuild the ancient walled city but first knocked down most of it. The brand new city wall that was built under his reign is rather impressive and stands almost intact. It’s not quite finished since Mayor Geng was abruptly transferred to the city of Taiyuan (see below) before the project were finished. As a result, a huge gap in the wall is still visible on the west side of the city. 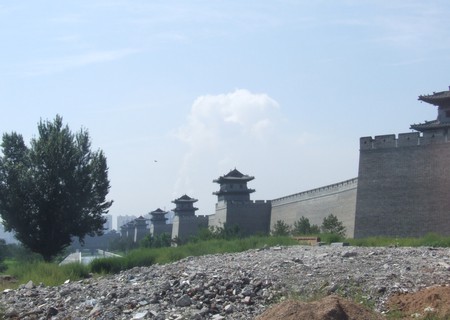 A worthy day trip away from Datong’s centre is to the Hanging Monastery, built on a cliff. 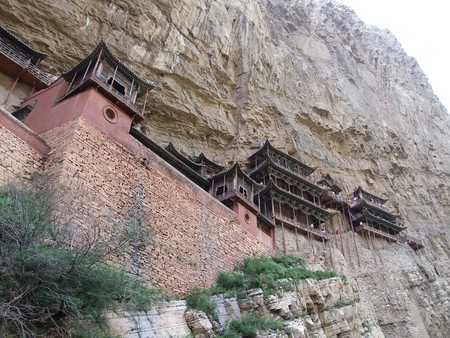 The capital of Shanxi province. It used to be a walled city too, and since Datong’s ex-mayor Geng Yanbo (featured in the documentary The Chinese Mayor) got transferred to Taiyuan in 2012, another spankingly new wall has risen—this time in Taiyuan. Heavy industry is also situated in and around the city, which is an important iron and steel processing centre, and is also where industrial fertilisers are made.

Cave dwellings. Okay, they are not as archaic as they sound. They’re proper residences built into the cliffs of mountains, or many are just extensions built from brick and mortar. 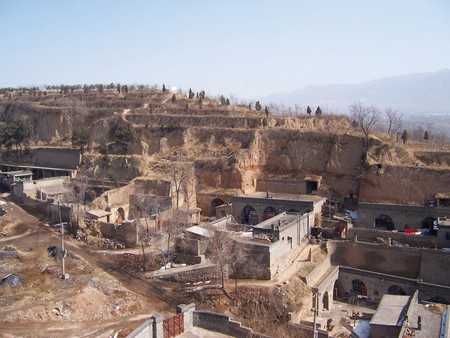 Show me some character

All around Shanxi, you’ll see the word 晋 (Jin) which is the character abbreviation used to refer to all things Shanxi province. The province was home to the State of Jin during a historical period called the Spring and Autumn period.

Show me the money

Best to look inside the pockets of Shanxi’s coal barons, an unfortunate outcome of the coal production boom. The province has vast coal reserves, producing around a quarter of China’s coal, even today, but the industry is facing decline.

Many a ‘Shanxi coal baron’ have made their fortune here, their label a somewhat derogatory reference to digging up Shanxi’s unregulated coal mines, and (as is the case for many) making it out of Shanxi stinking rich. Their children can be found in richer cities like Beijing and Shanghai, or indeed, abroad, graduating to become the stereotype ‘second-generation rich’: entitled kids who drive around in Ferraris and generally have a bad reputation for acting recklessly. 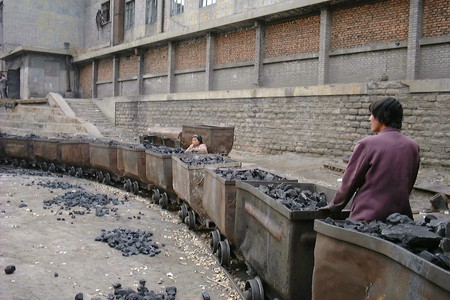 Show me the mian

Here is where you learn about flying noodles, one of the most important edible treasures to come out of Shanxi. Daoxiao mian, literally translated as ‘knife-shaved noodles’, is made by shaving a big mass of dough into noodles. The bits should go flying and fall into the boiling pot if done properly by hand with a rapid motion (as in the video below). Boil for a few minutes and they’re ready to eat with a rich sauce poured over.

The word mian (面) means ‘noodles’ in Chinese, but also ‘flour’, and is broadly used to mean anything made of flour, from bread to noodles to pancakes; it doesn’t matter if the flour is buckwheat, spelt, or refined white. Yes, it’s confusing but easy to tell based on context, if you’re Chinese that is.

Contrary to what people think, Shanxi noodles are much more than just long, thick strings of white dough. In form, there are pulled noodles as well as thumb-flicked, pasta-like noodles, not to mention creations that look nothing like noodles, or indeed anything you’ll ever see, such as kao lao lao (栲栳栳), a sort of honey-cone pasta onto which you pour sauce, as below. 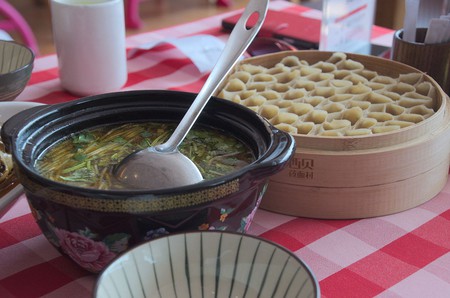 There are not many places that can compete when it comes to how many types of noodles and pasta there are. Most types are rarely made, or even seen, outside of the province, and some are incredibly similar to their Italian counterparts, such as cuo yu’er (搓鱼儿) which looks just like Italian gnocchi (see the Instagram picture below).

Show me the dough…

You may think you know what a Chinese bun, or mantou (馒头), tastes like until you get to Shanxi. The province doesn’t just dish out the standard fluffy white buns you see everywhere; there are varieties made from buckwheat, whole wheat as well as purple rice and millet, among others. The region is also famous for its colourful and elaborate dough-art concoctions, traditionally hand-crafted during special festivals like Chinese New Year, using dough and lots of dried jujube dates and nuts. The cake-like structures are then cooked by steaming in giant pots.

Show me the spelling… again

We’ll finish where we started then: Shanxi and Shaanxi, which is the right one? Chinese people actually never get the two mixed up given that the characters and tones are completely different. That extra ‘a’ in Shaanxi is only there so foreigners don’t get confused.