Spotlight on a Chinese Province: Hunan 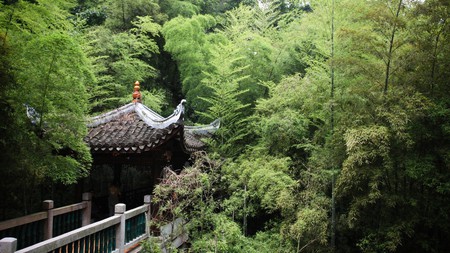 You may know Hunan only for its extremely spicy cuisine, but the province in south-central China has much more to it than just chili peppers. Surrounded on three sides by mountains, and to the north by the Yangtze River, Hunan is teeming with natural beauty. Home to the recently dubbed “Avatar Mountains” and the longest glass-bottom suspension bridge in the world, Hunan exists up in the clouds, but its vibe is down to earth.

Changsha is the capital of Hunan province and the site of Mao Zedong’s conversion to communism, but its significance to history dates long before that. In fact, pottery and bronze ware have confirmed that there was civilization in Changsha as far back as 3,000 BC. Today, it is one of the biggest and most globally important cities located outside of east China. Most of Changsha’s attractions are urban, like the Hunan Provincial Museum, but Orange Isle and Yuelu Park exist as getaway alternatives. 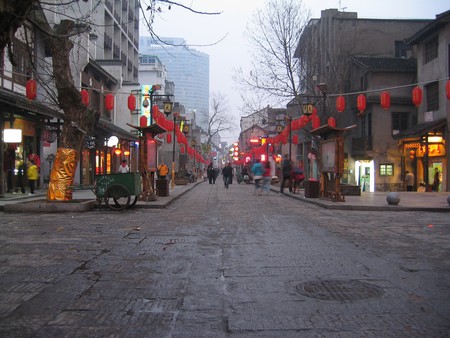 Yueyang is a major city in Hunan, located on the southern shores of Dongting Lake, from which the province gets its name (“hu” means lake and “nan” means south”). Its most famous attraction is the Yueyang Tower, one of Three Great Towers of Jiangnan. It is the only tower in China with a helmet roof structure and has been written about extensively in poetry and song.

Smog and selfies are both big parts of #china #yueyang #yueyangtower

The city where famed communist leader Mao Zedong was born and raised, Shaoshan has become a pilgrimage site for devout communists. Although the former chairman of the Communist Party is long dead, his presence is felt strongly in Shaoshan, namely in his ancestral home, which is open to the public; the Mao museum; Dripping Water Cave, where Mao conducted several political meetings in the 1970s; and the endless Mao memorabilia available ubiquitously.

A Mao statue sits in the backyard of a factory specialising in Mao memorabilia in Shaoshan, Hunan province, China on April 21st 2016. The small village is the hometown of former communist leader Mao Zedong. Millions of Mao devotees from all over the country come to Shaoshan every year. Credit: AFP/Johannes Eisele #redtourism #China #MaoZedong #Mao #Shaoshan

Zhangjiajie, part of the UNESCO World Heritage-designated Wulingyuan Scenic Area, is China’s original national forest park and one of the most famous tourist attractions in the country. The fame of the karst-like landscape is due in part to its striking beauty and in other part to its use as the inspiration for the “Hallelujah Mountains” in the 2009 film Avatar. 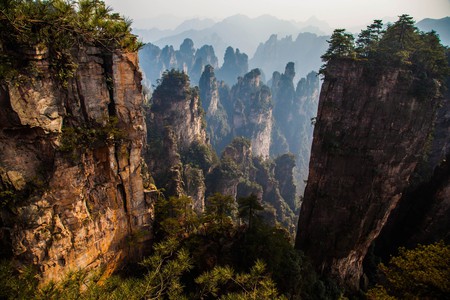 Qianyang is an ancient town located a short bus ride from the city of Huaihua. Remarkably, the city’s architecture has been well preserved and has stayed true to its original form, and even more remarkably, the city has not yet been tourist-ified, making it a favorite experience of anyone lucky enough to stumble across its borders.

Dehang is a Miao ethnic minority village in Hunan, popular among tourists for its unspoiled beauty. There are plenty of hiking opportunities, so strap on your shoes and explore the stunning rice paddies and waterfalls. The natural landscape is certainly the biggest draw of Dehang, but don’t miss out on seeing the Aizhai suspension bridge while you’re there. The bridge offers a stark contrast against the natural background and provides unbeatable views of everything around it.

Shiniuzhai is a national park made up primarily of Danxia landform, a geologic structure made up of red-colored sandstone. It is also the site of the Haohan Bridge, the longest glass-bottomed suspension bridge in the world.

Hunan cuisine is one of the Eight Culinary Traditions of China and is characterized by the extensive use of chili peppers, shallots and garlic. Unlike neighboring Sichuan, Hunan uses smoked and cured dishes and is known for dry heat, as opposed to Sichuanese cuisine’s numbing heat. Popular dishes include jiachang doufu, or home-style tofu; nongjia xiao chaorou, or shredded pork with vegetables; and the delightfully sticky-sweet nangua bing, or pumpkin cake.