Spotlight on a Chinese Province: Guangdong 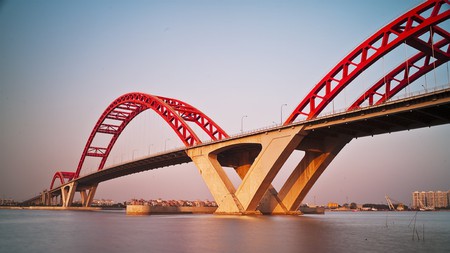 Bridge over the Pearl River | © wallace_Lan/Flickr

Guangdong, once romanized as Canton, is located in southern China, just above the South China Sea. With well over one hundred million residents, it is China’s most populous province and an economic powerhouse. In fact, the province’s GDP is comparable to that of the entire country of Mexico. Unlike most other provinces in China, Guangdong is not Mandarin-speaking, but rather Cantonese. Of course, millions of migrants and standardized national education have ensured that most people you meet in Guangdong can also communicate in Mandarin.

Guangzhou is the capital and most populous city in Guangdong. Despite being the largest city in China by metropolitan area, Guangzhou is surprisingly laid-back. Zao cha culture, literally meaning “morning tea” but referring more to dim sum, ensures that everyone slows down once in a while, and the Pearl River meandering its way through the city creates a focal point for leisure activities. Guangzhou has continued to be a center of trade since it fell to the British during the First Opium War. More recently, the city’s business opportunities have attracted migrants from developing nations, particularly parts of Africa and the Middle East. Of course, as the province continues to grow in prosperity, low-level trading is dying out, and the international culture with it. Experience this unique clash of cultures before it dies out by walking around Xiaobei district and stopping for lunch at one of the many African restaurants nearby.

While you’re in the city, also make sure to check out Shamian Island, a verdant former British and French concession with plenty of leftover colonial architecture; Baiyuan Mountain, from whose peak willing daredevils can bungee jump with a fantastic view of the city; and Xiguan, the western reaches of the old town. 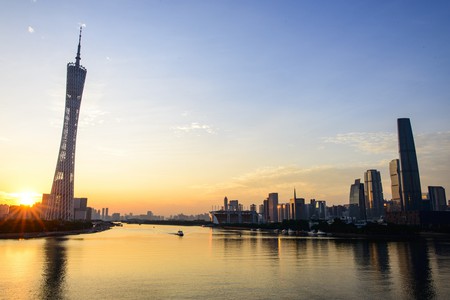 Shenzhen is another mega-city in southern Guangdong. Once a small market town, Shenzhen was targeted for growth in 1979 and was designated China’s first Special Economic Zone in 1980. The city is known for being masterfully planned and greener than most cities of comparable size. Much of the large expat community lives in Shekou district, where some say they never run into locals, either for good or for bad.

While the city is home to several beaches, it is far too built-up to be considered a beach town. Still, beachcombers can enjoy Dameisha and Xiaomeisha beaches in Yantian and Xichong Beach on the Dapeng Peninsula. There are also innumerable parks and museums. 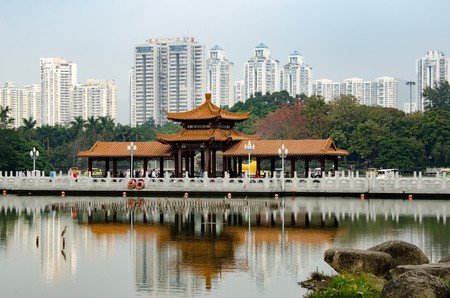 Not on the same level in terms of size and importance as Guangzhou or Shenzhen, Dongguan is still a major city in Guangdong due to its many factories that attract migrant workers from rural China. It can be considered the electronics capital of China, with Samsung and Nokia both operating out of the city. For an eye-opening look into migrant life, read the heartbreaking nonfiction book Factory Girls, set in Dongguan. 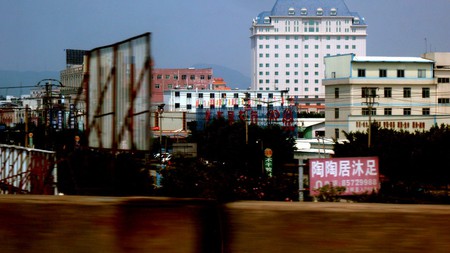 Zhuhai is a city and Special Economic Zone located at the outflow of the Pearl River into the South China Sea. It has a long, beautiful coastline and 146 islands, most of which are accessible by ferry for diving, fishing, and swimming getaways.

Don’t think that Guangdong is nothing but skyscrapers and trade. It also has miles and miles of rural farmland, the most picturesque of which is located near the small city of Yingde. The city isn’t known for much, but its local black tea is famous worldwide. You can visit the tea plantations where the leaves are harvested and play tea-picker for a day. When you’re done with that, take a bamboo cruise on an offshoot of the Beijiang River, past the ancestral home of the Peng clan. Pengjiaci, as it is known, is made up of crumbling old houses built up the side of a hill, where members of the family still reside to this day. The top of the hill offers splendid views of the countryside below, as seen in the following picture. 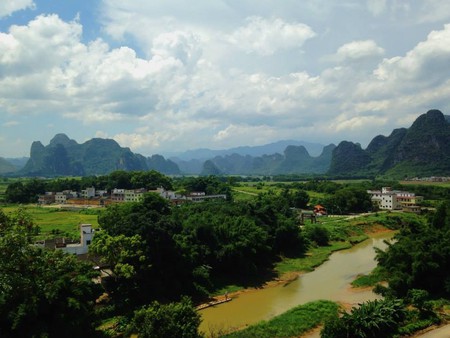 Located in the northern part of Guangdong, Mount Danxia is known for, well, looking like a giant sandstone penis. The mountain range doesn’t get its fill of human anatomy with just that, though. There is also a rock opening that resembles a vulva, overhanging stones which resemble breasts and a rock meant to look like a sleeping maiden. The rock formations all belong to the unusual Danxia landform category, which produces steep red cliffs and multicolored pseudo-karsts. 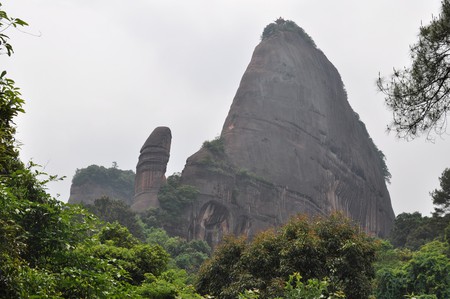 Guangdong cuisine, more commonly referred to as Cantonese cuisine, is one of the Eight Culinary Traditions of China and a favorite among foreigners. The cooking style is the basis of American Chinese food, due to the overwhelming number of emigrants from the region to the States and elsewhere. Guangdong people are famous across China for “eating everything but the table,” so don’t be surprised by unusual ingredients like chicken feet, duck tongue, and snake. More approachable and familiar Cantonese dishes include fried rice, sweet and sour pork, and chow mein.