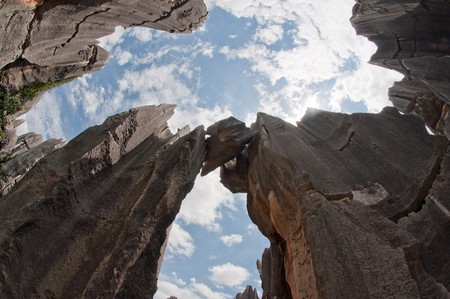 The provincial capital of Yunnan province, Kunming is a great starting point for day trippers. Whether you head east, or west, north or south, there’s something in every direction to suit every taste – from natural beauty, to cultural relics, to historical old towns – you don’t have to go far to get a taste of Yunnan.

The Stone Forest, Shilin, is roughly an hour and a half east of Kunming. This natural formation of limestone rises up out of the ground in jagged peaks. This area was once covered with water, and the Stone Forest was formed as limestone accumulated at the bottom of this sea. Legend has it that Ashima, a beautiful Yi maiden, was born in the Stone Forest. In a tale of star-crossed love, Ashima and the man she’d chosen were forbidden from marrying, and Ashima turned to stone in the Stone Forest from where she came. The Stone Forest is hands down one of the most unique and captivating natural scenic spots in all of Yunnan. Busses to the Stone Forest depart regularly from the Kunming East Bus Station. 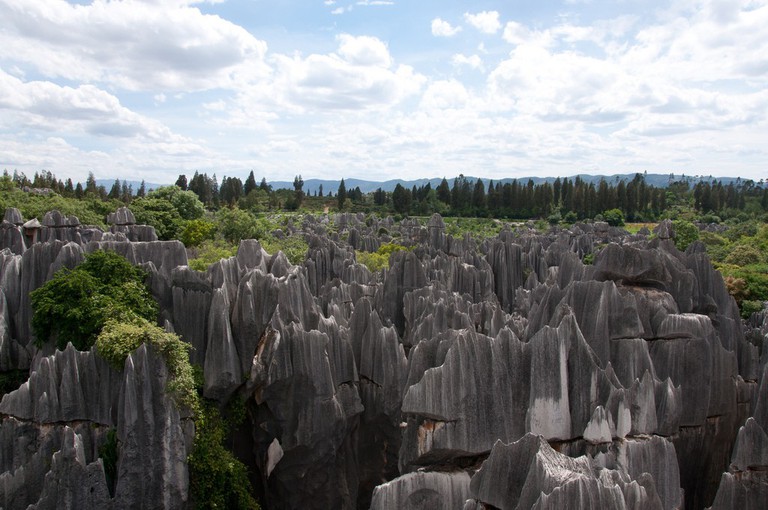 A popular pit stop on the way to Dali, Chuxiong, 2 hours from Kunming, is a city worth visiting in its own right. Home to a large population of Yi minority people, Chuxiong has one of the largest Yi Torch Festival celebrations in Yunnan province. Yiren Old Town and Heijing Old Town are located very near to Chuxiong, and strolling their streets can be a nice way to pass a sunny afternoon. Busses to Chuxiong depart from the West Bus Station, and trains to Dali also make a stop in Chuxiong, although in this case train travel may add time to the journey. 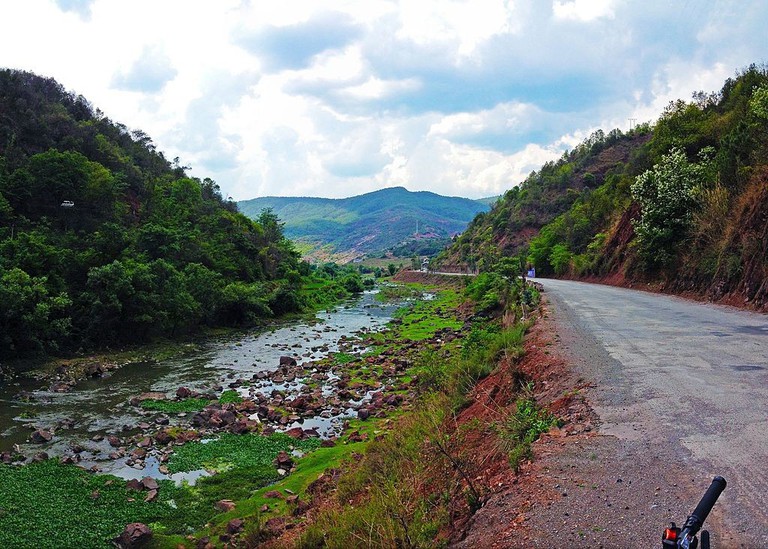 Before you reach Chuxiong you’ll pass through Lufeng, about an hour away from Kunming. Lufeng is a sleepy but picturesque hamlet that happens to be home to a large cache of dinosaur fossils. The Dinosaur Valley park, which has an impressive collection of assembled fossils, is a good choice for families with children. There are several small bars that occasionally host live local acts in Lufeng, and plenty of authentic Yunnanese restaurants. As you approach Lufeng, watch the roadside scenery carefully. Local houses have been decorated with colorful painted dinosaurs on their outside walls, a charming reminder that you are now entering the territory of the “terrible dragon,” as dinosaurs are known in Chinese. Busses to Lufeng leave from the West Bus Station regularly. 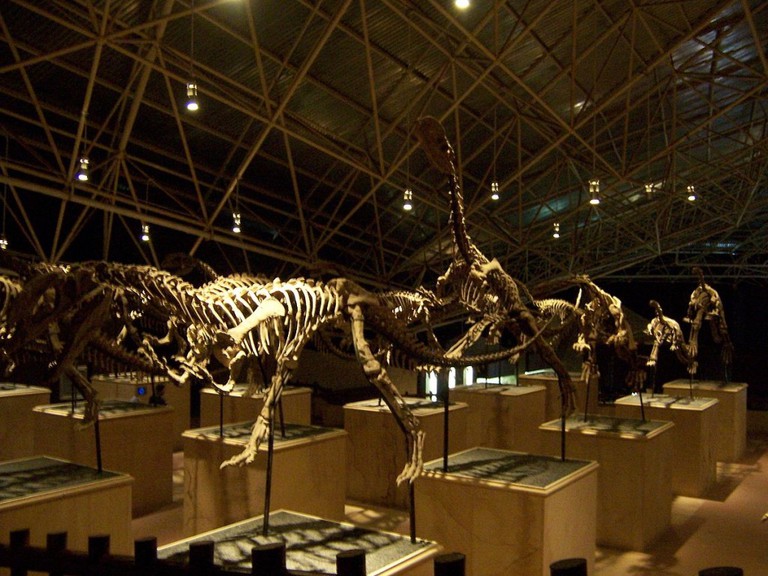 Jiuxiang is a scenic area in Yiliang county, a bit over an hour east from Kunming. While there are a multitude of beautiful caves and rock formations scattered throughout the Jiuxiang scenic park, the nearby town of Yiliang is mostly unremarkable except for its famous roast duck, making Jiuxiang perfect for a there and back before dinner type day trip from Kunming. Busses to Jiuxiang depart from the East Bus Station and the ticket to the Jiuxiang scenic park costs between 90-120rmb (the more expensive price includes a chairlift ticket). 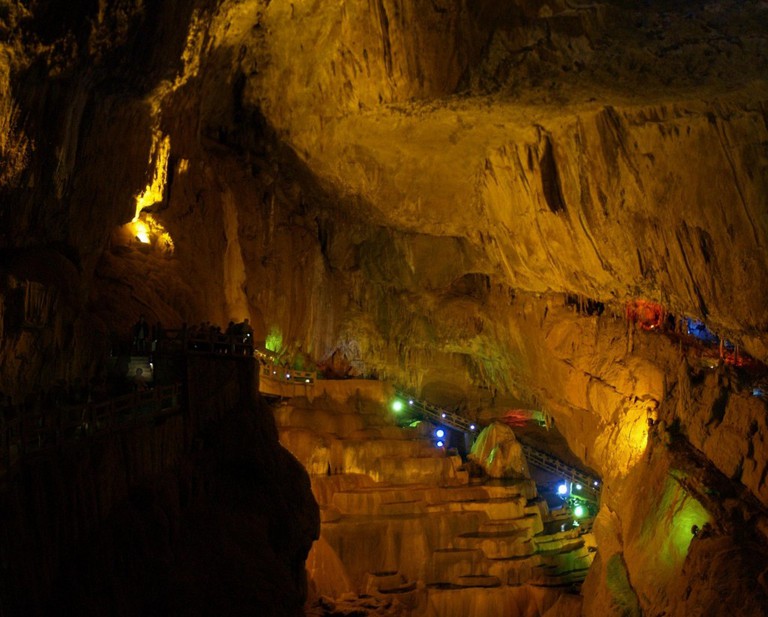 When Kunming residents want to go to “the beach,” they go to Chengjiang, in Yuxi County. While Kunming itself sadly has no ocean access, there are many large lakes, such as Fuxian Lake, with the town of Chengjiang on the banks, which can still give water-lovers their fill of sandy beaches and outdoor swimming. There are many hotels in Chengjiang if you’d like to stay a night, but the lakeside beach town is close enough to Kunming to make it a day trip too. Chengjiang has been host to music festivals featuring local up and coming acts. Busses to Chengjiang depart from the East Bus Station. 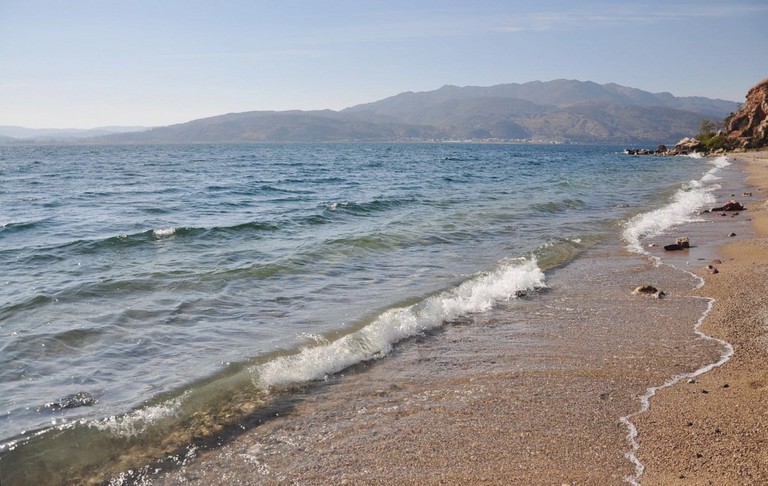 Tonghai is a lovely little town situated on the banks of Qilu Lake. Tonghai is a very diverse town: once an outpost of the armies of the Mongol empire, many Mongols stayed in Tonghai even after the empire fell, and Xingmeng township in Tonghai county remains home to one of the largest populations of Mongols in Southwest China. While their Mongol blood has been somewhat diluted over the years, these people maintain their cultural heritage and traditions and proudly proclaim their Mongolian ancestry. In addition there are many Muslim Hui people (and one of the largest mosques in Yunnan), as well as populations of Yi, Hani (Akha) and Dai living along the banks of Qilu Lake. Built in the Han dynasty, Xiushan Park is Tonghai’s biggest attraction, a representation of the enduring history of Tonghai. Busses to Tonghai depart from the South Bus station, and there is also train from Kunming Station that takes about two hours. 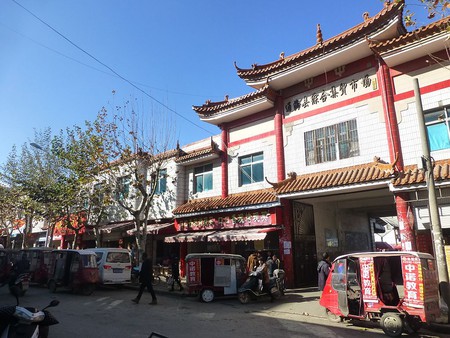