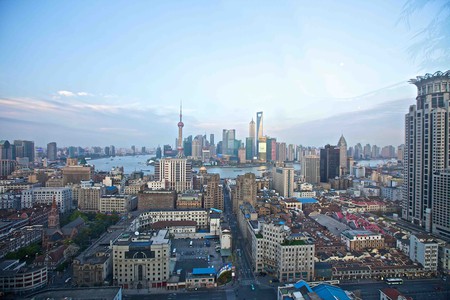 If you’ve been to China you may have already noticed that mobile phone use in the middle kingdom is through the roof. Whether you’re walking down the street, in the subway or (unfortunately) observing people driving their cars, there’s a high likelihood they’re staring at their smartphone. In fact, China has more smartphone users than the United States, Brazil, and Indonesia combined, partly because there is so much that you can do with a smartphone in China.

Created by Tencent, the developer of QQ (which ruled China’s social internet landscape in the 2000s), WeChat is ubiquitous. Originally a chat app nearly identical to Line, WeChat has blossomed into a full-blown ecosystem of apps for communication, digital payment, and much more. Everyone you know in China is on WeChat. You can purchase movie tickets or call a car to pick you up (which piggybacks on the Uber-like “Didi Chuxing” app).

One of the most important functions for WeChat is the “Wallet” feature, which requires linking a bank account and verifying your identity. Once you’ve completed this step you can use WeChat to pay for almost anything you can imagine, from bananas at a fruit stand to food delivery services like Baidu Delivery, to anything you can think of on China’s Amazon-equivalent JingDong. 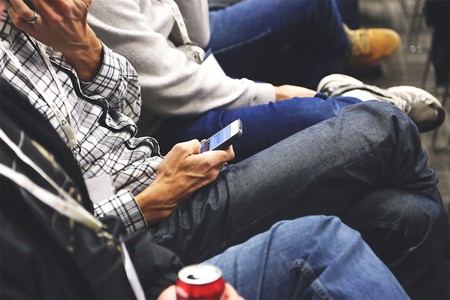 Developed by the “Google of China”, Baidu is the industry-leading map provider in China, and is functionally equivalent to Google Maps. As you may have heard, Google services (like Search, Gmail and others) don’t work very well in China – they are blocked. Baidu maps can provide road, walking and transit directions for virtually everywhere you may find yourself in China, whether you’re in Shanghai or a third-tier Sichuanese city like Mianyang. The app is in Chinese but if you input an address in pinyin, that will yield your destination in a drop down field, and from there you only need to understand the characters for car, walk, or bicycle.

This app is one of a handful of air quality information apps. It doesn’t matter much one which you choose to use, but having one is essential if you are in any major Chinese city. Here’s how they work: the Chinese government (and the U.S. government, in cities with a U.S. Embassy or Consulate) collect and report data on the air quality across China. These apps collect and report that data, informing you on what steps you should take to protect your lungs from the air pollution which hangs over nearly all of China’s major cities.

If you have an Apple Watch, you can configure some of these apps to show the AQI (Air Quality Index) on the face of your watch. If this isn’t an option for you, you can also configure apps like Airpocalypse to show the AQI on your home screen in the form of a notification. Some apps will send you a push notification when the air quality dips below a pre-determined amount.

There are many Chinese translator apps available on both iPhone and Android, but this is the oldest and best one. With a development history that goes back more than a decade (pre-dating the iPhone itself), Pleco has grown to offer a staggering feature set which offers something for every Chinese learner, regardless of your skill level. Of course you can look up any word in Chinese or in English (even via hand writing Chinese, if you choose), but it also includes advanced functionality like an OCR (optical character) reader which uses your phone’s camera to perform live, real-time translation of words that you point your phone at. This is incredibly helpful when looking at something like a menu, with Chinese characters that you cannot recognize. As a bonus, you can easily save any words you don’t recognize to customized word lists and then review them later with SRS (Spaced Repetition Software) algorithm as flash cards. Pleco is the best.

One of the hottest trends in China in 2017 is dockless bike sharing. This works in a similar fashion to traditional bike sharing programs which have existed in major cities worldwide for decades, but the difference here is that bikes are controlled through an app-based GPS system and are parked at random locations throughout cities. In each major city across China there are thousands of these bikes parked on streets and sidewalks.

The most popular of these services is called Mobike, and recently the company has set it’s sights on the United States as it expands its dockless bike sharing program outside of China. To use Mobike you will register, verify your identity, add a payment method, and then you are ready to start using bikes. Using the app you will be able to see a map of bicycles nearby, and then you scan a QR code to rent and unlock the bike. Prices are around 1 RMB for 30 minutes (dirt cheap). A great way to get around major cities in China.

This recommendation is more for residents of China rather than visitors, because it requires a fixed location (usually your apartment). In Mandarin, the word for delivery is “Wai Mai (外卖)” and this particular app service is run by Baidu although there are similar competitors. Here’s how it works: open the app to browse nearby restaurants, order what you like and pay with the app (using WeChat wallet, your online Chinese bank, or optionally with cash upon delivery) and your order will be dispatched to your location. Baidu Waimai is particularly useful if you’re located in a major city, but it will work all across China as Baidu has made it easy for individual (registered) restaurants and local businesses to get onto their platform. In second-tier cities like Wuhan, Chongqing or Chengdu, for example, it’s easy to find a wide selection of options on this platform, including a selection of non-Chinese food. Tipping is not customary in China, although that is an option here, as the app promotes individual delivery people with profiles that show how many deliveries they’ve made. Standard delivery fee is around 7 RMB, which is about $1 USD –cheap!

Where to get these apps

All of the apps mentioned above are available on the iTunes App Store or on Android. If you’re in China, you will need to access Google Play with a VPN, otherwise there are many other Android app stores which are China-focused. Once you start down the path of seeking apps to help make your life in China easier, you will quickly realize how essential these can be. And then you might start to believe that all of the Chinese people looking at their phones aren’t that crazy after all.