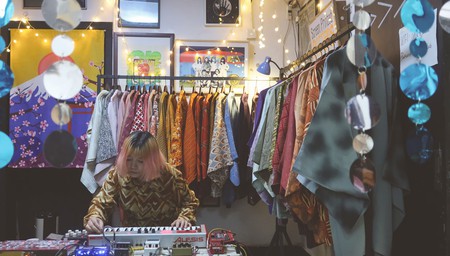 As Shanghai’s nightlife venues are forced to close due to COVID-19, Culture Trip meets the city DJs who are finding new ways to reach at-home listeners and dancers by live-streaming sets. 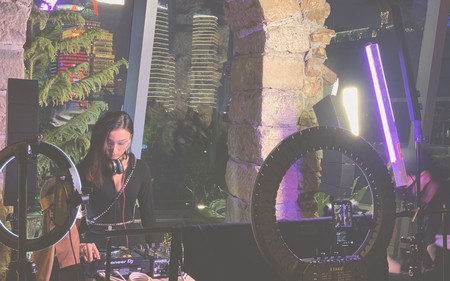 Sangria in hand, you lower your head and let your hair sway to the beat of the dancefloor. A few hours and several drinks later, you find yourself at a table with friends in a raucous all-hours hot-pot joint. Later, you’re in some smoke-infused basement bar. At the crack of dawn, eager to soak up the remaining alcohol in your system, you’re drawn to the fragrant aroma of a neighbourhood eatery, like a moth to a flame. There, you wolf down a much-needed bowl of greasy fried noodles.

This is what a typical weekend night-out looks like for most young people in Shanghai – or at least what it used to look like. 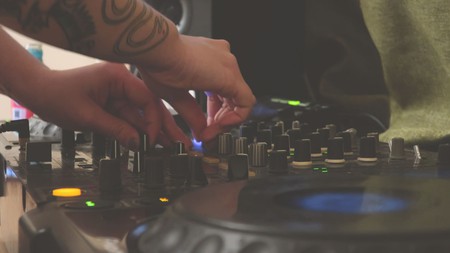 In recent years, China’s live-streaming and short-video apps have given local musicians the platform to reach audiences domestically and globally. Douyin (known internationally as TikTok) has a live-stream function. NetEase Music, a Chinese Spotify-like streaming service, is an alternative for playing sessions through subscription-based radio channels; while some prefer Bilibili, which is reputed for its news ticker-like live comment feature known as ‘bullet curtain’. 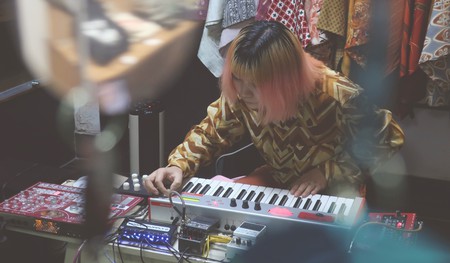 Seasoned DJs who have collaborated with radio networks such as the Shanghai Community Radio (SHCR) and NTS Radio are no strangers to streaming sessions in the absence of a crowd. Others, like Sophia Wang (aka Super Sophia), have had to confront the challenges imposed by a new online experience. 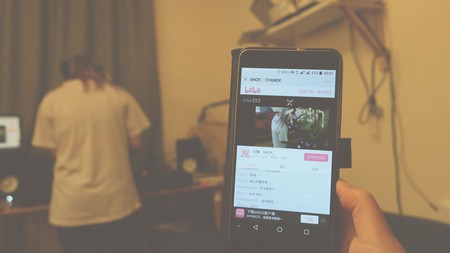 I arrive at Wang’s Uptown Record Store on a drizzly night in early March. The underground record shop in the city’s Changning district is hidden beneath what looks like a ’90s residential high-rise. Vinyls, vintage keyboards and fashion pieces are among the list of trendy items sold here. Between tinsel curtains and kimono jackets, Wang has the stereo set placed for the night. I alone am her live audience – behind a surgical mask and a camera – while some 1,500 listeners tune in on Bilibili. 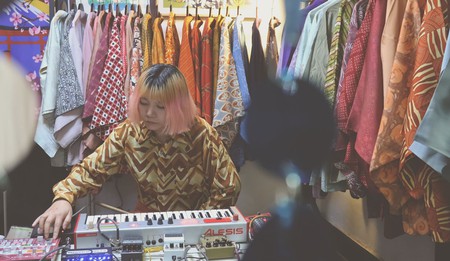 “Since live-music venues have closed, the online community has grown bigger,” the 34-year-old says as a Japanese techno riff echoes against twinkling fairy lights. “In some cases, record companies organise bands to live-stream rehearsal sessions for as long as half a day.” 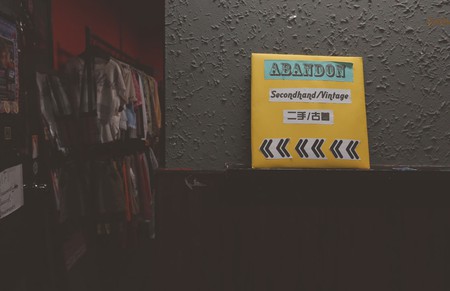 A short distance away, I head to a nondescript 10-storey apartment block, where Jirui Lin is setting up her live-stream set in her bedroom. We observe ‘social distancing’ etiquettes as we meet. 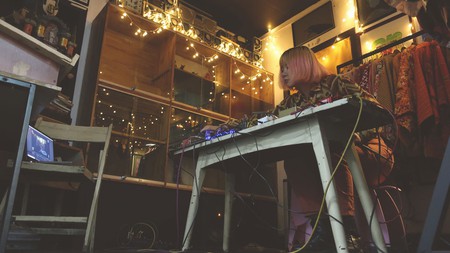 For Sophia, playing to a web camera was something to get used to | | © Mandy Tie / Culture Trip

A frequent DJ at local nightclubs and online on the SHCR, Lin is perhaps most at ease with live streaming. “I can’t see people dancing and grooving,” she says. “On the other hand, streaming gave me a larger audience than at any live shows.” 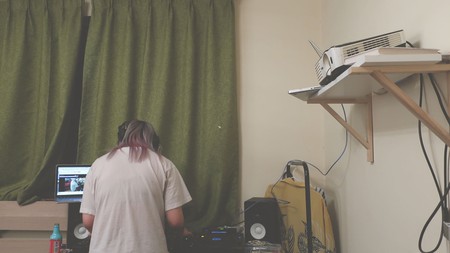 The online soundscape does seem more inclusive and tolerant from the outset. As Tier-1 cities, Shanghai, Beijing and Shenzhen are at the forefront of China’s nightlife culture, but technology has meant young people in less economically-developed parts of China can tune in virtually.

Yu Xiao, who goes by the name Xiao La Ba (‘Little Trumpet’), reflects on the power of online streaming to break down geographical barriers. “Technology has blurred boundaries between first-tier cities and less privileged places, where nightclubs and sound systems are not as readily accessible,” he says over Chinese messaging app WeChat. 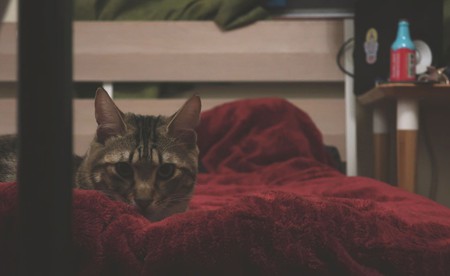 The coronavirus outbreak has amplified this urge to bridge cultures and deliver hope. Last month, Xiao streamed an hour-long session on NTS Radio titled ‘A Better Tomorrow or Not’. The tracklist fused everything from audio excerpts from Mao Zedong’s speeches and early Chinese rock ’n’ roll hits from the mid- to late-’80s, to the finale of Claude-Michel Schönberg’s 1980 musical Les Misérables and Mandarin pop anthem, ‘明天會更好’ (‘Tomorrow Will Be Better’). 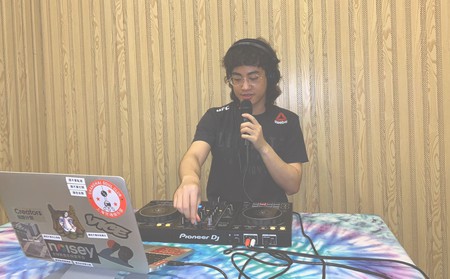 “Many people are asking themselves, ‘will tomorrow be a better day?’ That’s what I wanted to address in the tracklist,” says Xiao | | © Yu Xiao / Culture Trip

The last song, composed in 1985 by Taiwanese artist LoTa-yu (羅大佑), was written to support famine relief in Ethiopia. Echoing famed charity singles ‘We Are the World’ in the US and ‘Do They Know It’s Christmas?’ in the UK and Ireland, the song united more than 60 Taiwanese artists to generate public awareness and raise funds. 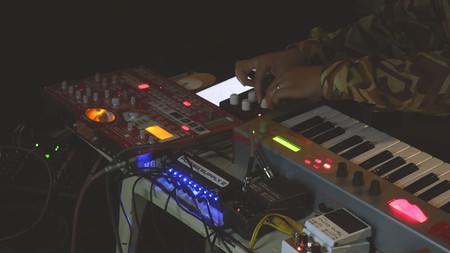 Since the late ’70s, Taiwanese pop music has Trojan-horsed into mainland China despite censorship restrictions. The mainstream market was permeated by this genre, while other influences also became purchasable on CD and cassette tape.

Lin, who grew up in the Teochew region of southeastern China, remembers rebelling against this trend as a teenager. “Most people around me were listening to [Taiwanese popstar] Jay Chou,” the 28-year-old says. “But I was drawn to R&B, heavy metal and punk rock.” 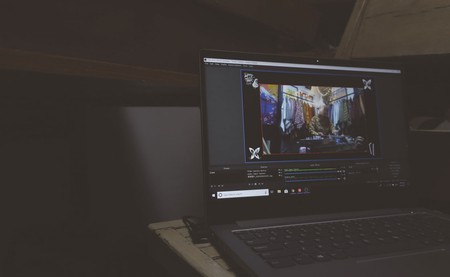 With explicit content comes censorship, but that doesn’t fully explain why some DJ channels have been taken offline by regulators. This is the most immediate shortcoming of online streaming. While acknowledging the pros and cons of migrating online, there is one thing DJs have so far agreed on – how precious it is to be working, performing and dancing with people in close proximity. 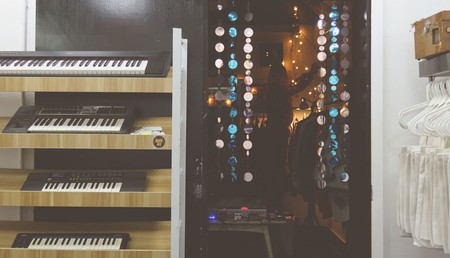 A member of two local bands, Sophia reflects on the impact COVID-19 has had on the work process. “I hang out with band members on WeChat, and we exchange ideas for songs and arrangements there.” But can this replace the ebb and flow of a creative experience offline? “We have to record demos before our meetings, and there are delays in each other’s responses. It’s not as efficient as being in the same room together.” 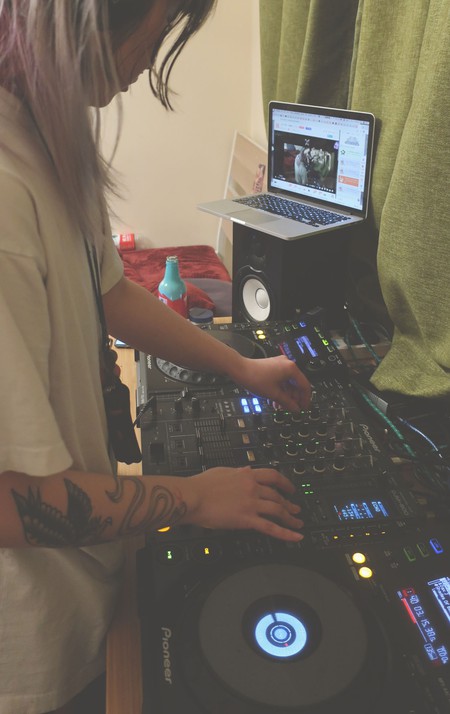 Apart from navigating the soundscape, DJs also keep an eye on rolling comments on the screen to interact with listeners… not an easy feat | | © Mandy Tie / Culture Trip

Today, to be able to take part in any live events – be that a performance, a sports game or a workshop – is a privilege. Personal and public health, as well as time and place, all align and intertwine for an immersive and interactive experience to unfold.

“Technology has allowed us to stay in touch with our communities,” says Xiao. “But a live audience – their every facial expression and body movement, all signal whether you are lifting their mood or not. I still believe there is nothing better than walking into a nightclub, meeting people, and being part of a live atmosphere.”