Self-Driving Buses Are Now Being Mass-Produced in China 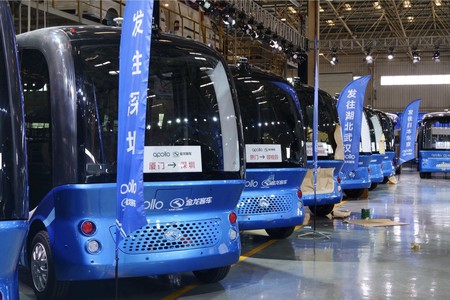 Automated transport has been on the verge of a breakthrough for many years, but now one of China’s largest tech companies is mass-producing self-driving buses.

Baidu has announced it will ramp up production of its Apolong buses after building its 100th vehicle. The company has said it will put the buses into commercial operation in several Chinese cities, including Beijing, Shenzhen, Xiongan, Wuhan, and Pingtan, and has targeted overseas markets.

According to a separate statement, Baidu has already reached an agreement to use the buses in Japan. The Japanese company SoftBank will start using 10 Apolong buses for tests in the country by early 2019.

The buses, which are manufactured in Baidu’s factory in the south-eastern Fujian province, will feature an updated version of the tech giant’s Apollo self-driving platform. The vehicles will be “level-4 autonomy,” which is one level from the most autonomous being designed currently.

The Apolong bus can seat up to 14 people and has no driver’s seat, steering wheel, or pedals. It can reach speeds of up to 43 miles per hour and can travel up to 62 miles. The buses are electric powered and Baidu expects them to be used for “last-mile” journeys, where larger public transport or personal vehicles have got passengers up to an enclosed area such as an airport or tourist destination, and the buses shuttle them around the final part of their journey. 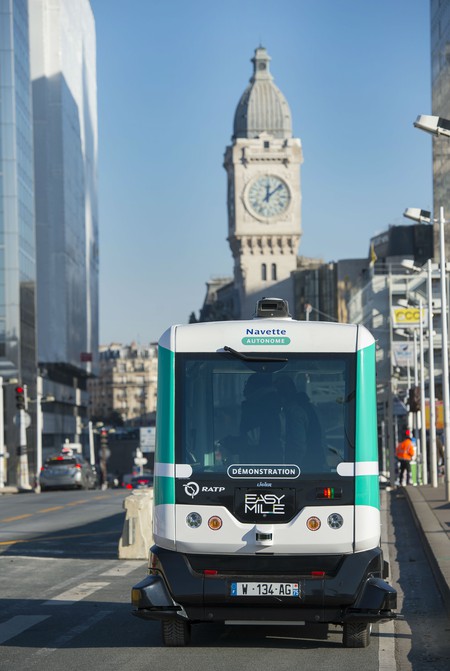 Baidu unveiled the bus at the company’s annual artificial intelligence developer conference. Chief executive Robin Li presented an inside look at the autonomous bus production line to attendees. During his keynote address, he said: “2018 marks the first year of commercialization for autonomous driving. From the volume production of Apolong, we can truly see that autonomous driving is making great strides—taking the industry from zero to one.”

Baidu is not the only company producing self-driving buses. Navya, a French company, has introduced autonomous shuttles to Charles de Gaulle airport in Paris, the streets of Las Vegas, and the Queen Elizabeth Olympic Park in London. Australia’s Intellibus, South Korea’s KT, and France’s EasyMile are also working on solutions.

The idea of a self-driving bus still seems novel, and although Baidu will mass-produce them, it’s unlikely they are ready to be used outside confined areas like airports yet. There are plenty of automated subway-style travel options in airports now, but the major difference with solutions like Baidu’s is the buses don’t run on tracks. Although we won’t likely see the streets filled with driverless buses just yet, they’re certainly on the way.