Resurgence of Folk Art and Religion in China: The Miaofeng Shan Temple Fair

Officially, China is a communist country which doesn’t follow religion, but spiritual beliefs span a history too long to be erased. Even today, many traditions are carried out by people offering their prayers to the gods of the past and wishing for a fortunate future.

Despite what the history may hold, the Western hills of Beijing remain a place of worship and pilgrimage, as well as a scenic hiking spot on less ceremonial occasions. The Miaofeng Shan (mountain) has been a pilgrimage-trek for centuries now and remains such till this day. The trail is most popular from the end of April to the beginning of May, when the Miao Feng Shan Temple hosts the biggest temple fair in northern China. The fair gathers crowds not only for worship, but also to admire the customs and traditions of the locals, such as incense rituals, banner worship and lion shows.

The reason this mountain is of such importance to believers, is the modest shrine located at its summit dedicated to Bixia Yuanjun or the Heavenly Jade Maiden. Her powers are known to cure the ill, bring prosperity to merchants, help barren mothers and bring other blessings that lead believers to tackle the challenging path to the top.

American journalist Julius Eigner admires the perseverance of devotees in their determination to complete the pilgrimage:

Pilgrimages to the mountain have been recorded as far back as the 13th century, when the Mongolian empire took governance in China, establishing the Yuan Dynasty and proclaiming Daidu – modern-day Beijing. Although pilgrimages were halted during the Japanese Invasion and Cultural Revolution, they were resumed soon after, carrying ahead the legend of Miaofeng Shan. 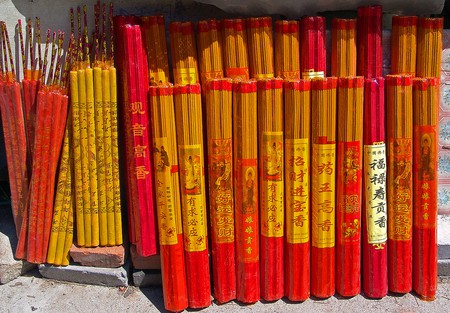 The mountain is located 55km (34 mi.) to the west of Beijing and is the closest mountain to the city, reaching a height of 1,290 metres (4,232 ft). Buses departing from Pingguoyuan station (west end of line 1) are available once a day, everyday, and go directly to the mountain.