The city of Qingdao, one of China’s major seaports, is famous for two things. Firstly its beer, which is made in the Tsingtao brewery, the city’s major tourist destination, found on a road where everything is shaped like beer bottles. Secondly, its seafood, caught fresh from the yellow sea and available across the city. Qingdao’s best restaurants combine these two things and offer much more, including stunning views and new dining experiences. 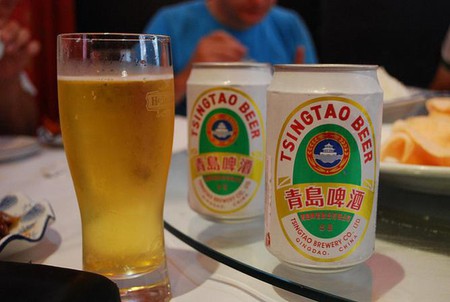 Restaurant, Italian
Facebook
Email
Twitter
Pinterest
Copy link
Share
The Italian restaurant Cassani serves delicious bream and other fresh seafood. Dine here after sampling a few of the beers that give the area its name.

Restaurant, Seafood
Facebook
Email
Twitter
Pinterest
Copy link
Share
Qingdao is known as the center of what is called Shandong cuisine, dishes which are usually seafood-based and liberally flavored with garlic, shallots and soy, with an emphasis on simple cooking processes for delicious results. Shandong-style dishes can be found in most Qingdao restaurants, but for a winning combination of quality and views look to Qingdao Seafood Restaurant, where the slightly higher prices are compensated by real quality, and crucially extremely fresh, seafood. Dishes include Shandong staple seafoods like sea cucumbers, conches and prawns either stewed deep fried or roasted as tradition dictates, all overlook Qingdao’s striking beach.

Restaurant, Chinese
Facebook
Email
Twitter
Pinterest
Copy link
Share
When in a city as sprawling and densely packed as Qingdao, it is easy to feel confined or constantly bombarded by fascinating but intense sights, smells and sounds. Get out of the bustle by (literally) rising above it in the 230-meter-high Rolling Restaurant on top of the TV Tower. Obviously, the views are stunning, with the restaurant offering amazing panoramas of the entire city, but the food also has much to draw in the crowds, offering one of the most varied menus in the entire city, with a comprehensive selection of meat, fish and vegetable dishes available for when you can finally tear yourself away from those windows.

For equally stunning views, albeit a little closer to terra firma for those with less of a head for heights is the Blue Wave Gulf Restaurant, backing as it does onto the Taiping Bay. And with such close proximity to the beach comes incredibly fresh seafood of all kinds, fresh from the bay and cooked in countless styles by the Blue Wave Gulf chefs. All the most popular Cantonese and Sichuan plates are available from the ever-evolving menu, with Cantonese classics bird’s nest soup and shark fin soup always particularly popular, as are the often fiendishly hot spicier dishes.

Restaurant, Chinese
Facebook
Email
Twitter
Pinterest
Copy link
Share
South Korean food and cultural influences are ubiquitous around Qingdao, perhaps unsurprising due to how close they are to each other, separated by a relatively small body of water. Because of this, Qingdao offers a fascinating example of how Chinese and Korean cultures can merge, and no example is better of more delicious than the food at Hanshunyuan Korean Charcoal Barbecue Store. Everything is cooked in the traditional Korean barbecue style (do-it-yourself style in the centre of the table, making it a great social meal). However, there are very Chinese flavours ever-present, particularly in the restaurant’s famously delicious BBQ sauce.

Restaurant, Korean
Facebook
Email
Twitter
Pinterest
Copy link
Share
If you are looking for the more authentic, strictly Korean bibimbap or barbecue then Chunchaun Iron Plate Chicken is the place to be. With the South Korean authenticity comes a really spicy standard of dish, but it is the perfect restaurant for anyone who likes their food with a little heat. One of their dishes, probably the most popular and one of the spiciest in fact, is the signature dish that gives the restaurant its name: the Iron Plate Chicken, served with sweet potato, cabbage and glutinous rice cake. With generous portions that are perfect to share, do not leave the city until you have tried it at least once.

Restaurant, Italian
Facebook
Email
Twitter
Pinterest
Copy link
Share
For a more fine dining experience, try the Shangri-La Hotel’s signature Italian restaurant, Da Vinci. Executive chef Eric Soong has spent the last decade and a half working in fantastic restaurants throughout the Middle East and Asia, and he brings his experience to the food here. What is clear is his commitment to seasonal, local and fresh produce, which is the cornerstone to all of the food cooked at Da Vinci, with the restaurants maxim being that ‘the stars in the kitchen will always be the excellent products used’. As such, in Da Vinci you will find some of the best seafood and meat in the city, lovingly prepared into their distinctive signature dishes.

Restaurant, Chinese
Facebook
Email
Twitter
Pinterest
Copy link
Share
It is a search that many if not all of us who have visited China have had to make: the search for the perfect steamed dumpling. Countless fights can be had in Chinese cities amongst travellers who hold firm that their dumpling discovery is the finest. However, Qingdao is immune from this, with the best dumplings generally agreed to come from one place: the Chunhelou Restaurant. Another key restaurant in the Shandong cuisine, it has been open for over a century, first serving its delicious food as far back as 1891 from its two-story building in the heart of the German Concession.

Seating 1200 over its staggering 100 rooms, Yiqinglou Seafood Restaurant is a giant tribute to the best seafood Qingdao has to offer. The size of the restaurant has not altered the quality of the food, with the restaurant holding the title of ‘First Class Restaurant’ for over a decade now, as well as appearing in all good guides to China’s best restaurants. The seafood is sourced from the restaurants large pool, teeming with seafood of all kinds from Qingdao, China and the rest of the world.

Restaurant, American
Facebook
Email
Twitter
Pinterest
Copy link
Share
With Qingdao home to so much delicious seafood not traditionally eaten in the western world, and with Shandong cuisine so strong, western cuisine is often (understandably) neglected by visitors to Qingdao. However, Sitting Bull should be the one western restaurant you go to. What makes it special is its selection of craft beer, brewed by the restaurant themselves, and only the highlight of an extensive drinks menu of both local and international, imported beers, wines and ciders. That it has recently expanded in a new location is a testament to the quality of its ribs, homemade sausages and pulled pork.
Give us feedback