This Technology Could Help Make Testing Cosmetics on Animals Obsolete 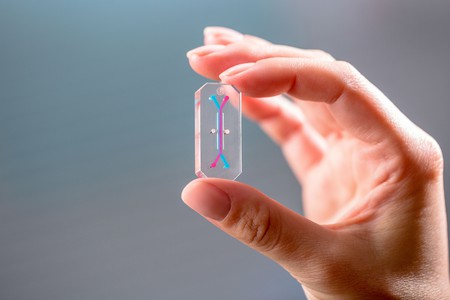 The Emulate chip | Courtesy of Emulate

Animal rights campaigners have fought bitterly for decades to put an end to animal testing in the cosmetic industry. They’ve made significant progress, and many countries have banned the practice completely. But in some parts of the world animals are still being tortured and killed in the name of beauty. Can new technology make animal testing obsolete?

Cosmetic tests on animals are now illegal in the E.U., India, Israel, Norway, Turkey, New Zealand, Australia, and Switzerland. In the U.S., animal testing is not required, although the practice is legal. However, there are still many countries where animals are subjected to testing regularly, including China. In fact, any company wanting to sell cosmetics in China is forced to pay for animal tests in China itself, according to PETA, the animal protection organization.

“So, while a company like Avon or Estee Lauder may not test on animals in the U.S., they are both paying for tests on animals in China,” says Amanda Nordstrom from PETA’s Beauty Without Bunnies program.

For the animals chosen for cosmetic testing, life—and death—is grim. “These animals spend their lives in small cages, live in constant fear, and suffer through painful experiments without anesthesia” says Nordstrom. “Rats, mice, guinea pigs and rabbits, are forced to swallow or inhale massive quantities of test substances or endure the pain of having chemicals applied to their sensitive eyes and skin—even though the results of animal tests are unreliable or not applicable to humans, and there are more modern non-animal safety-testing methods, such as computer models and cell and tissue cultures.” 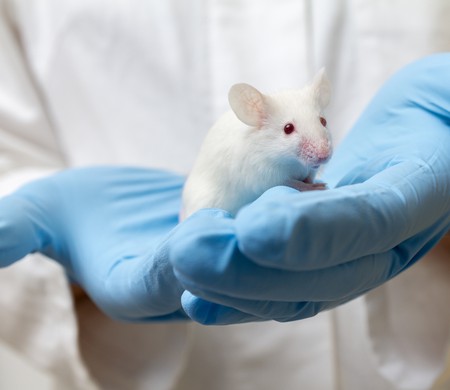 One of the most promising new technologies that could eliminate the need for animal testing is Organs-On-Chips, a concept born out of the Wyss Institute at Harvard University and subsequently spun out commercially to a company called Emulate.

“Our Organs-on-Chips technology is designed to recreate living human biology outside of the human body—including different organs such as the lung, liver, brain, and skin—so researchers and product development teams can use the system to better predict how the human body will react to diseases, medicines, chemicals, and foods,” explains Geraldine A. Hamilton, Ph.D., President and Chief Scientific Officer of Emulate.

Emulate’s technology creates a micro-engineered environment lined with living cells and tissues to recreate what the company calls a “home away from home” for human cells. “Emulate’s Organ-Chips—such as the lung, liver, brain, or skin—provide a level of functionality and control of the biology in a way that hasn’t been seen before, so that the technology can be used to emulate the effect a cosmetic product will have in a human biological system and, therefore, better predict human response to a cosmetic product,” Hamilton says.

Animal testing isn’t just cruel, it’s also notoriously unreliable. Tests which don’t use animals usually take less time to complete, are not affected by differences in species, and cost only a fraction of the price of animal tests.

And Emulate’s technology is not the only method with the potential to make animal testing redundant: many systems are already being used all over the world. A contract research laboratory called Cyprotex provides 2D and 3D skin and ocular models to assess the toxicity of cosmetics inside a test tube.

MatTek is another company tackling this problem, using cornea-like 3D tissue structures produced from human cells. These structures can be used in place of dripping and rubbing cosmetic substances into the eyes of rabbits. Another biotechnology company, HµREL® Corporation, has developed a test tube model of a human liver, that is hoped will study the breakdown of chemicals in the human body. 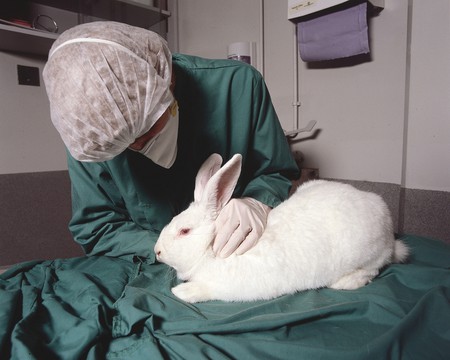 Emulate’s goals expand far beyond the cosmetic industry, and the company already has agreements in place with major pharmaceutical firms to use its technology for ethically-sound testing of drugs. “Our goal with the Organs-on-Chips technology is to emulate living human biology—so that we can better predict how diseases, medicines, chemicals, cosmetics and foods will affect human health. Our system is designed to offer better precision and human-relevance than today’s animal testing or cell culture experimental methods,” says Hamilton.

China remains the biggest target of animal rights campaigners seeking to eliminate animal testing entirely. PETA has been funding the work of scientists at the Institute for In Vitro Sciences—a group working with officials from the Chinese government to develop non-animal testing methods for cosmetics sold in the country. The animal rights group celebrated a significant victory recently when the Chinese government announced it would be streamlining the process for registering imported cosmetics, meaning tests on animals may not be automatically required in China in the future.

The tireless work of PETA, combined with the breakthroughs in technology from the likes of Emulate and MatTek, means the cosmetic industry is cleaning up its act, and the cruelty and violence underpinning the industry will hopefully be eradicated forever.