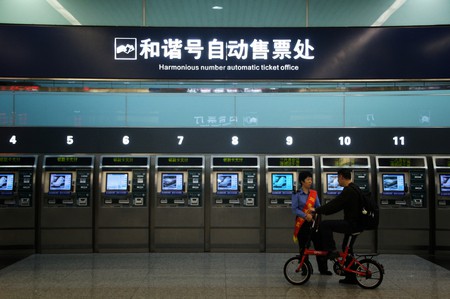 Chinglish, or Chinese style English (中式英语), is a term commonly used to refer to inaccurately translated written or spoken English. The phenomenon most often presents itself via grammatical errors and mistranslations displayed on public signs across mainland China. However, in recent years, with thanks to social media and an increased international presence in Chinese cities, Chinglish has been both amusing and offending English-speaking audiences worldwide. But as of December this year, all of this is about to change.

The State Language Commission, the Ministry of Education, and the Standardisation Administration of China have collectively revealed a document entitled, The New National Standards on Use of English. The text has been divided into 13 separate sections including hospitality, education, tourism, finance and transportation, which lay out the correct translations for the commonly used words in each area. 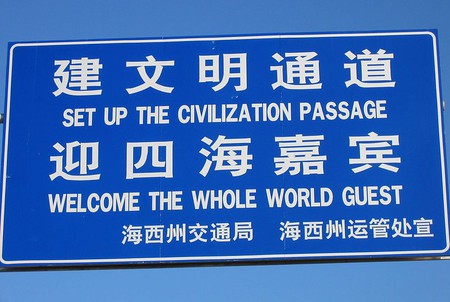 The policy, which states that all translations should prioritise grammar, also plans to provide 3500 translations of the country’s most commonly used phrases. Furthermore, according to the document, there will be a ban on all derogatory content or any translations that may have a damaging impact on China’s image.

Although these clumsy translations have long been a source of hilarity for Westerners, Chinese officials do not see it as such. At a press conference regarding the New National Standards, the Director of the Standardisation Administration, Tian Shihong, said, “Through developing and implementing this language standard, we want to boost our cultural soft power and international image.” 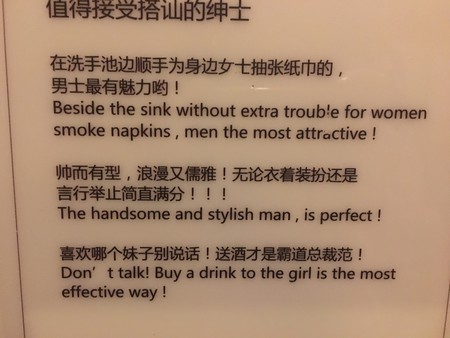 It is also believed that the poor translations are preventing the progression of a multilingual society and leading to damaging societal issues. One obviously offensive and socially disruptive example is Beijing’s infamous ‘Ethnic Minority Park’ or ‘民族园’ road sign, which unfortunately translated to ‘Racist Park.’

It is worth noting that this is not the first time China has tried to clean up its English. During the time leading up to the Beijing Olympics in 2008, the Beijing Tourism Bureau set up a hotline for the public to tip them off to bad signage. Similar attempts were also made in Shanghai in 2010, prior to the Shanghai Expo. 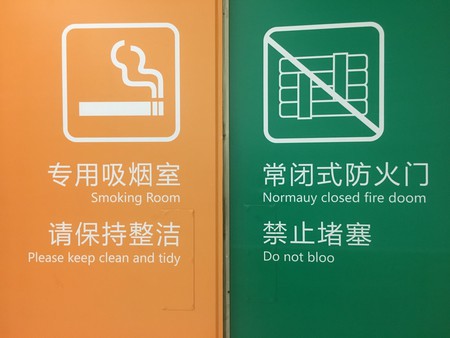 As China’s quest for soft power continues, Chinglish isn’t the only thing taking a hit. Beijing has also been targeting its historic hutongs by bricking up the front entrances of the hipster establishments that line the narrow streets. The merciless brick-laying has dealt quite a blow to local business owners and their clientele, however, many businesses have found ulterior ways to remain open: back doors, windows and ladders to name a few.

Quite naturally, there are those who protest activities such as abolishing Chinglish and bricking up hutongs. The incorrect translations and the quaint traditional streets that house them are part of China’s cultural charm, and are arguably already contributing towards China’s soft power. Fortunately for Chinglish enthusiasts, it’s not yet certain if the new standards will be rigorously enforced. Even if officials come down hard, the stark discrepancies between the two languages signal hope for Chinglish yet. 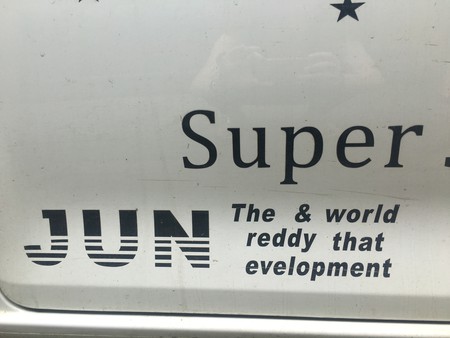 What does this mean? | Courtesy of Kate Byrne
Give us feedback