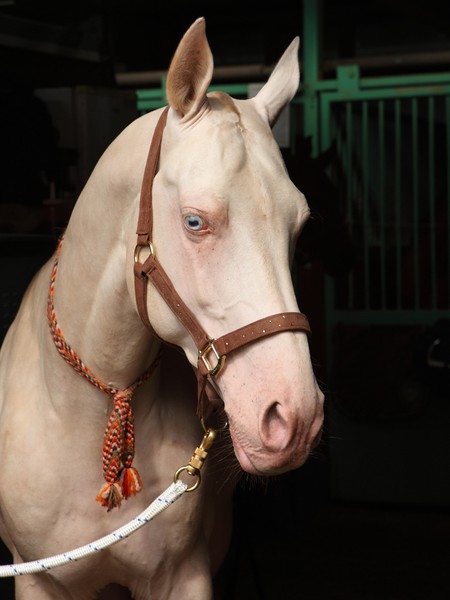 The legend of the Han Xue Ma horses – also called Akhal-Teke or Ferghana – in China can be traced back to the Han dynasty period (206BC–220AD). Their Chinese name, Han Xue Ma, translates literally as ‘sweats blood’, and these beautiful creatures’ hair has a distinctive metallic sheen. The horses are native to Turkmenistan, and were brought back to China by legendary diplomat Zhang Qian.

These horses got their unusual Chinese name because when they run, their blood vessels are very clearly defined through their thin, almost-transparent skin. The glands around their shoulders and neck are so strong that when they sweat, they emit a reddish liquid that makes the colour of their fur looks darker and gives the disconcerting appearance of bleeding. Hence, they were given the Chinese name Han Xue Ma (which translates as ‘sweats blood’) horse. 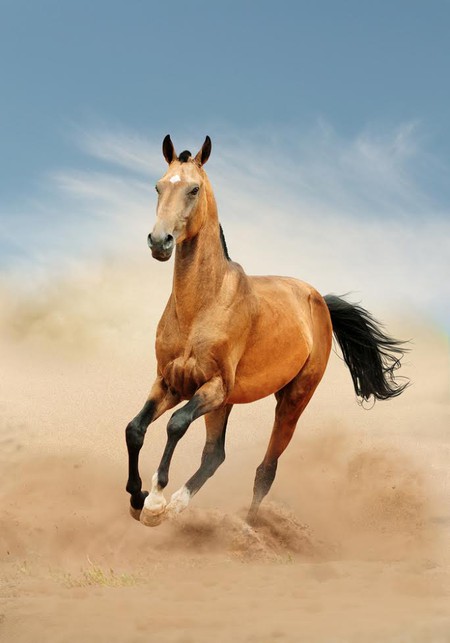 There are three kinds of horses generally considered to be the crème de la crème of purebreds: Akhal-Teke, Arab and English. Akhal-Teke horses have the purest blood, while the other two both have genes from the Turkmen horse. 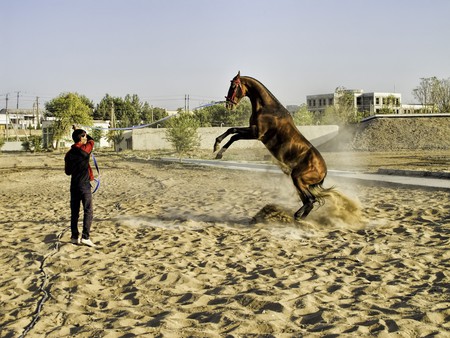 This endurance, speed and toughness led to the Han Dynasty’s Emperor Wudi starting not one, but two wars with Turkmenistan after they refused to willingly supply him with more horses. The wars led to the Han Dynasty having an impressive collection of over 1,000 Akhal-Teke horses, which the emperor thought was invaluable. He hoped to breed them so that China could have its own infinite supply of magnificent horses.

‘Sweats blood’ horses were hugely popular in China for roughly 1,000 years, but then, almost as suddenly as they became popular, they went out of fashion as people’s tastes changed. No longer was speed the defining attribute of a horse – people wanted their horses large and strong, whereas the Turkmen horses were lean. Natives of China started to prefer local horses whose strength was unmatched by their Central Asian cousins. This change, along with the increased breeding of local Chinese horses, meant the demand for Akhal-Tekes virtually disappeared. 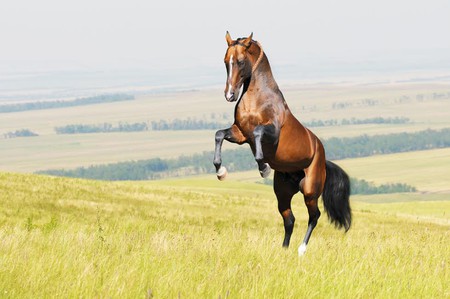 While the common farmer in China may no longer require the assistance of Akhal-Tekes, culturally, they are still a much-revered and admired animal in China and Turkemenistan, and are one of very few things that bind these two countries together.

Indeed, in recent times, two former Chinese presidents both received ‘sweats blood’ horses as gifts from the government of Turkmenistan – Zemin Jiang in 2000 and Jinping Xi in 2014. While Emperor Wudi’s dream of a China full of Akhal-Teke horses may never have come to fruition, it is reassuring to know the presence of these magnificent creatures lives on in China, over 2,000 years since they first arrived.