Stefano Cerio has a passion for capturing desolate locations normally populated by tens of thousands of people. We spoke to the Italian photographer about his epic project Chinese Fun,which took him to Beijing, Shanghai, Qingdao and Hong Kong to document empty recreational locations, including brilliantly lavish theme parks.

They’re big business too, with Shanghai Disneyland attracting over 11 million visitors in its first year and a three-billion-yuan (US$455 million) Polar Ocean Park planned for Shanghai in 2018. But what do these theme parks look like when they are not frequented by thrill seekers? 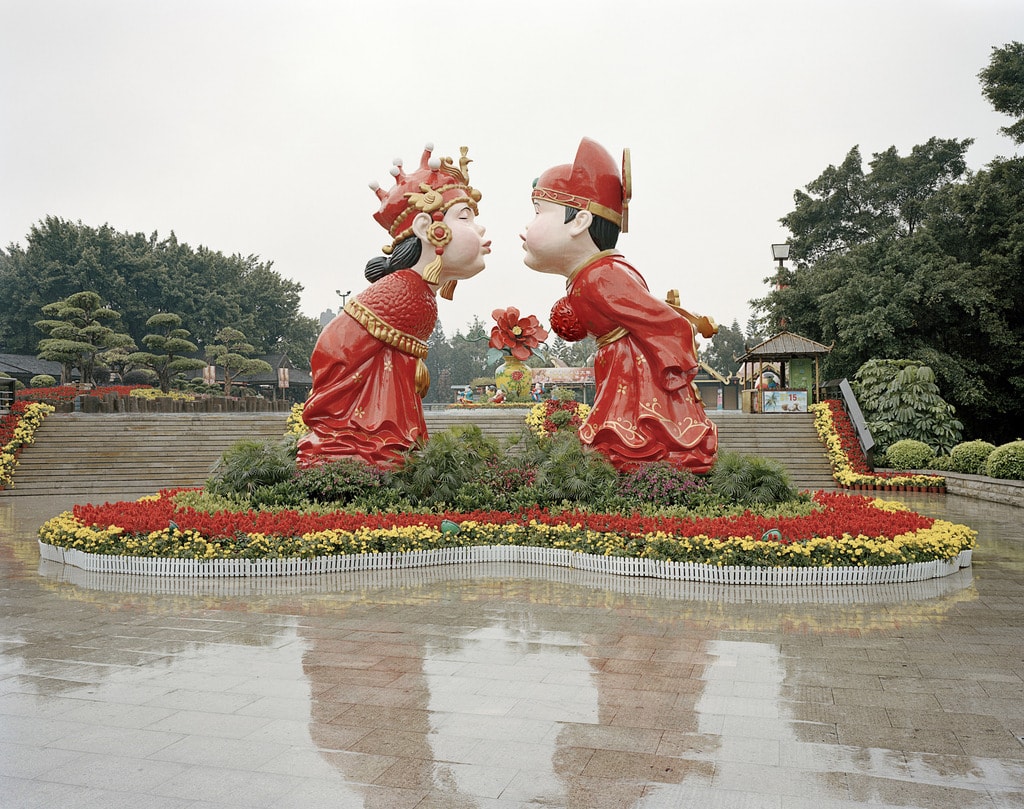 Using a large format camera which, Cerio tells me, acted as ‘an extremely slow medium that helped [him] very much in an extremely fast country’, the Italian artist has created an intriguing portrait of the spaces we go to get away from it all. Mixing local and Western culture, the amusement parks in Cerio’s captivating series (published by Hatje Cantz) are more than just symbols of a fun and frivolity, but emblems of the fabricated spheres we create to escape reality.

Culture Trip: Your work focuses on the uncanny element of contemporary society’s pleasure activities. What drew you to photograph the abandoned theme parks of China for your series, Chinese Fun?

Stefano Cerio: I’m not interested in abandoned places, as none of the Chinese sites are in a state of neglect. But I am interested in the contrast between the full and the void. In China, amusement parks are frequented by millions, so this contrast becomes particularly strong. The photos were taken in the early morning hours so there wouldn’t be any human presence. 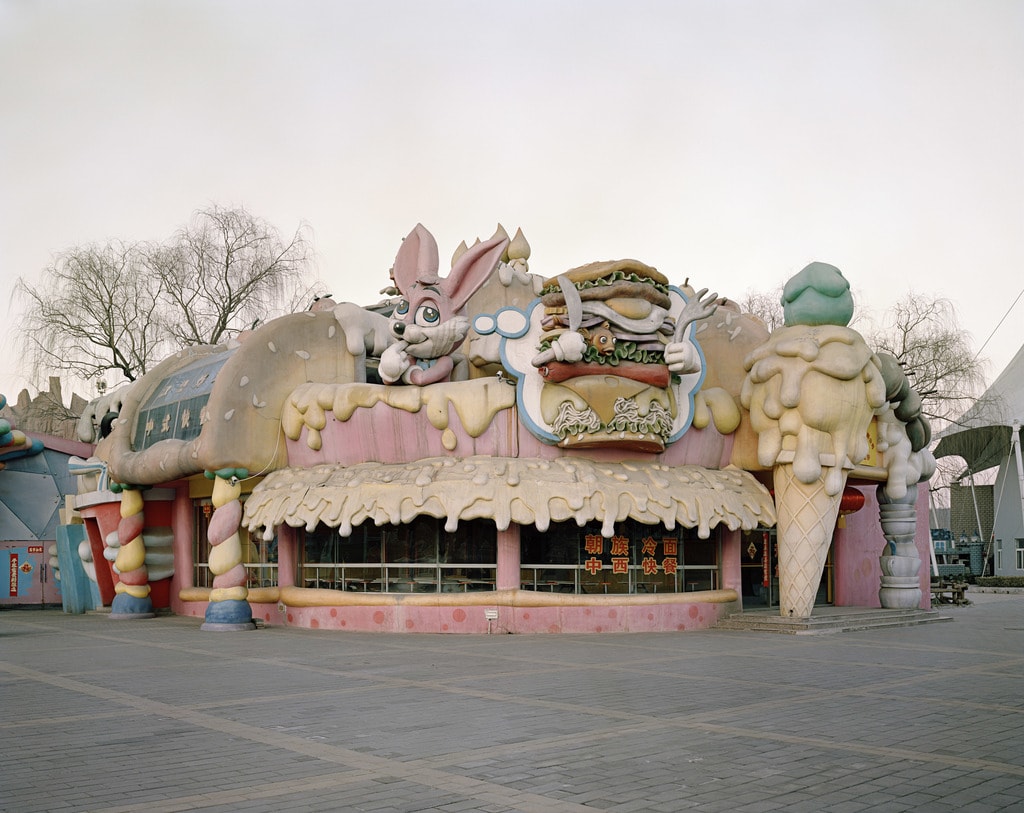 CT: How did you choose which parks to photograph?

SC: Places were selected via a long search on the Internet and with the help of my assistant in China. Then the choice was based on the possibility of finding the empty parks at certain hours.

CT: Were there distinct differences evident in each of the regions you travelled to?

SC: The harsh climate of Northern China was more suited to my photographs because the temperature in the morning was many degrees below zero, keeping people away, and the sky was almost always white, making it the perfect light for taking photos. 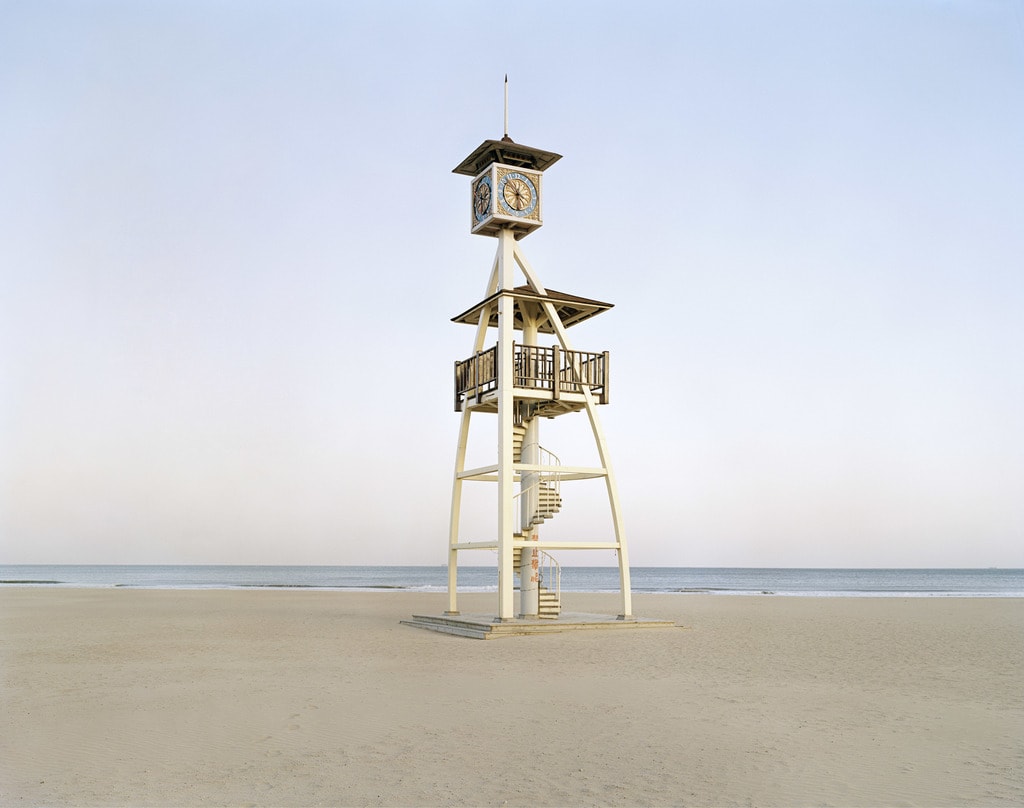 CT: What was the most memorable location in the series, and why?

SC: Surely the most interesting location was the big jar of fake fruit (the cover of the book) found in the vicinity of the Great Wall, making it the perfect example of fun and incongruous that I particularly love. 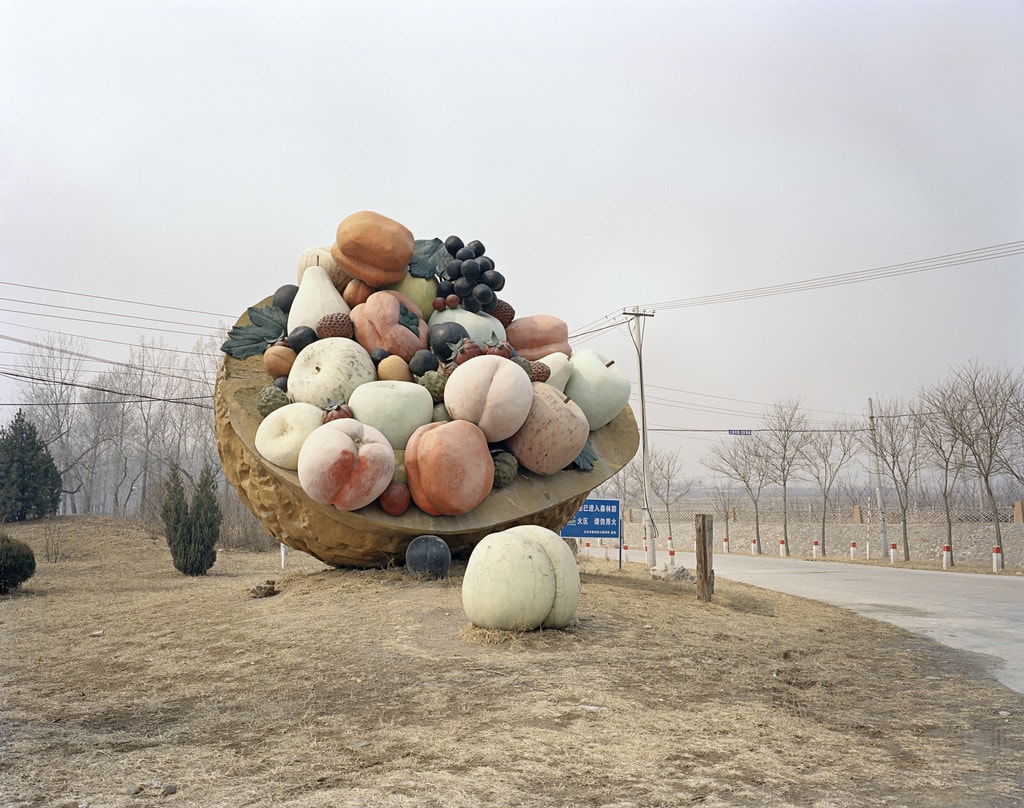 CT: What can we learn about the Chinese culture from these recreational locations?

SC: These pictures appear to reflect a childish and playful aspect of the Chinese soul, which seems very interesting to me as it’s the opposite of the stereotype we have of the Chinese being devoted only to work. 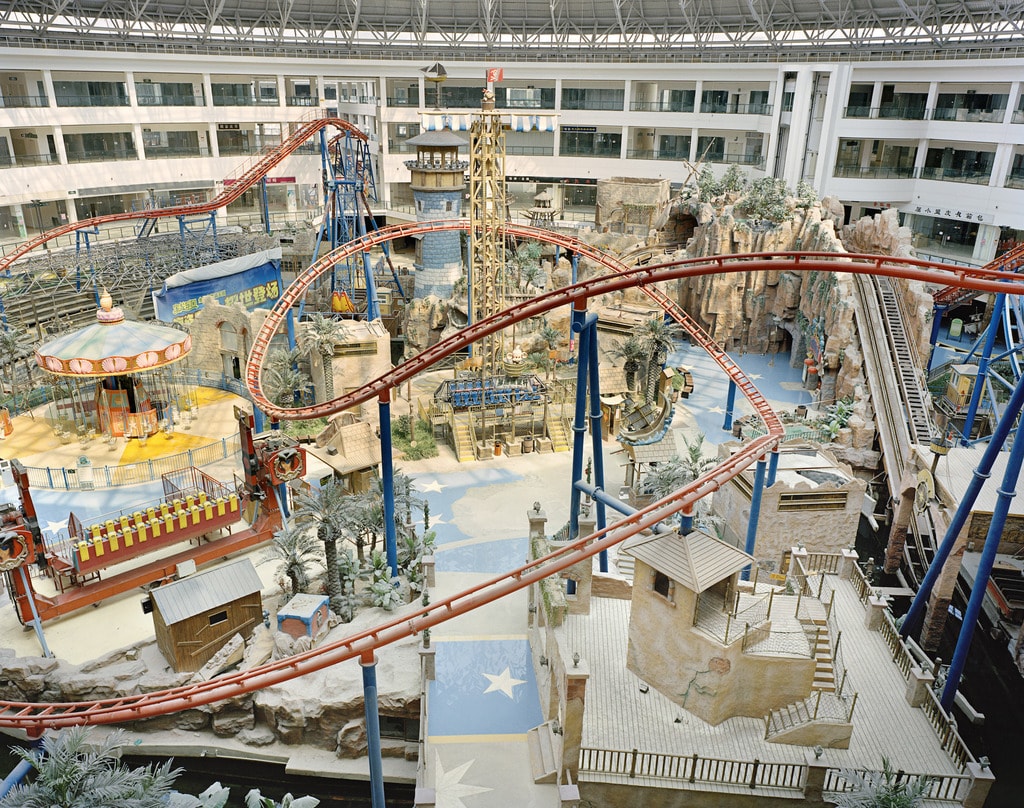 CT: Or is it a reflection on a wider societal culture to escape the quotidian?

SC: Surely there is also a reflection of a way to have fun that is increasingly in need of superstructures. 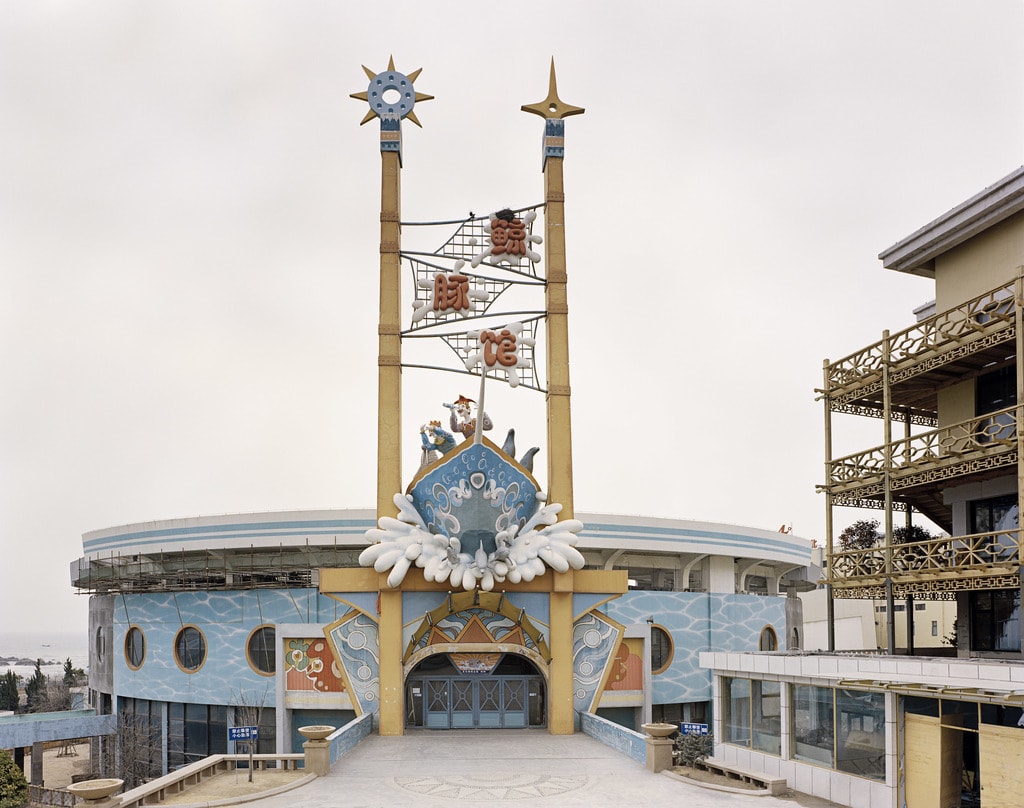 CT: Did you have an ultimate location you wanted to photograph?

SC: I would have liked to photograph the new large parks built in Shanghai and Hong Kong, but they were not ready yet! 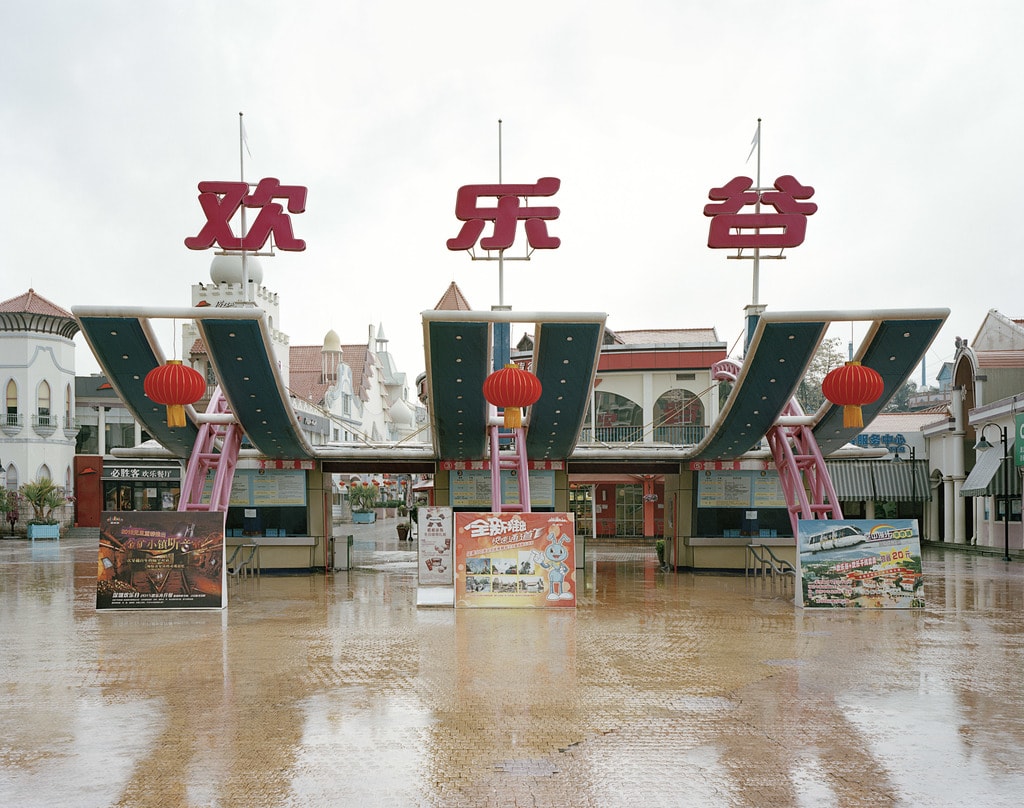 Discover more photography books with our guide to the best books to buy the photo lover in your life.