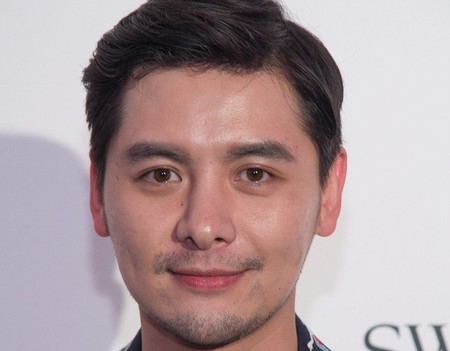 Chinese fashion bloggers are a powerful bunch. Having nailed their commercial offering way ahead of luxury brands in the digital arena, they have been quick to monopolise on millions of loyal fans. Unlike in the UK and Europe, they have also nailed China’s two main social media platforms WeChat and Weibo, cultivating empires beyond the realms of other bloggers’ understanding. And with 313 million active users on Weibo each month, this is clearly where the real money is. No-one knows this better than one of China’s top bloggers, Gogoboi, who recently launched his own boutique on WeChat – the latest in copious designer collaborations. But who is Gogoboi, and why does everyone care?

Having trained as an English teacher, Gogoboi moved into blogging via a stint as junior fashion features editor at Grazia China. It was here that he reportedly began to understand the power of opinion, and thus decided to give it a whirl himself.

And it's a wrap! I finally get to go home to be with my Nicole, Reese and Shailene. 🍻

He got his big break on Weibo

In 2010, Ye Sin started building his cult following on Weibo, where his quick, snarky takes on celebrity style were met with delight by users, and consequently the wider media. Today Gogoboi gets on average 100,000 views per article that he posts, and has more than seven million followers.

Well alright, he’s modelled in one Dolce & Gabbana show… however, given his current relationship with luxury brands such as Chanel, Louis Vuitton, Gucci and Fendi, it’s likely that as his reputation and popularity continues to increase, so will the regularity of his appearances in fashion’s most prestigious circles.

Finally I turned into a supermodel at the age of 18. @dolcegabbana f/w 2017

As savvy businessman as well as a snarky writer, Gogoboi was quick to realise the commercial potential of his brand. In April 2017, after sponsored content deals aplenty, Ye Sin launched his own boutique on WeChat, where he sells Western brands to his committed audience. Partners in Net-a-Porter, Farfetch and Yoox, and Gogoboi’s customers can often access items at cheaper rates than through the official channels, according to a report from SCMP. China is a notoriously complicated country for Western brands to break into; as a portal between the two commercial arenas it looks likely that this new enterprise will deliver lucrative results.

A poor but happy couple 😜

He also has a vibey Youku Channel

Gogoboi has cultivated followings beyond Weibo and WeChat, with a Youku Channel (the equivalent of YouTube in China) that sees him regularly interview celebrities such as Cate Blanchett, Karlie Kloss and Tim Burton, alongside presenting his own shows. The launch of the channel in 2016 illustrated how bloggers in China have moved from commentators to the main attraction.

Thanks to Gogoboi’s success, being a fashion blogger in China is a coveted position

The way in which Gogoboi used social media set an interesting precedent for those that followed. Unlike in the UK where posting an image engenders a certain amount of likes, in China, bloggers such as Gogoboi research and write article-length posts on these social channels. The move not only ensured that consequent fashion bloggers in the country followed a similar pattern, but also offers a new precedent for Western bloggers: you no longer need a website to cultivate a powerful brand.