Meet China's Most Popular Boy Band Who Sing About Homework 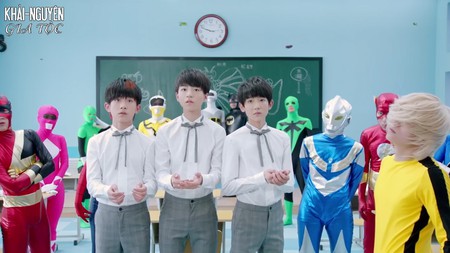 Boy bands in China are usually from South Korea or Japan, but it appears the country has finally managed to create their own homegrown version of Take That.

And we’re not joking about there being millions – lead singer Karry holds the world record for the most reposts on Weibo (the Chinese equivalent of Twitter) after he uploaded a birthday message in 2015, which ended up being shared over 42 million times.

The band like to sing about homework and winning a Nobel prize, while their lyrics also include lines such as: ‘We’re the future of Communism’.

The band debuted with the mini-album ‘Heart – Start to Love’ in 2013 when they were only 13 and 14. Since then they’ve enjoyed a series of hit songs including ‘Magic Castle’, ‘For Dreams, Always Be Ready’ and ‘Manual of Youth’.

Although their music has evolved over time, they’re still hugely popular in China and other Southeast Asian countries. 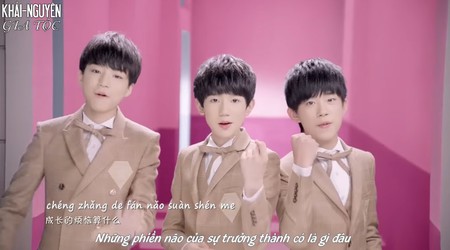 Chinese journalist Jin Zhao told Quartz: “If you examine their songs closely, you’ll see a change of themes. They went from teen love, or puppy love, which is still taboo in China, to more pro-nationalism themes.”

Their fans are nothing if not devoted; for Jackson’s 16th birthday last year, some of them held a party on a cruise ship in Shanghai, paid for a video advert in Times Square, New York, and even flew a hot air balloon over the Thames in London. One fan even bought lifetime rights for the singer to stay in a country manor in the UK.

While they have plenty of tweens following their every move, according to a survey conducted by Chinese media company Sina, nearly a quarter of their fans are at least 30 years old – double the band members’ current age.

In Asia, these women are known as “mother fans”, usually in their mid-20s to 60s, who get to indulge their maternal instincts by supporting the band. Anthony Fung, a professor who studies pop culture at Chinese University of Hong Kong, said that in some of these cases their fixation with the boys can be attributed to empty nest syndrome.

Many Chinese women only have one child due to the strict one-child policy that was enforced in the country for decades.

Fung told AFP: “The older fans may have kids who are grown up, so now they’re looking for someone else to be at the centre of their attention.”

It’s not just the music world that TFBoys taking over – they have also reached cinematic success, landing cameo roles in Mr. Six (2015), The Little Prince (2015) and Zhang Yimou’s The Great Wall (2016) alongside Hollywood star Matt Damon. They’ve even been selected as brand ambassadors for the 2020 Chinese Mars Mission. First, world domination. Next stop – space!